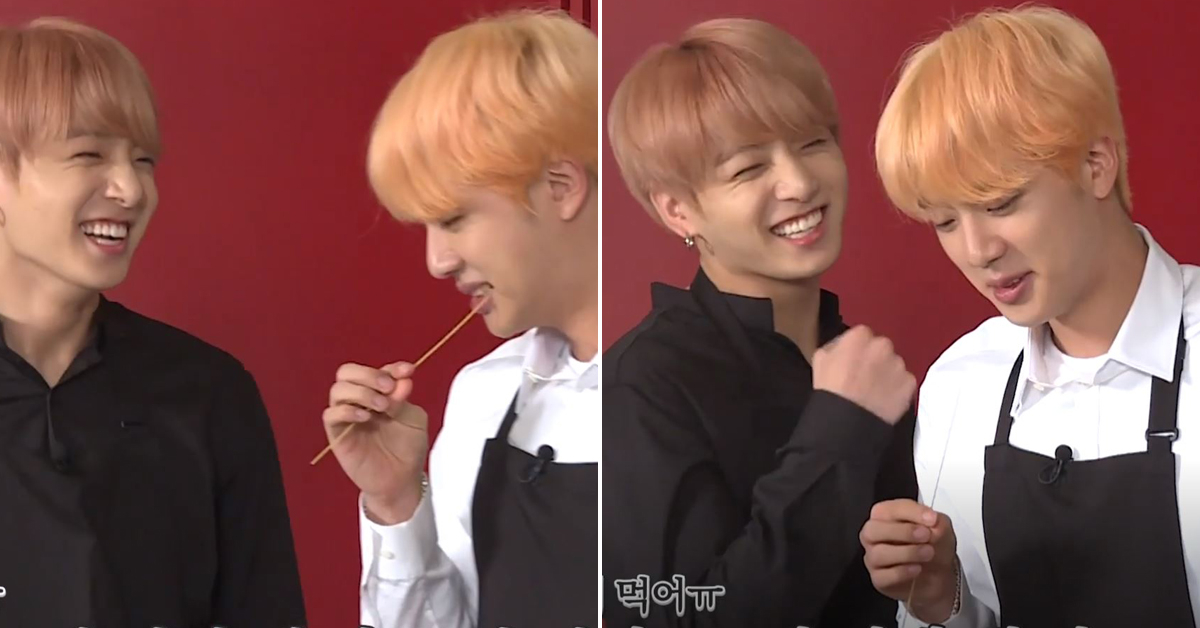 Is this cooking or...boxing? Check out these hilarious kitchen moments.


It's 2019 and BTS openㄴ the year with a cooking challenge. The menu is pasta, at the request of V himself. The members are divided into teams and from the beginning, the eldest-youngest pair show signs of upcoming laughter.


Already excited to be in the same group as Jin-hyung, who is well-known for his cooking skills, Jungkook seems unable to contain his excitement.


However, Jin is also quite excited as well. "Aha! It's been so long since I've been in such a good team."

At Jungkook's request, each team decides a team name. What name do Jin and Jungkook decide on?


"Since our maknae recently started learning boxing, our team name is boxing!" And they are on at it, furiously throwing punches in the air (while anyone mind reminding them that today's topic is cooking?).


Caption: The chaotic Boxing Team really throwing off the focus in the midst of the two other calm teams.


With Jin and Jungkook's excitement at its peak, the restaurant quickly comes to look like a boxing gym. Each team begins the race for making the best meringue, and while we are sure they are using kitchen utensils the atmosphere on one side of the room becomes quite intense.


Caption: The eldest cheering the maknae on.


Caption: When viewed as a full shot...the commotion is quite intense.


Way to go Jin...but maybe you should learn boxing fans think as they watch this hilarious scene of the Jin-Kook pair's extraordinary teamwork. What better way to give moral support?


Need a little salt? Here's how the Jin-Kook couple add just a tad bit of salt into their pasta.

"The team who has fun while doing it is the winner." Jungkook tells Jimin, who begins to lose confidence in the middle of the event. Yet, it seems as if it is this Jin-Kook couple who are having the most fun.


What will their final creation be? What kind of pasta will come out of such chemistry? The show will be continued in the next episode where fans will not only be able to see the kind of pasta born from their chemistry, but will also witness what happens when the youngest and the eldest BTS member are not on the same side.