What Did JIMIN Do To Make Everyone React Like This?? 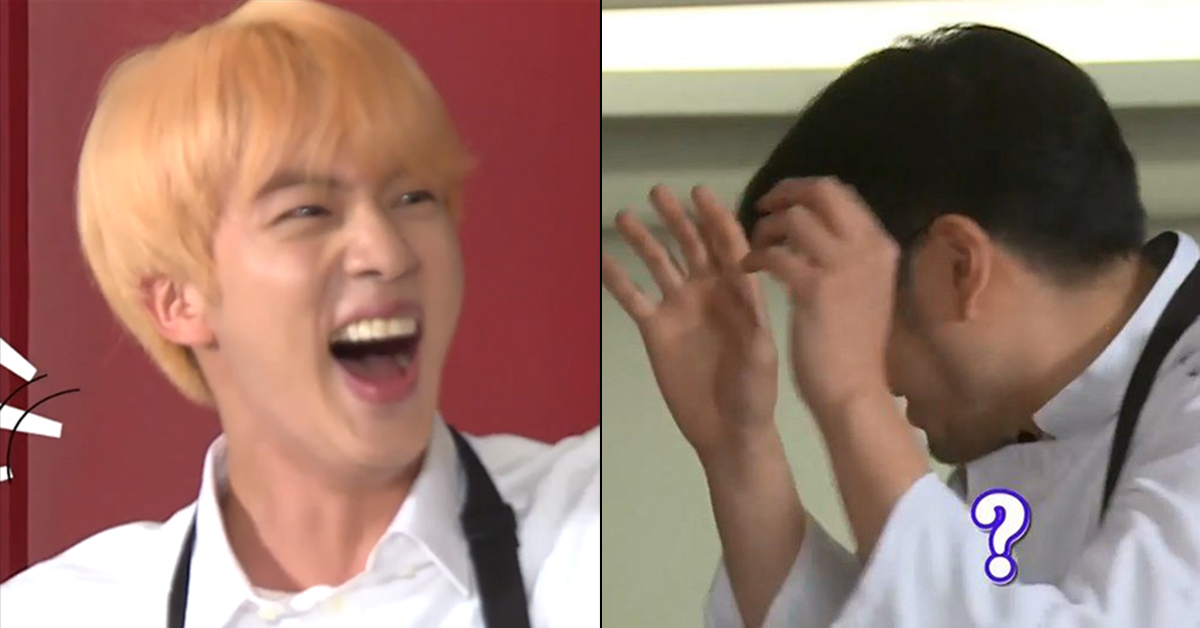 
BTS members pitted it out against each other in a battle for the best meringue.

This incident is called a "Meringue Catastrophe"!


BTS welcomed in the new year 2019 with the 57th episode of Run BTS! posted on New Year's day. The members were divided into three teams and challenged to make their own course of delicious Italian dishes.


The three teams were Jungkook and Jin as the Boxing team, V and Jimin as the 95ers team, and J-Hope, RM, and Suga as the Raf (rap+chef) team. Professional food columnist and food researcher Chef Park Jun-oh came on the show as a guest to help the boys along in their Italian cuisine journey.

Their first challenge was to make Italian meringue, which is like a type of whipped cream made by whipping up cold egg whites and adding sugar. The finished result should be fluffy and stiff, not runny. Once they finish mixing, they have to put the bowl over their head upside-down for three seconds and nothing should come fall out.


And then the chef yelled in astonishment. Why?


Because the meringue plopped right onto Jimin's head!


All members had a good laugh at the funny spectacle Jimin became, with sugary egg goop running through his hair.


After Jimin came back after cleaning up, the three teams got to choose the kind of meat they wanted to make their steak with. First place gets first pick!

The episode continued with the members completing other challenges and making more dishes, but the end results will not be seen until next week, when the challenge wraps up and each team's delicacies are judged.

Fans, of course, loved seeing the cute, competitive, and playful episode with their favorite boys. Their adorable reactions and friendly competition won the hearts of fans everywhere. We can't wait to see the video coming next week!