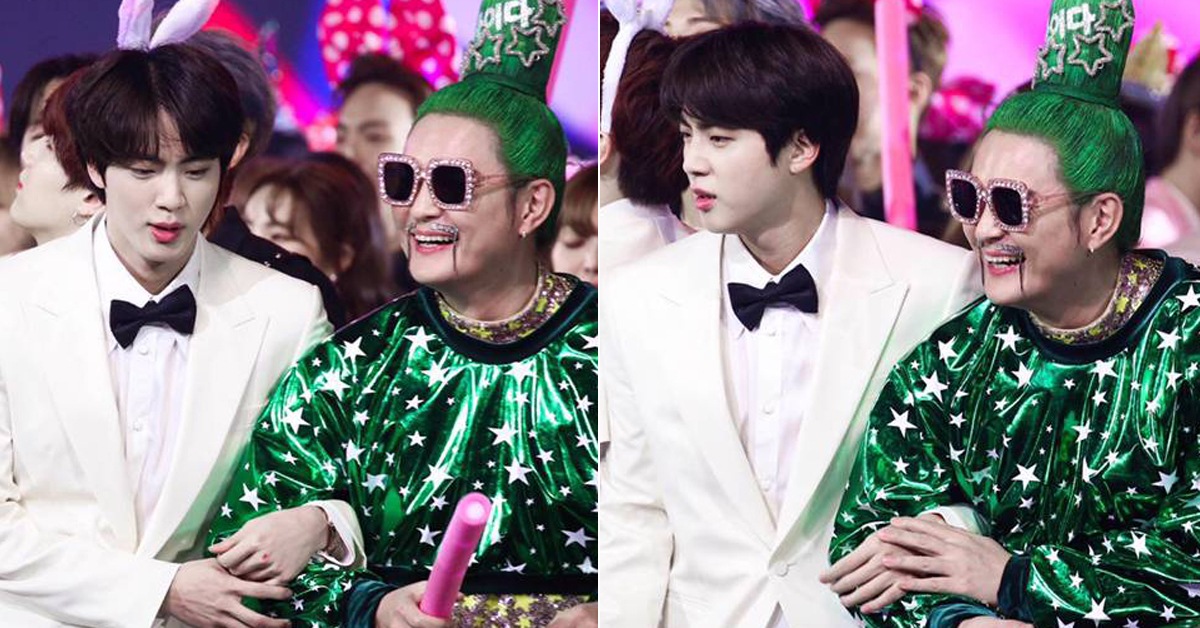 
Last Friday on the 28th of December, KBS held their end of the year annual Song Festival with the finale to be Kim Yonja's classic song Amor Fati, where all the idols made a surprise appearance, dancing and creating a stage true to the name of the ceremony.


During this festive finale performance, the BTS members stood at the forefront of the group of idols, waving their lightsticks and dancing in freestyle. Among them BTS Jin, known for his outgoing and social personality stood out the most, rocking the stage with his energy. 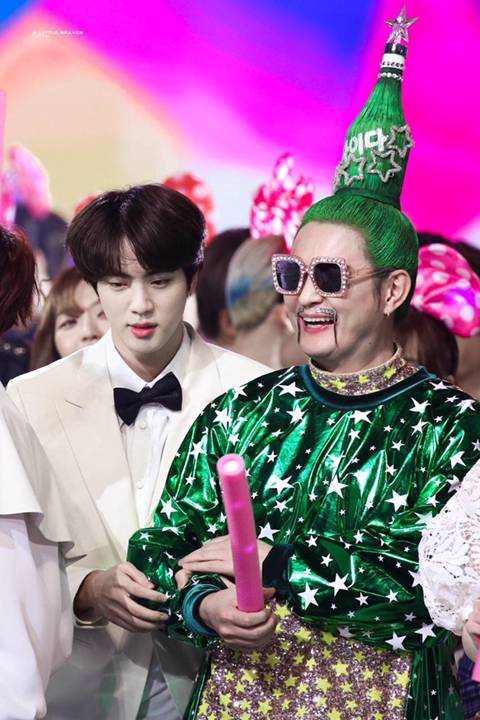 
As the song progresses, however, Jin suddenly disappears behind the crowd only to reappear again, this time, arm in arm with singer Zo Bin from NORAZO. Dressed in a Cider (Korean Sprite) outfit for his single Cider, Zo Bin was clad from head to toe in bright green, including his hair, which was the same color of the Sprite bottle worn on his head. 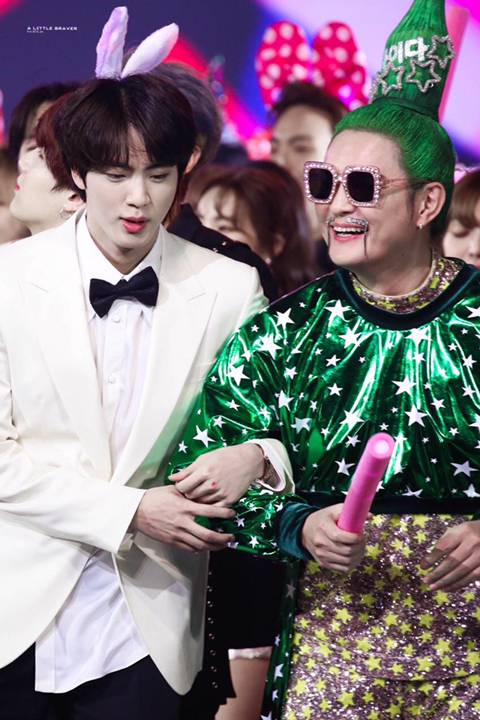 
It seemed as if Jin, who was already known for his outgoing and social personality, had already familiarized himself with Zo Bin. Though Zo Bin is a little startled at the unexpected show of intimacy, he recovers quickly from the surprise, dancing alongside Jin without skipping a beat.


Many netizens commented on Jin's outgoing personality calling him a "Heck Insider" or "Heck Insa" for short. Yet, many also commented on considerate Jin was. Instead of taking his spotlight for granted, Jin demonstrated his kind heart by bringing to the front a singer who was hidden behind all the young idols. 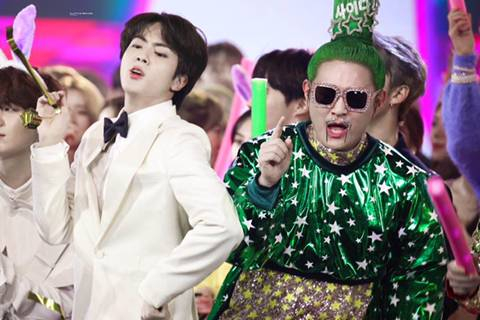 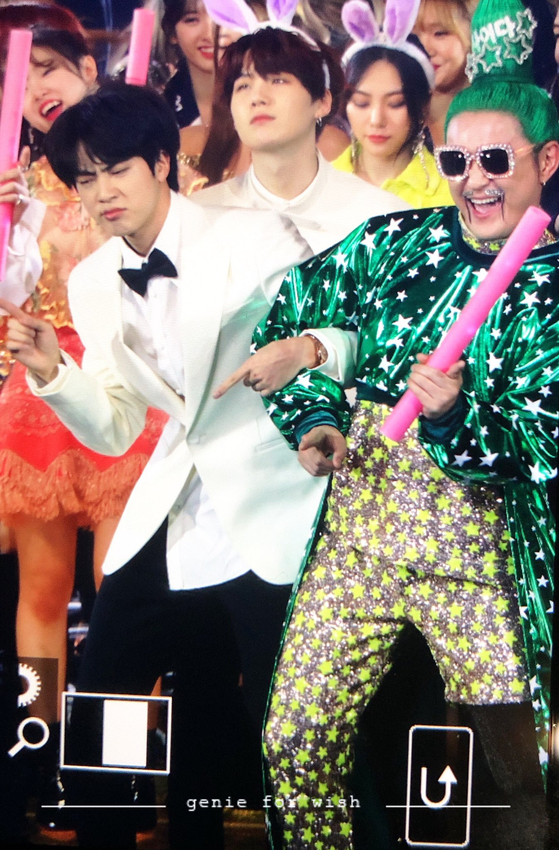 
"After getting his green lightstick taken by RM Jin brought a green man." Fans joked fondly. Other comments included mentions of his super outgoing personality and one jesting that "it's certain Jin's lover is not among the people there" as it would invoke extreme jealousy. It seems as if Worldwide handsome is not only social and outgoing, but also possesses a heart of gold, fit for one so loved by all.