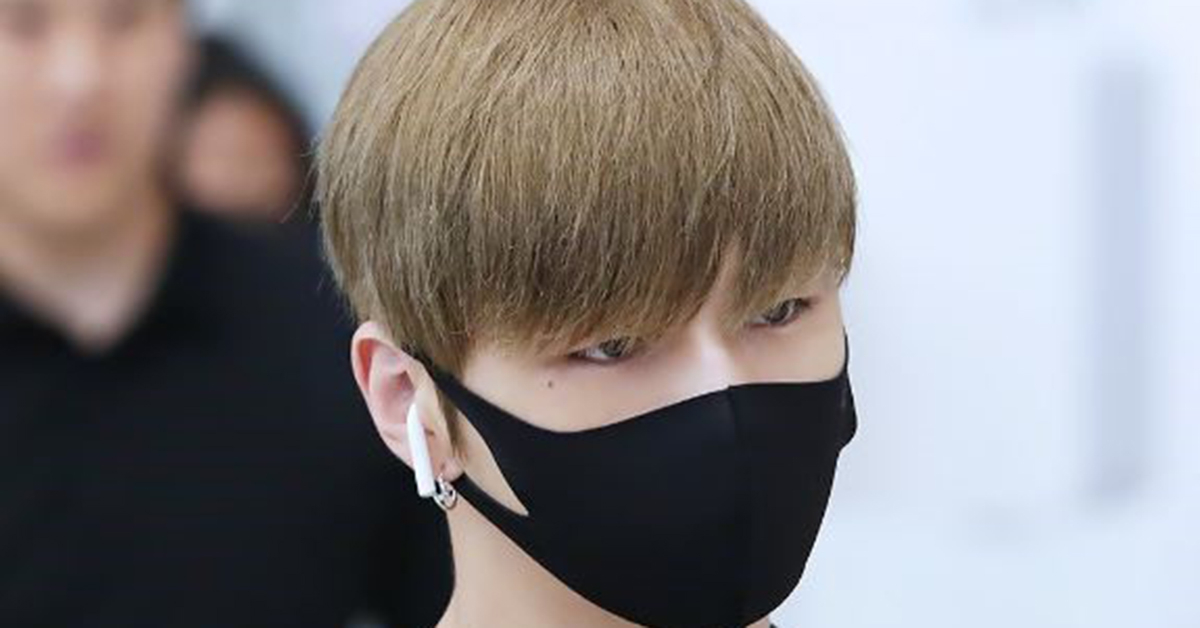 
Wanna One is facing its disbandment after the upcoming last concert in January.


As the group has consolidated their position in the K-pop scene as one of the most popular K-pop boybands with a lot of fans, the fact that they are facing their last concert have their fans saddened.

So lots of fans had to undergo an intense competition to get the tickets.

What's the real problem here is that there always has been a black market that prospers every time a major K-pop group holds a concert as tickets are in high demand.

People with such inappropriate intentions have put Wanna One's tickets on sale at unreasonably high prices.

This "high price" we are talking about is not just high. It's insanely high. 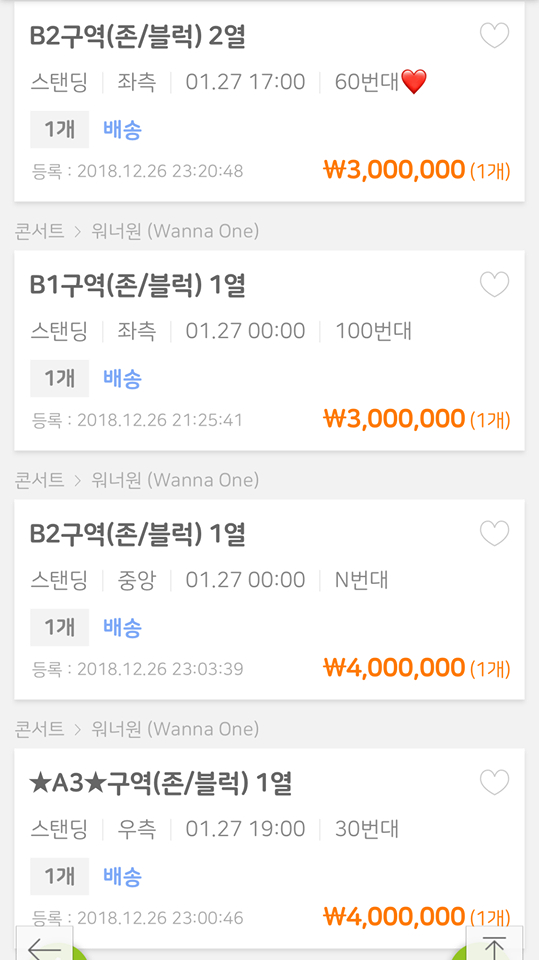 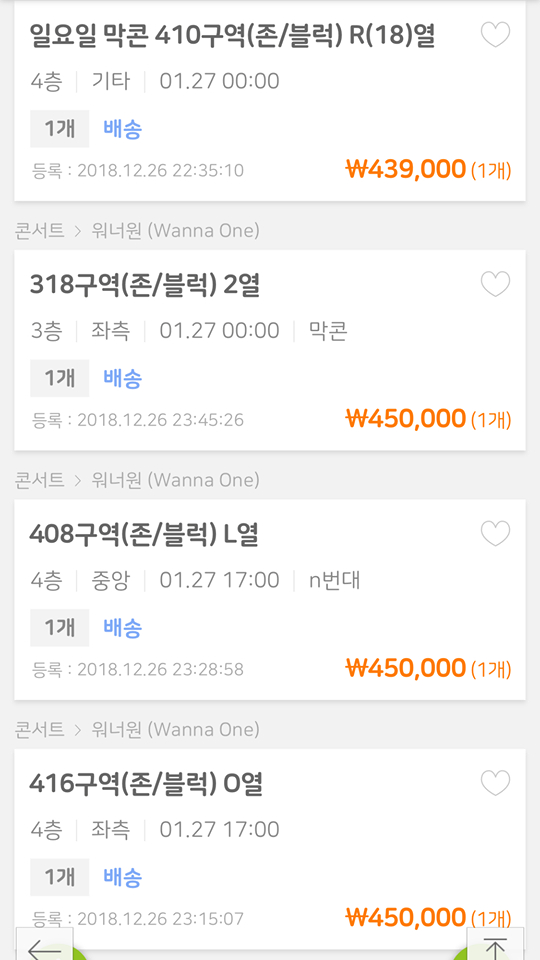 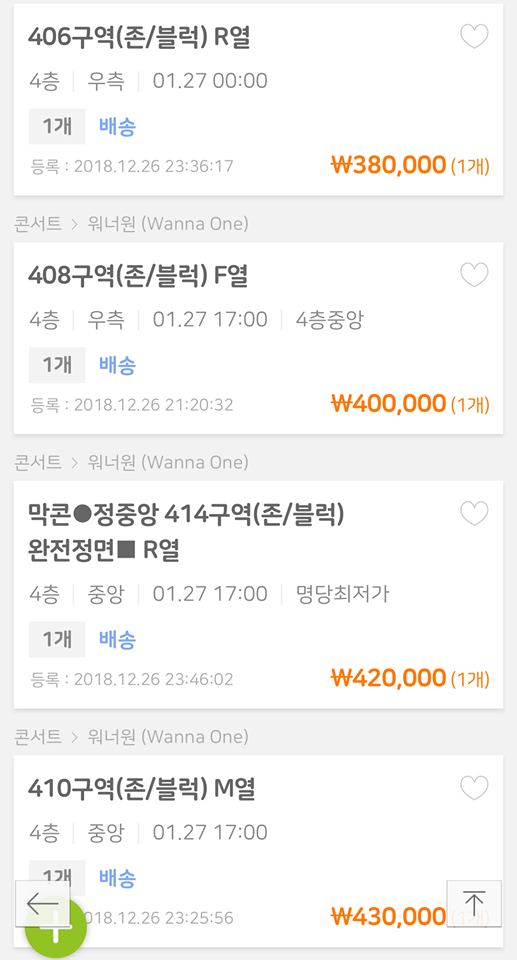 
Fans said. "This is insane" "This must be stopped right away" "We have to boycott this" and etc.

Illegal tickets like these ones have such a negative influence on the industry and it is an act of depriving fans' opportunities to see their favorite artists perform.
Hope all these undesirable deeds with downright bad intentions to take advantage of fans' love should be cracked down on and be banned.