Early Riser JUNGKOOK Excited to Not Get Last Place!! 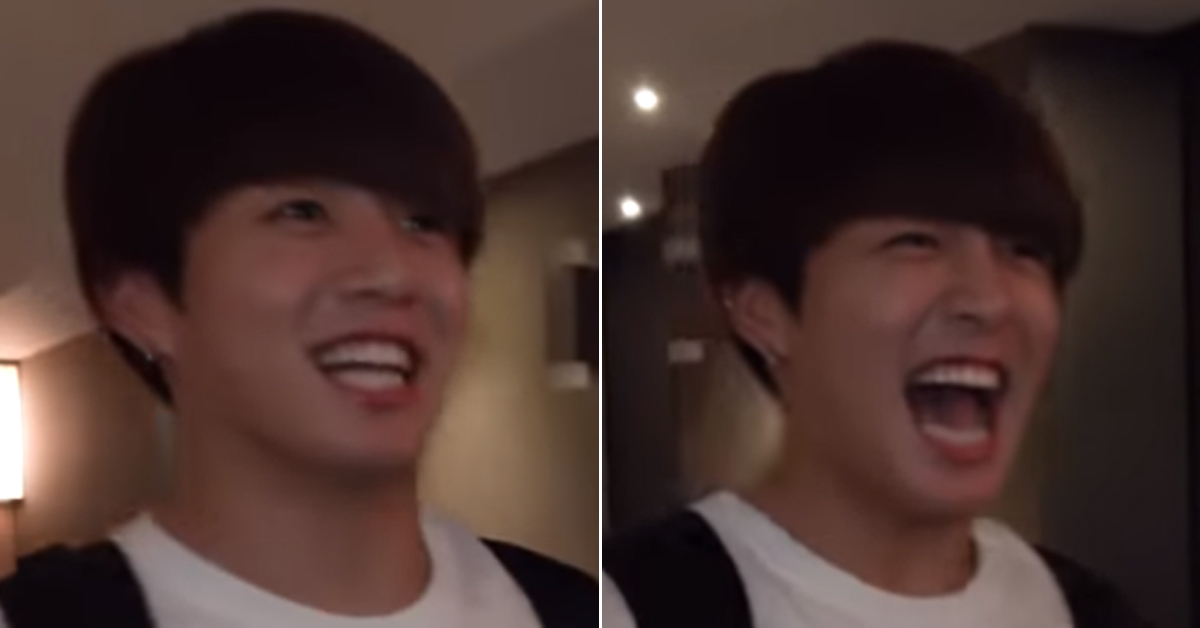 
"Ya, good thing I came out early today!" -Jungkook

He's so excited about it, so adorable!

These were the words of Jungkook once he realized that their manager was starting to time the Bangtan members as they leave their rooms and wait to depart. Earlier that day, the manager had left a message in the BTS's Kakao group message room telling them to eat their lunches and come out to meet by 12 o'clock.

Little did they know, it was a surprise camera! The members were going to be filmed and timed as they left their rooms to meet up.

J-Hope and Jungkook were the first to respond in the chat room, as well as the first two to come out. J-Hope came out at 11:59, and did not realize what exactly was going on until he came to the little table that was set up beside the elevator, with notes saying "Please come out early" along with a clock and sticky notes with each of the members' names. As the members came out one by one, they were to put the sticky note with their name on the corresponding time.


The members who came out early got a taste of how the manager must feel as they wait for everyone else to gather, past the original meeting time!

Jin was next to join the group, followed by Taehyung and then Jimin, then RM and lastly Suga.

Late members had excuses for their tardiness! Jin claimed he was ready before 12, but then remembered he still had to brush his teeth. Jimin actually left his room before Jin, but he was caught by another manager and was talking before he could join the group and clock in. Taehyung actually got to the spot slightly before Jimin, but Jimin was faster to get his name on the clock. Then Namjoon was next to come out, followed last but not least by Suga, who both were a bit later to stick their names on the clock due to RM organizing his stuff on the table.


Next time maybe they'll all get out on time after this surprise test! And congratulations to Jungkook on not being last this time, better luck next time to Suga!

The Bangtan Bomb video was uploaded on the BANGTAN TV YouTube channel yesterday, December 26, and is said to have been recorded sometime in the summer of '17.