According to Gaon Music Charts, iKON's LOVE SCENARIO and BTS's LOVE YOURSELF: Tear were placed at the top of the DigitalㆍDownloadㆍStreaming and Album charts, respectively.

There's no denying that these were two hits this year!


The chart results were calculated from the beginning half of the year and the top 100 songs or albums were placed on the chard in sequential order.


In the Digital ◦ Download ◦ Streaming charts, iKON's LOVE SCENARIO was followed by Jang Deok Cheol's Good old days, and BTS's LOVE YOURSELF: Tear album was followed in second and third place by Wanna One and their albums 0 + 1 = 1 (I PROMISE YOU) and 1 ÷ X = 1 (UNDIVIDED) in the Album chart. 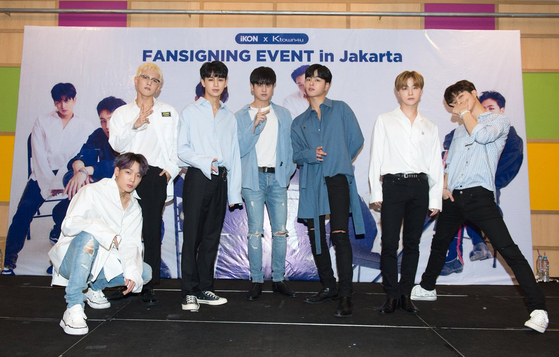 
LOVE SCENARIO was released at the beginning of this year on January 25th. It gained attention from listeners of many different age groups, and continued with its popularity throughout the year, thus rising to the top of the chart. BTS's LOVE YOURSELF: Tear was released only in the middle of May earlier this year, but with support from their many fans, was still able to easily slide into top place in the album chart.


Gaon Music Chart is produced by the Korea Music Content Association and they record the weekly, monthly, and yearly popularity of songs and albums in South Korea according to different criteria.