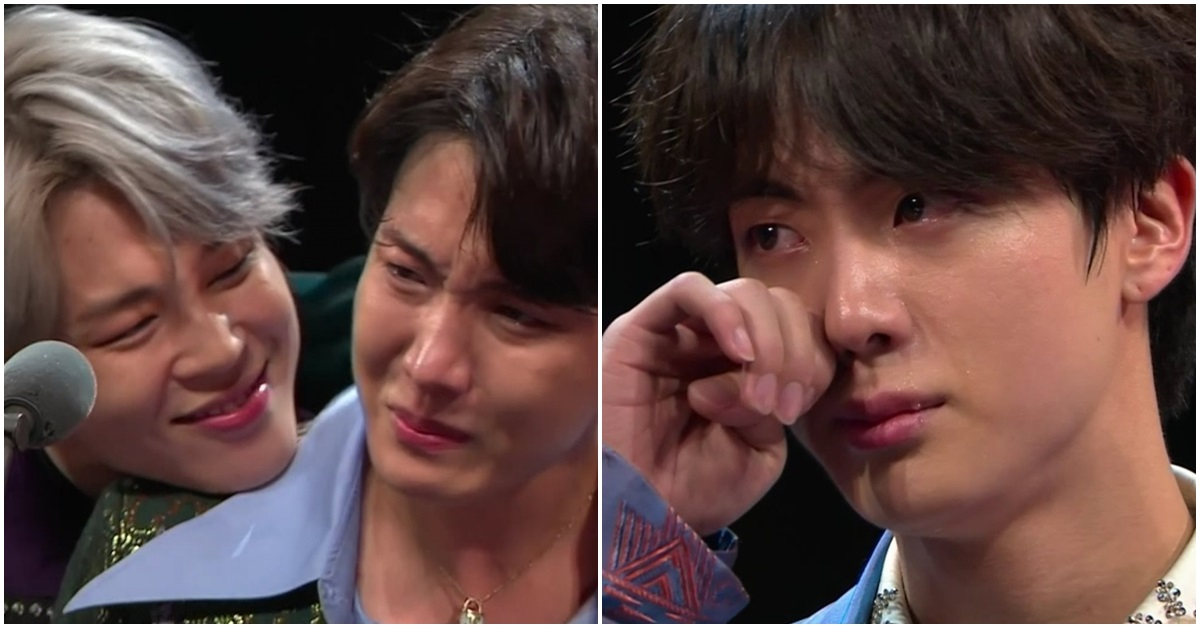 December 24th, Korean medias that chose BTS as their keyword for this year's popular music. Photo by VoomVoom 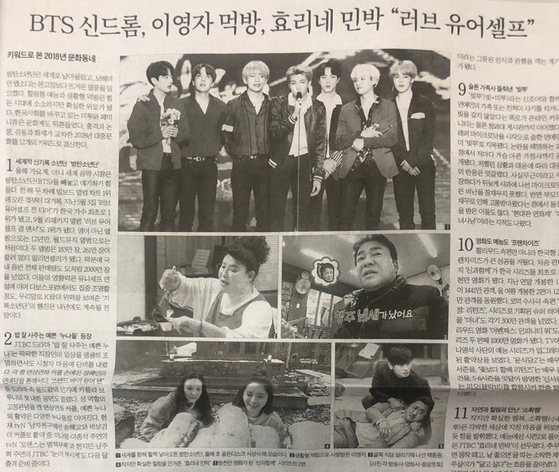 ※As the year draws to an end, Korean news media are beginning to recap and expound upon the events that occurred in popular culture this year. It will be hard, however, to speak of 2018 without mentioning BTS. The first Korean artists to top the Billboard 200 charts, twice, and also make entry into the top ten of Billboard Hot 100, these feats achieved in May and September of this year respectively are only the beginning of their numerous accomplishments. Here is what major Korean news media have to say about BTS as they look back at popular music in 2018.


They exceeded their single existing competition....the BTS of the past. 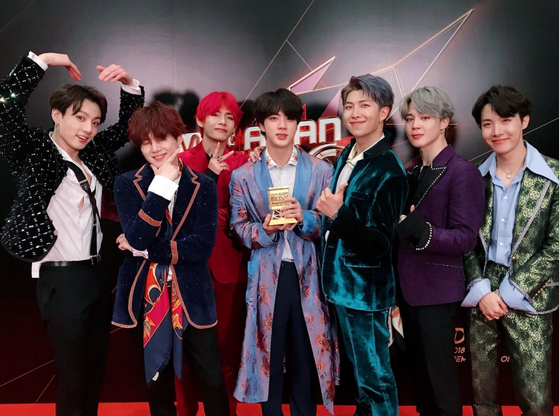 It is almost impossible to talk of this year's K-pop, no, World pop without giving an honorary reference to BTS. Having made it impossible to even list each and every one of their new record-setting achievements, their influence has gone above and beyond the average pop music artist. Speaking at UNICEF, and being featured in the World Economic Forum, this team that showed us the might of K-pop is expected to only rise in their popularity next year.

2018 was BTS's "Spring Day". BTS exceeded their single existing competition: BTS of the past.

This year's most-talked-about issue was without question the "BTS Syndrome." At the beginning of the year, BTS had confidently proclaimed their goals. "Reaching No. 1 in the Billboard charts, attending the Grammy awards, and holding stadium tours--we want to be the most influential singers in the world." With the exception of a Grammy Award, BTS has already achieved all that they have said they would, in only half a year. 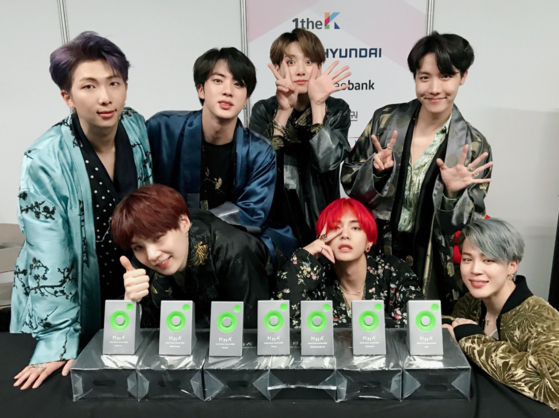 This year has been a busy one for music reporters, with each new feat BTS achieved. Though BTS's skyrocketing popularity was nothing new, it was definitely a year where they continued to build on their never-ending accomplishments.

Now more commonly known by their English reference of "BTS" rather than their Korean "Bangtan boys," it is natural that BTS receives not only the attention of Korean but also of other media worldwide. More and more people are expressing shock and interest at this "phenomenon" from the east and are starting to interpret them with their own language.


Korean news media are rushing to put forward BTS in this year's recap of popular music. The whole world watches in hope that in the next 2019 BTS may only continue to do as they have done.