BTS Jungkook demonstrated his professionalism by smoothly resolving a wireless mic problem during a live performance at the 2018 MAMA in Hong Kong.

Check out how JUNGKOOK continued dancing to Fake Love even after his mic became unfastened!


Last Friday, on December 14th, MAMA held their third and final concert in Hong Kong. For the finale, BTS prepared a remarkable performance of their hit titles Fake Love and Anpanman. As usual, the members showcased precise dance moves and advanced choreographic skills, stunning the audience.


After the ceremony, however, something else was brought to people's attention, and that was Jungkook's little wireless mic accident. Caught on camera and noticed only afterwards was that during BTS's performance of Fake Love, Jungkook's wireless mic, supposed to be attached to the back of his clothes became unfastened. 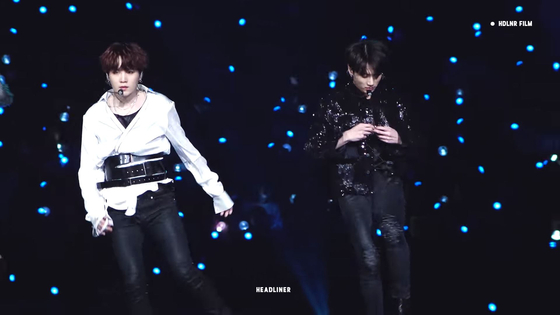 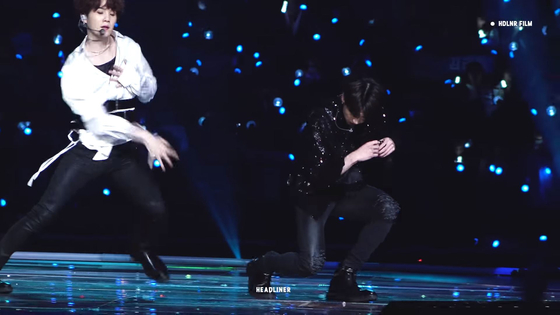 
Though one would have expected Jungkook to be shaken by this event, he continued right on dancing and without missing a step of his part, Jungkook calmly and deftly attached the wireless mic back onto his shirt.


It was so smoothly done that no one even noticed what had happened until only after the ceremony was over. Despite his mic problem, Jungkook's performance on this night had been evaluated as "legendary." Fans who only noticed his smooth management of the crisis called him "truly a pro idol," and exclaimed they "hadn't even noticed," praising his handling of the issue.