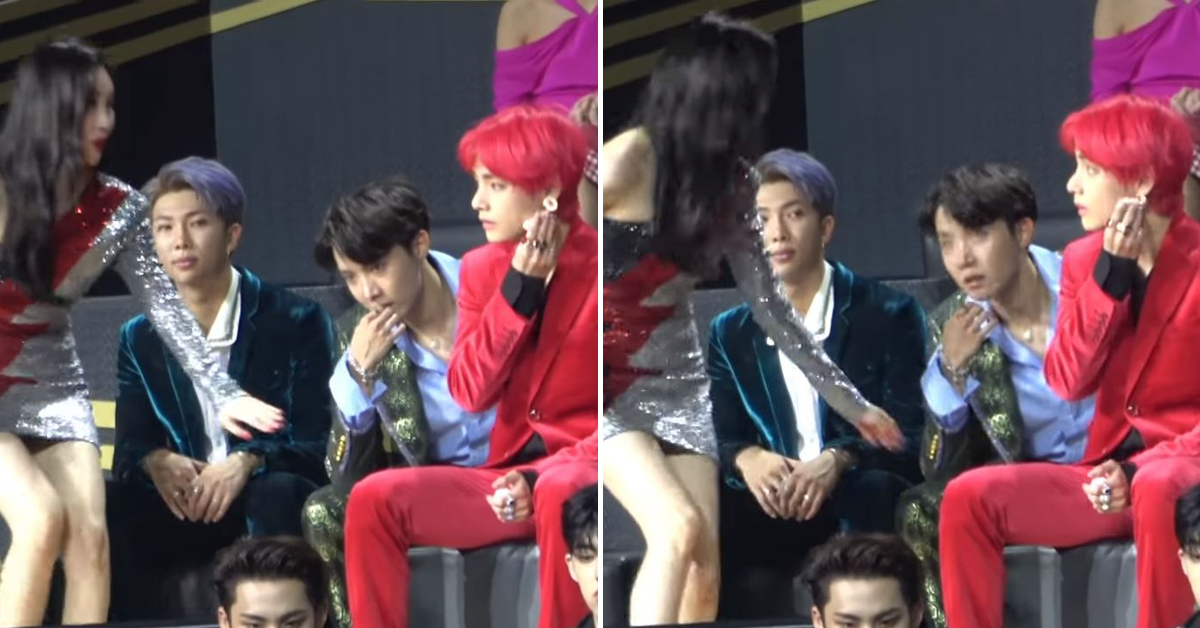 
Sunmi offered to change seats with BTS V during MAMA in Hong Kong concert after she saw him sitting by himself separate from the rest of his team.


BTS walks back to the separate seats reserved for the idols participating in the ceremony. BTS V or Taehyung walks in last, and without any more space next to the BTS members, V alone takes a seat in the row before, an awkward distance away from WANNA ONE members sitting in the same row. 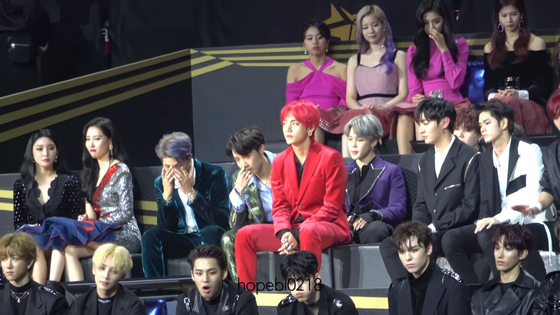 
The camera shows the WANNA ONE members glimpsing back so as to check why Taehyung chose to sit in their row and not with the other members. In the back, Sunmi and Chungha seem to be discussing something concerning V in the row before them. 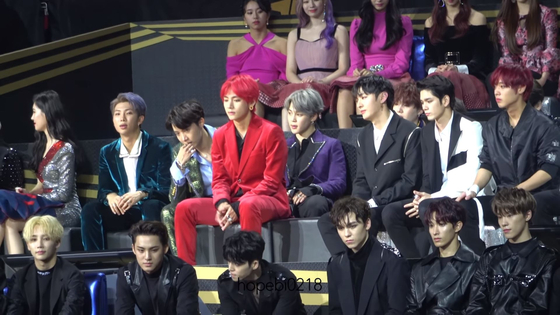 
After a while Sunmi and Chungha get up from their seats and approaches V, gently tapping on his knee. His eyes wide at their approach in surprised expression. 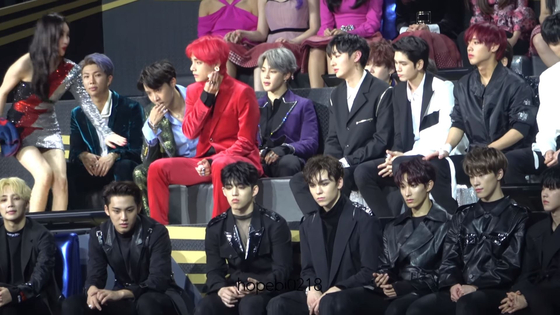 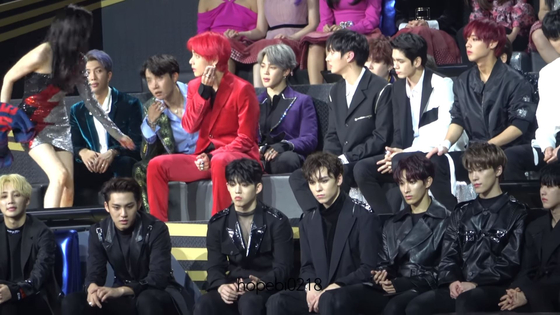 
Yet it only takes a second for V to understand what's going on. Giving them a slight nod he moves towards the seat behind him, where Sunmi and Chungha were originally seated, next to RM and the rest of his BTS members. V was able to find his way back to sit together with his team. 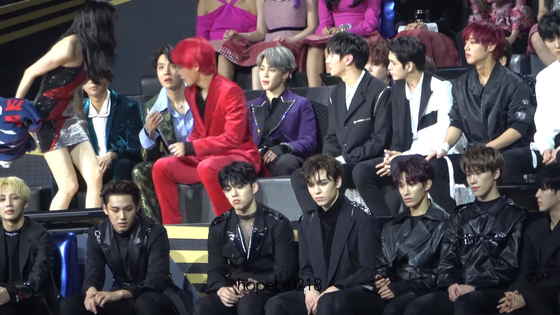 
Fans have expressed fondness over Sunmi's sweet actions, where BTS fans and non-fans alike have been adding to the column of comments meant for Sunmi: "You're so considerate," "Such sense!" "Sunmi's so cool," "This makes me feel warm." Other netizens have wondered about Sunmi and Chungha's friendship.


Still yet others commented on V's looks, pointing to his broad shoulders and widening eyes, delighting over his cute response. "Don't you think his sitting pose is quite sexy too?" one netizen remarks while another reveals her own instinctive reaction, "Wow, didn't realize it before, but when Sunmi approaches Taehyung, he looks really big compared to her." Many, however, were pleased with the idol's consideration of each other, claiming it was "heartwarming," to see everybody treat each other with such good manners.