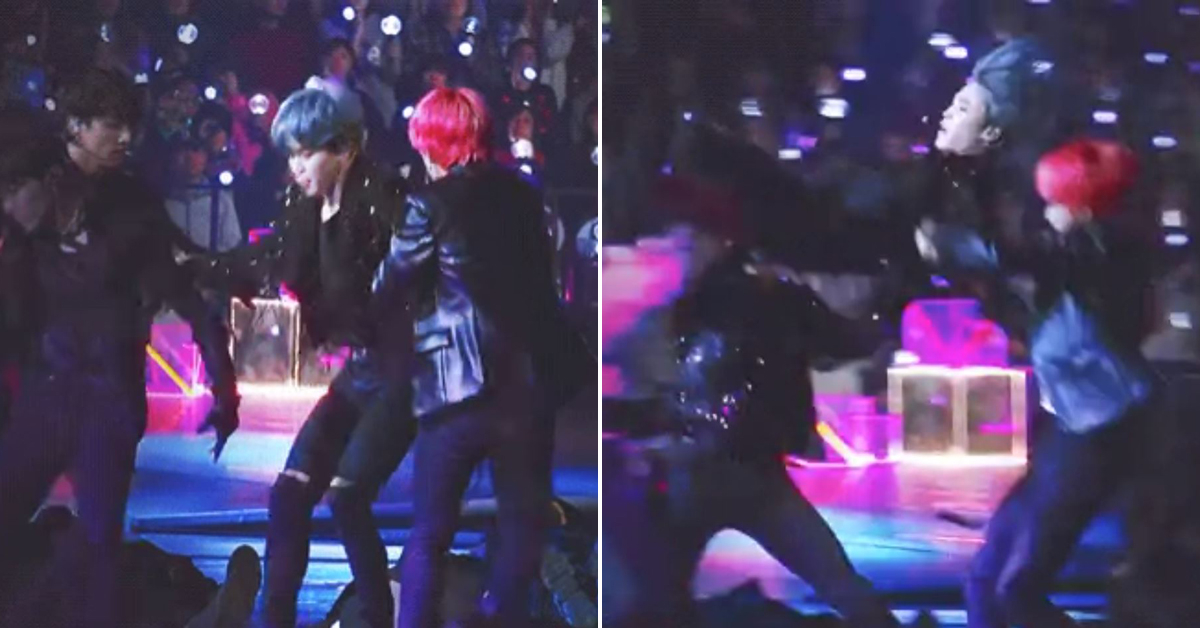 
'2018 MAMA in Japan' was held only yesterday, on December 12th, and BTS lighted the stage once again with their performance of Anpanman and Fake Love. How did they do? It is said that this time, BTS sent Jimin flying...literally.

How did they DO that?

Towards the end of Fake Love, BTS showcased an extra performance of the members dancing in and out of a row of hooded men. Beginning with Jimin dancing in fluorescent light among moving hands, the performance followed the theme of their M/V, doing a play on the theme of hands. The highlight, however, was what followed afterwards, when Jungkook and V grabbed Jimin and sent him in a big arch jump over J-Hope who ended up behind them. The audience roared.


The video of this flying jump move has gone viral on social media sites. From different camera angles to slow-motion versions, many responded to the snapshot with utter amazement. Numerous netizens marveled at Jimin's skill, saying they "thought he had ropes attached." Other fans expressed their awe. "All the other members did was hold him, but how did he fly that high in an arch?" Though the members were clearly holding on to Jimin's arm, another netizen commented: "don't know how he did that without getting his arms pulled off."


Even people who were present at the MAMA weren't able to see the move clearly until afterwards. The video clip and gif upload teemed with comments thanking the people who had filmed the moment close up. "Ha...thank you so much...for capturing this on camera," one netizen wrote, followed by rows of tears (most likely of happiness).


Fans expressed being both proud and moved at the same time. "Of course I knew they would be mind-blowing," said one ARMY fan, "but to work this hard so as to not disappoint us...I was deeply moved by this performance." Fans and nonfans alike cannot help but expect their next performance, coming up in only a day's time on the 14th of December. What impossible things will they show us then?