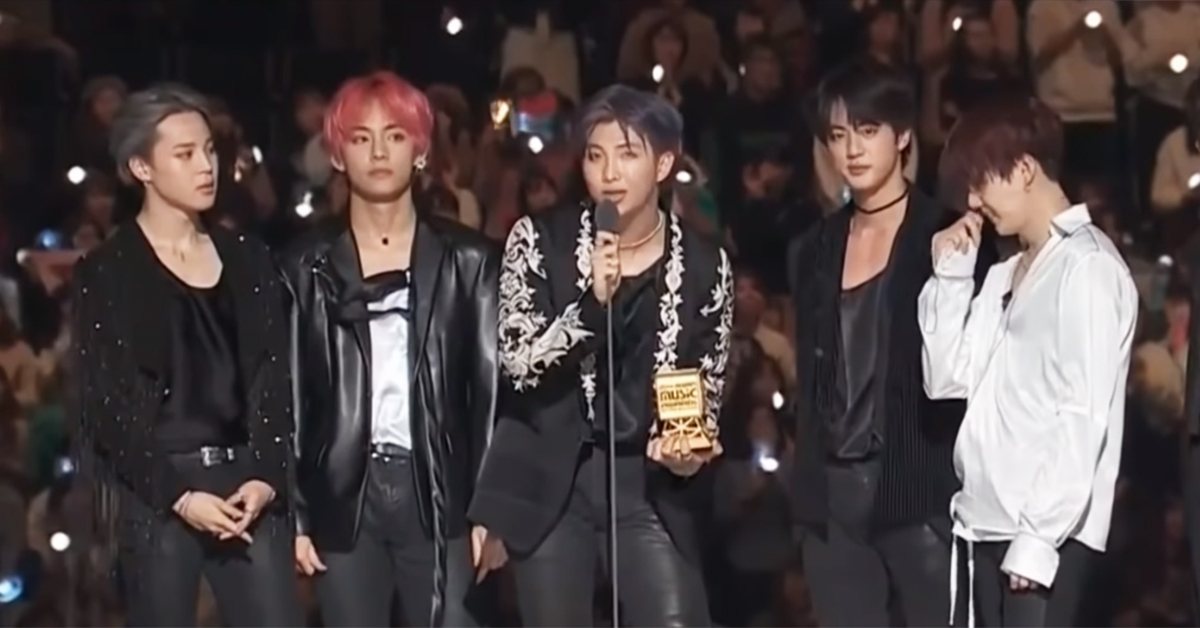 
BTS has won the Daesang for the third year in a row at the 2018 MAMA FANS' CHOICE in JAPAN' held yesterday evening at 7 o'clock on December 12th at Saitama Super Arena in Saitama, Japan.

Congratulations to BTS and all the other winners!!


This year's awards were held in a uniquely special manner, to commemorate the 10th year anniversary of MAMA. That is, this time, the winner of the Worldwide Icon of the Year was decided completely upon fans' votes on social media.

Contestants for the 'Worldwide Icon of the Year' award included ten groups. The host of this year's ceremony, Park Bo-gum, introduced the ten contestants, who were also each awarded the 'Worldwide Fans' Choice Top 10' award: TWICE, MONSTA X, NCT 127, NU'EST W, Wanna One, BLACKPINK, GOT7, Mamamoo, SEVENTEEN, and BTS.

With the exception of NCT 127, BLACKPINK, and SEVENTEEN, the other seven groups all made performances on stage.

BTS walked away with a whopping four choice awards, including the Favorite Music Video for IDOL, Favorite Male Dance Artist, Top 10, and Worldwide Icon of the Year, which was a new award added for the first time this year.


Jin was the first to take the mic after receiving the first-ever Worldwide Icon award, and after yelling his signature "AAAAAARMY" shout, he said, "It is thanks to you ARMY that we could be the artist to receive this Daesang. We worked for this award, but it was because of all of you ARMY working with us that we were able to attain this award."


After the ceremony, BTS members went on to their official Twitter and uploaded pictures and messages of thanks to their "Worldwide ARMY" for helping them win their awards.