A Girl Group Member Whose Dancing talent Everybody Regards Highly Of

There are lots of talented dancers in the K-pop scene now.
If asked, many people would have their own opinions on who is the best one among them.
But there is one who is frequently mentioned by idols as well as professional dancers as an idol dancer that outstands.

It's Momo of TWICE.
Let's take a look at why it is clear that she is one of the most recognized dancers in the game. 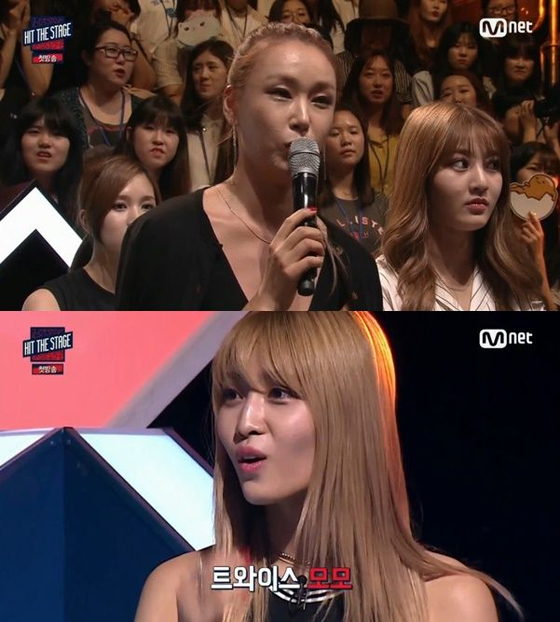 
Bae, Yoonjung, a well-known choreographer who was on Produce 101, made her appearance as a judge on Mnet Hit The Stage.

She said, "A lot of talented dancers have come together on this show" "Among all the contestants, I think Momo is the best dancer. I'm very looking forwarding to her dancing". She added.


Also, Lia Kim, who is known for the choreography of TWICE's TT also mentioned Momo regarding her talent in dancing.

She said, "TWICE Momo is such a gifted dancer. She definitely can dance" "She absorbs like a sponge. She can choreograph right off the bat after she sees it once. If I teach her a bit, she does it multiple times better. She is so talented", She added.

Not only from choreographers, but Momo is also highly reputed by idols.


According to the vote that was taken among idols, Momo was voted to be the best dancer along with EXO Kai. Followed by the 1st place, Hoshi of Seventeen took 2nd place, and Taemin of Shinee and BTS Jimin took 3rd. Eunhyuk of Super Junior and BTS J-Hope took 4th, and Park Woojin was placed on 5th place.

What's more surprising is that all the idols within top 5 are all males except Momo.


When Momo was on Sixteen, a competition program, ALI, a JYP dance trainer shared her view on Momo. She said, "Momo is competitive even when compared to other dancing members of idol groups. That's how good she is."


Seeing all the compliments from idols and professional dancers, it is undisputed that Momo has a great talent for dancing.
It will be greatly appreciated if we can see Momo putting up an amazing dance performance soon. Hopefully at one of the awards..?!