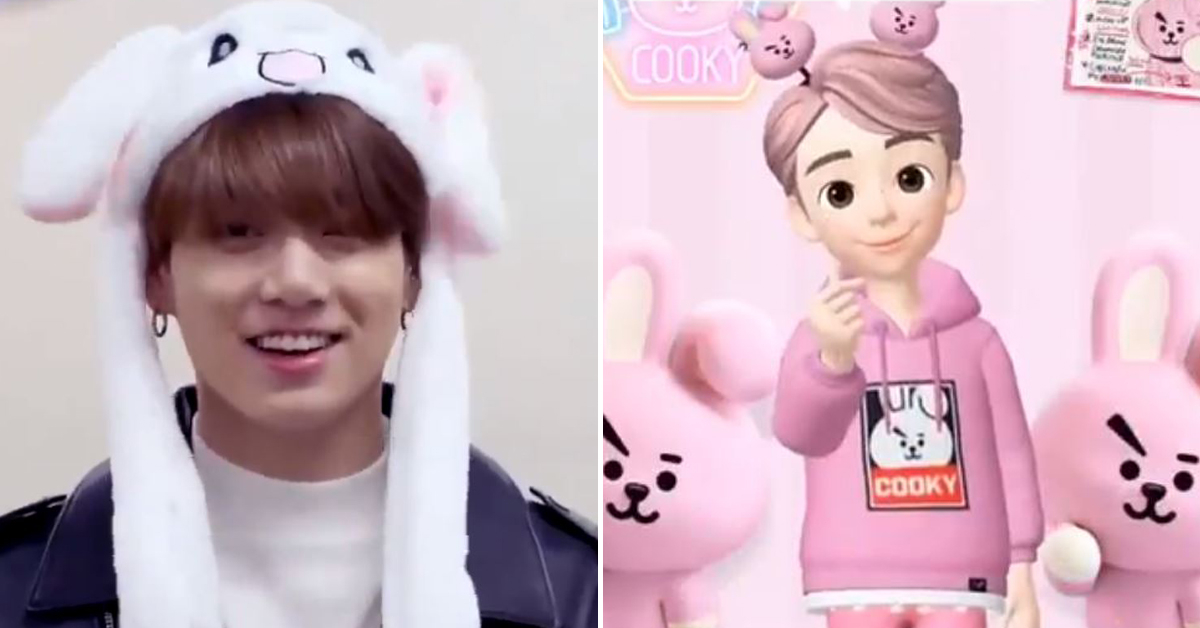 
Despite being known as the sexiest man in Korea, BTS Jungkook has rare but sure moments of cuteness overload.


Recently, Jungkook uploaded a video of his personal Zepeto Avatar dancing and shooting out Korean hearts. Zepeto is a Korean app that creates your personal avatar according to a picture of yourself along with additional revisions you can make and customize to your taste.


Popular among teens in Korea, but also riding a wave of Zepeto hype in Thailand, Japan, and even China, this personal avatar creation app has become a favorite for both children and adults alike. Yet, for BTS Jungkook to have made one on his own? Many fans have commented that imagining this pro dancer top star choosing clothes for his avatar on his phone is just too cute. Creating images of Jungkook's avatar with their own, many have had the pleasure of indulging in just the tip of their fantasies.


Jungkook has also recently shown a habit of speaking with the honorifics yong instead of yo at the end of each sentence. Having a bouncy ring to it, Koreans often associate this form of speaking to that of a child's or when one is trying to achieve the effect of being cute or childish. In his live chats and even in his comments and uploads, Jungkook reveals himself to be a person who tends to speak with childish cuteness.


Another clip that has also gone viral on the net is a video of Jungkook wearing the bunny hat, the most recent hot item in Korea. In an introductory video where BTS members personally introduce the line up for the SBS Gayo Daejeon, Jungkook appears nodding to the bouncing ears of the bunny hat. Cutting the video and creating numerous gifs, netizens have spread the video all throughout social media, almost re-creating the bunny hat hype. Is there simply no end to this superstar's appeal?