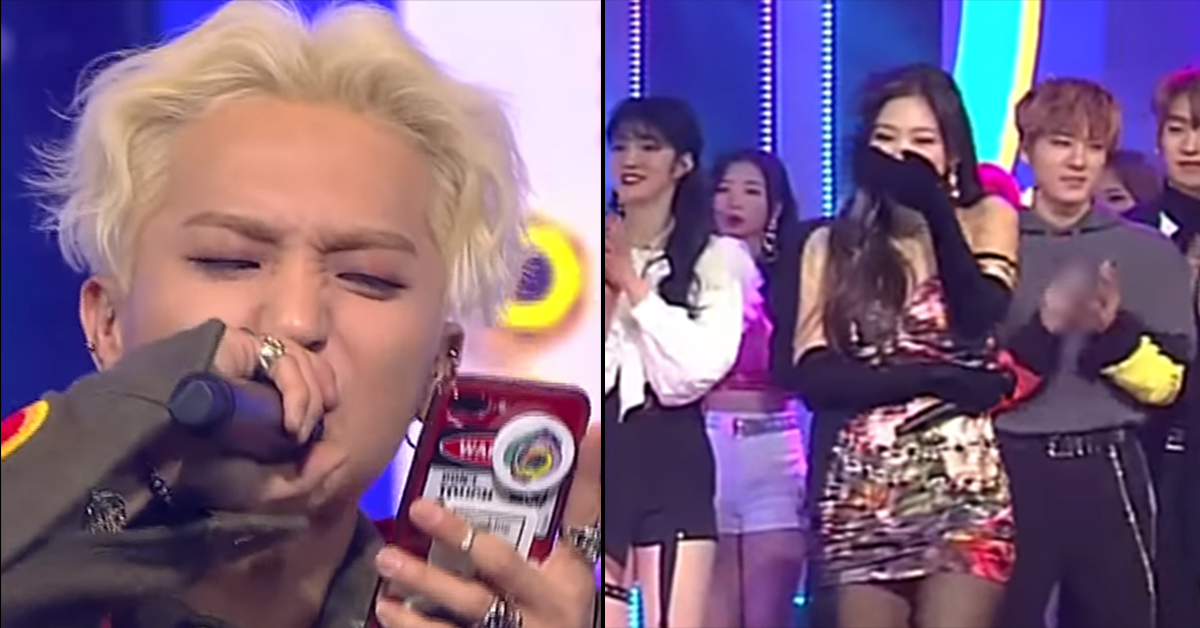 
Mino (Song Min-ho from WINNER) and Jennie both made an appearance on the SBS show Inkigayo a few days ago on December 9th.

Well that was unexpected!!


Mino's FIANCÉ, Jennie's SOLO, along with TWICE's YES or YES were performed onstage and then pitted against each other to see which song would win and be named the No. 1 Song of the Week based on the popularity vote, ON-AIR score, and more.

As is custom, the award winner has to give a short acceptance speech, so Mino took the mic.. and started rapping? Holding the phone in hand for reference, Mino gave a smooth rap as his acceptance "speech." 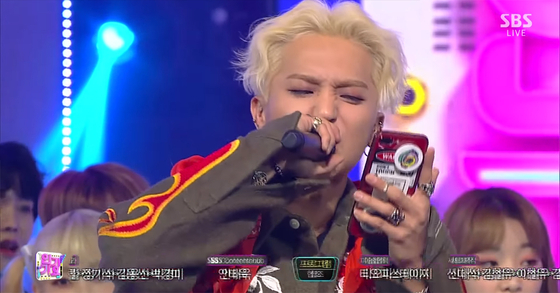 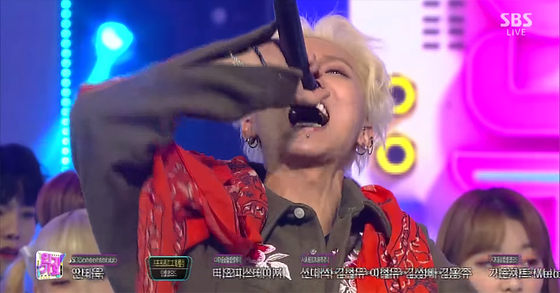 
Everyone of course was surprised by the apparently impromptu rap, but Jennie could not contain her surprise. With wide eyes, she looked around and covered her mouth out of surprise, stopping only to clap and reveal a big smile on her face. 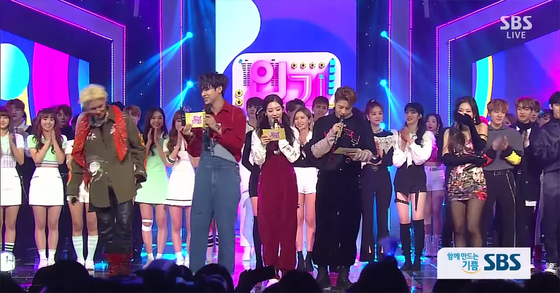 
Jennie may not have won first place, but her reaction in itself shows that she can respect talent where it's due. After listening to Mino's rap, that seems like a fitting reaction. Fans even commented, saying "Mino's acceptance speech was another level" and "He's a real artist."