Why V's Apology to Famous Korean Comedian Was So Moving


As part of a mission on their V-Live channel 'OK TV', Kim Junho promised that he would reveal a part of his private conversation with BTS V. The two have met before and exchanged numbers when they realized they played the same game, the other hosts expressed unbelief and envy over having V's contact number. 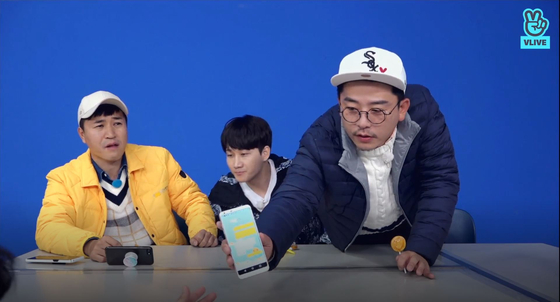 
At Kim Junho's greeting and a short request for V to say something to his fans, V replies only 5 minutes later with a sincere apology at the late reply. He explained that he had been practicing his choreography part and that he hadn't seen the message. Calling Kim Junho, hyung-nim (big brother), V asked Kim how he was doing. V also mentioned that he had been enjoying the 2 Days & 1 Night show and told Kim "hope no one gets hurt during today's filming and fighting~~" 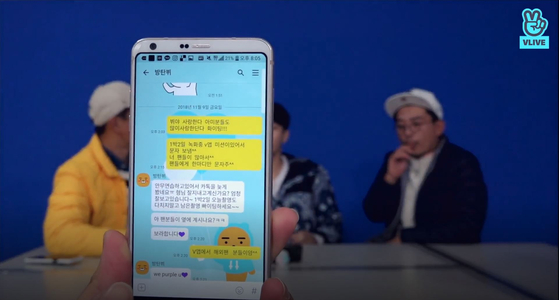 
V's message is the epitome of good manners, showing both respect and slight charm. What especially strikes the attention of fans is his deep-felt apology for the late reply, only five minutes after the message was sent.


V doesn't forget his message for his fans: "We purple you." He sends in Korean at first. When Kim explains that it is to their foreign fans V immediately sends the message again in English, along with an explanation that "It's a greeting only ARMY and we know," words enough to send ARMY fans into a squealing frenzy.


The conversation stays respectful and polite to the end, as V responds to Kim's "I purple you too" with a "Me too~~I love you too. Always have only good days, hyung-nim!" slightly tweaking the honorifics to be both deferential and cute at the same time.