What Do BTS Members Do When They Don't Understand English? 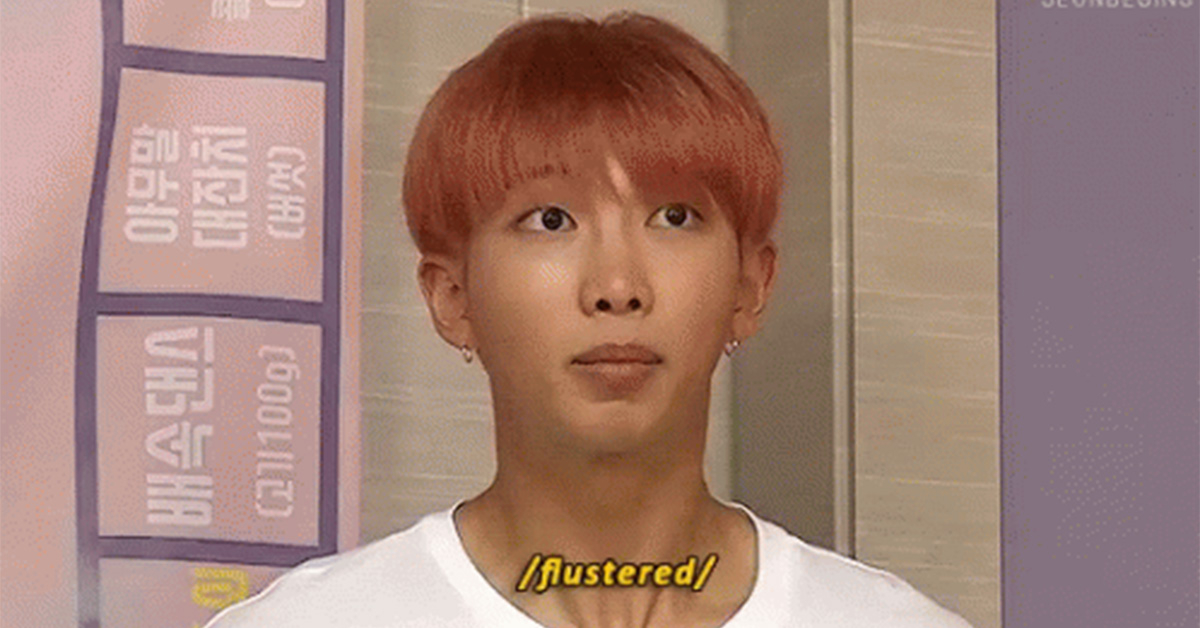 Their music and performance comes before English!

As it has been widely proved via multiple American shows, interviews, and UN speech, that RM, the leader of an internationally popular boy band BTS, is a person with English proficiency.

It awed many people that RM, despite his fluent English, he has never studied abroad before and the only means he learned English through was watching an American show, Friends.

As he is an exceptional case, it isn't surprising that he is the only member that is capable of speaking English.
So when having interviews in English, other members tend to rely on RM and some of those moments could easily be spotted. 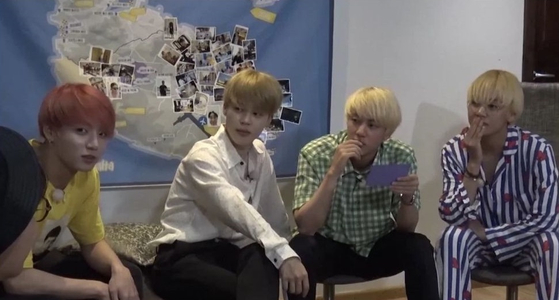 
When they came across an English word that they have never heard of,
all the members look at RM at the same time as if they promised.


But when asked where their girlfriends are, even RM who understands the question looks away to come up with an appropriate answer.

And of course, the rest members do the same.


We can see that the members are patiently waiting for RM to interpret what the interviewer just said in Korean.

It seems very funny and cute to see the moments, but sometimes, it might be frustrating for the members that they can't fully express how they feel in a certain language when they have such a huge global fanbase.


Rewinding back to a year ago, producer Bang Sihyuk uploaded a screenshot of a group chat that BTS and himself are in on Twitter.
There, a message Jungkook left caught fans' eyes.


However, right after this tweet was posted, lots of mentions from ARMY were followed by, showing that the predominant view on the members not being fluent in English was that they don't have to be at all. 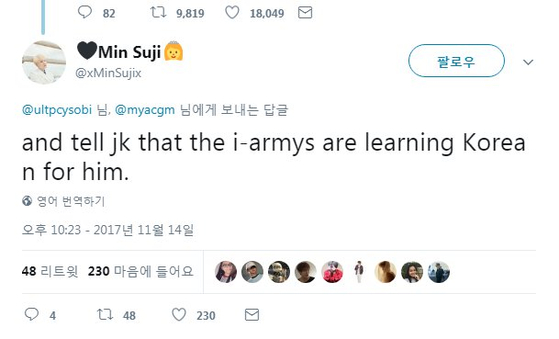 
There were tons of comments such as "The only word BTS has to know is ARMY", "Don't worry we're going to learn Korean" with ArmyOkwithKorean hashtag.

By being mutually considerate this way, the worldwide group and its fandom seem to be one of the exemplary relations between artists and fans.
We all should keep our eyes on their improvement in the future.