TWICE has done it again. Dominating all seven music charts in Korea with a dramatic comeback. the title of their mini-album says it all: Yes or Yes. No is an unthinkable response to this girl group that is all spunk and sass but returns this time, with an adorable streak tinging each of the seven songs in the new album.

TWICE's allure comes at us at full force. Can you say NO?


Released only yesterday, YES or YES is this year's third release, along with What is Love? and Dance the Night Away, and it is TWICE's 10th release since the girl group's debut in 2015 with Like OOH-AAH.


In all the other 9 releases not only had TWICE dominated the music charts, but this girl K-Pop phenomena swept up the first-place trophies for almost all music broadcasts, making their YES or YES their 10th hit in a row, making new K-Pop history. 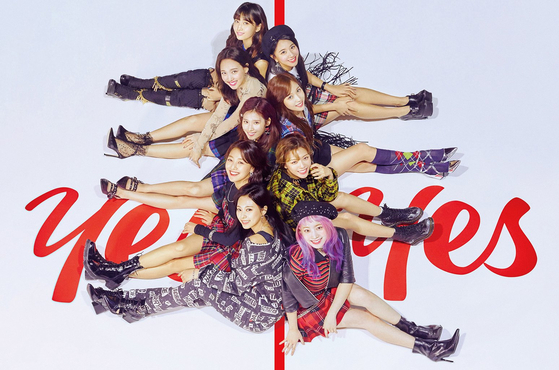 
TWiCE's new single, YES or YES showcases a dramatic display of flair and spunk with lyrics that portray a girl who's fallen so far into love that she cannot take no for an answer. The bouncy dance moves and the song's addictive rhythm reinforces this theme, luring us into their special magic.


The new music video on Youtube also speaks for TWICE's success, hitting over 10 million views only 6 hours and two minutes after its release, setting the new record after BLACKPINK's Ddu-Du Ddu-Du.


TWICE's most recent success comes at a critical moment, just before the MGA award ceremony, that is scheduled to air tonight, on the 6th of November. All fans of K-Pop hold their breath in a frenzied expectation of whether their dearly beloved stars can get the awards they deserve.