The song of BTS conveyed miraculous happiness to one family.

A four-year-old boy who has autism has begun to overcome disability after listening to the song of the BTS.

On September 14, one of the BTS' foreign fans uploaded a video of her son along with a long text on her Twitter. 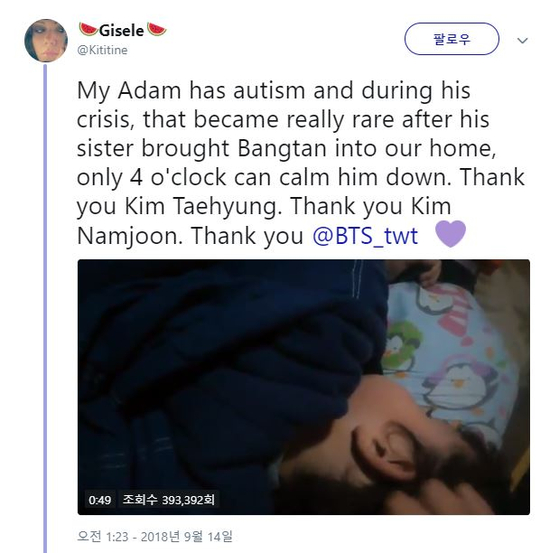 
In the revealed video, the boy is lying comfortably listening to the BTS' song.

It may seem ordinary video, but this is a very special moment for his mother.

The woman explained, "My Adam(son) has autism and during his crisis, that became really rare after his sister brought Bangtan into our home, only 4 o'clock can calm him down". 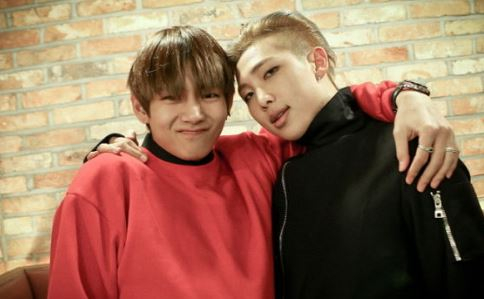 
'4 o'clock' is the song written by V and recorded by V and RM which was released through the sound cloud. It is a song that conveys consolation with V and RM's calm timbre.

In addition, the woman said about the changes after she listened to the BTS' music.

Her child who could not speak is now singing in Korean.

Many people poured out hot reactions about the woman's touching story that inspired hope and courage with a warm BTS' song.