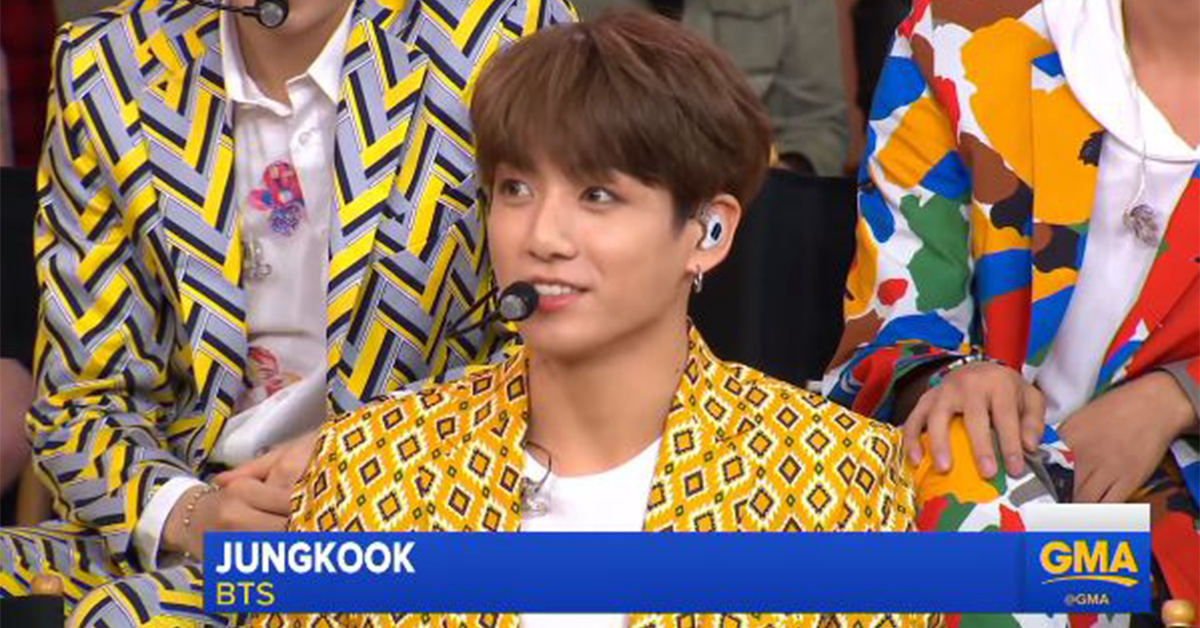 Yes.. I totally get why they rumbled

BTS on September 26 made their appearance on ABC's talk show Good Morning America. Fans at the site vividly proved the group's popularity by shouting and applauding as soon as members came on the scene.

On this day, BTS talked about the speech at UN General Assembly, World tour concert, and LOVE YOURSELF: Answer album.


Then, one of the emcees asked members "The tour has been going so incredibly well. In fact that they are having to add dates because you sell out time and time again, so what is it being like on tour?"

Soon after the question was asked, Jungkook enthusiastically said that he's prepared to answer the following question, as if he's been waiting for it. And it seemed like he has prepared for the English comment in advance to convey his thoughts to his fans. 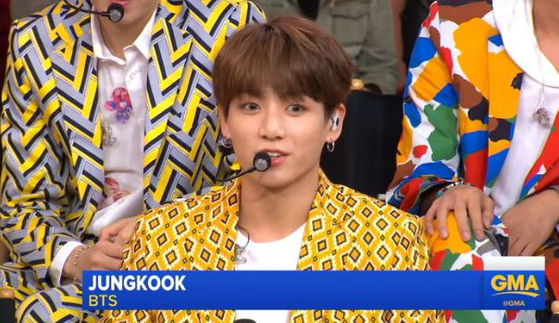 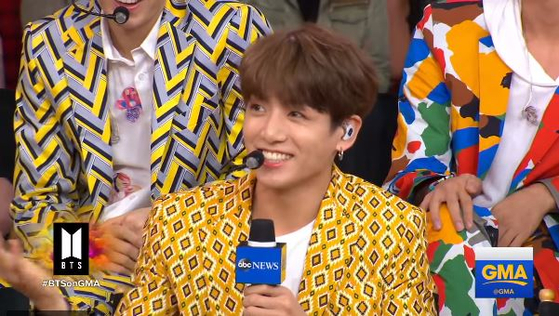 
When he was handed a mic, he answered "The tour has been, we got love, energy, and support from ARMYs. So we are having a great time."

Although he wasn't fluent, audiences at the site began to rumble as they found Jungkook adorable speaking English slowly yet distinctly. And the rumble, at last, turned into a big round of applause. 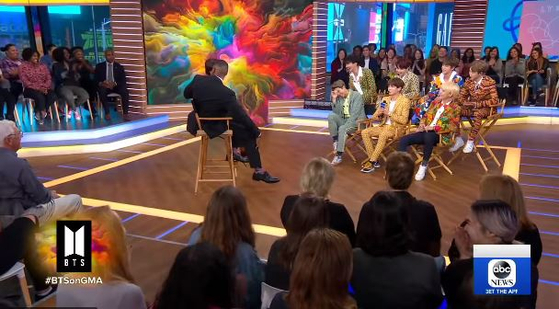 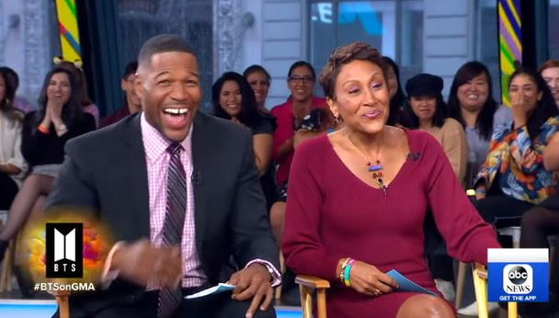 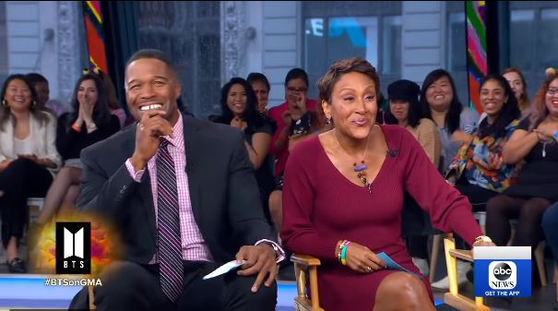 
Like any other audiences, two emcees smiled and stared at Jungkook like a parent watching their child at a school festival.

Let Voomvoom introduce you to the video clip displaying Jungkook's cuteness where the national talk show turned into a childcare show.