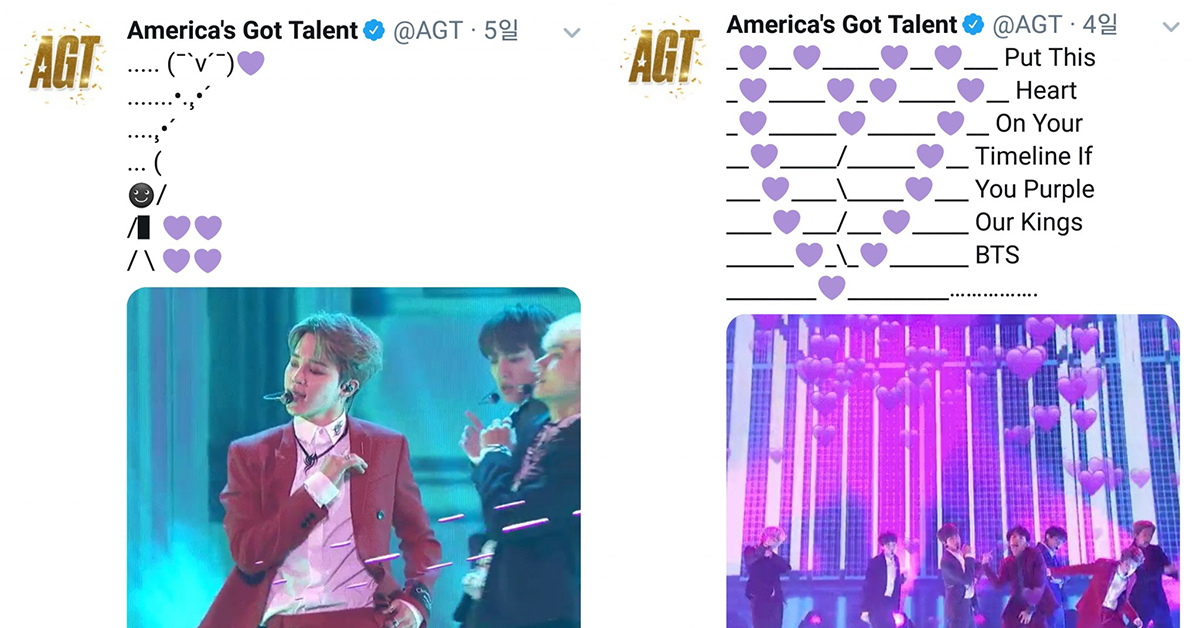 
After BTS has shortly guested on America's Got Talent and performed IDOL, the program's official Twitter account has been dominated by BTS posts.

Look how clingy they are!!!

Although BTS only appeared on the show for 4 minutes and it happened over a week ago, the account still is updating photos and gifs of BTS boys.

And it eventually let ARMYs to acknowledge that they are a bit too obsessive.

Why don't we go take a look at the posts on AGT's official Twitter account to see how cute and enthusiastic they were for the past week!: 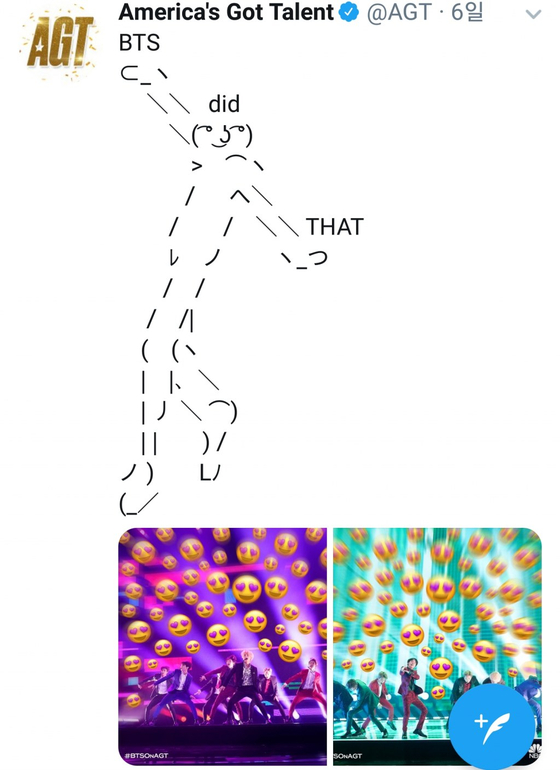 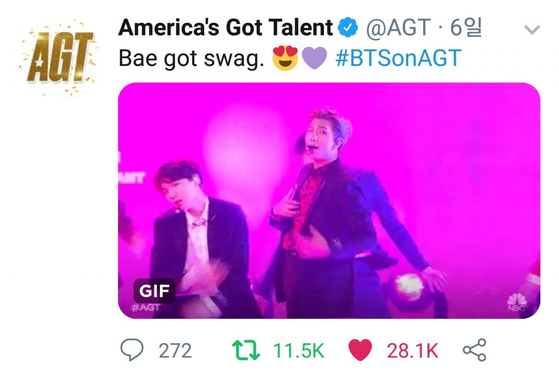 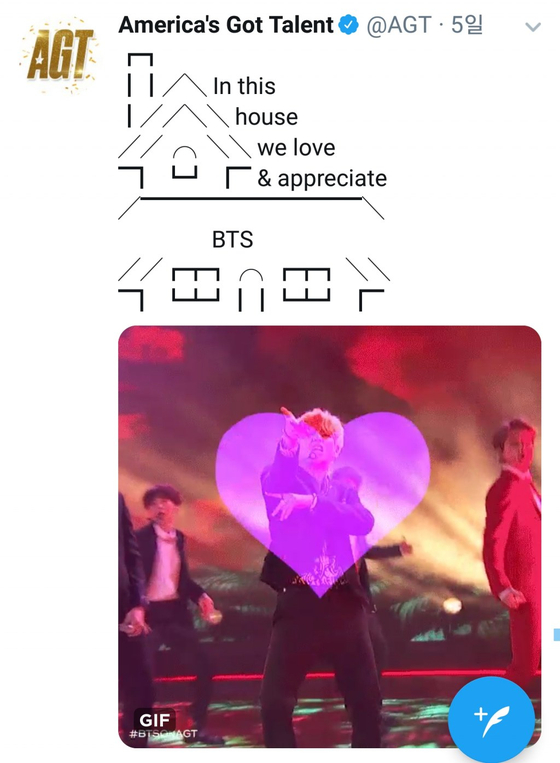 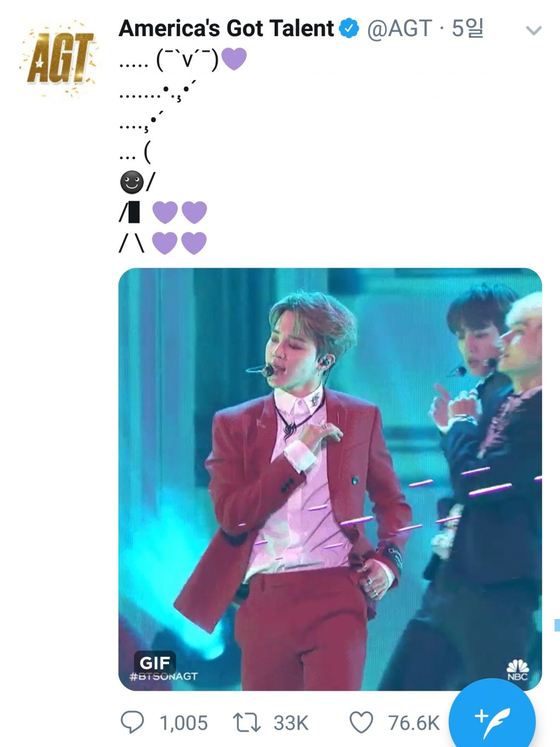 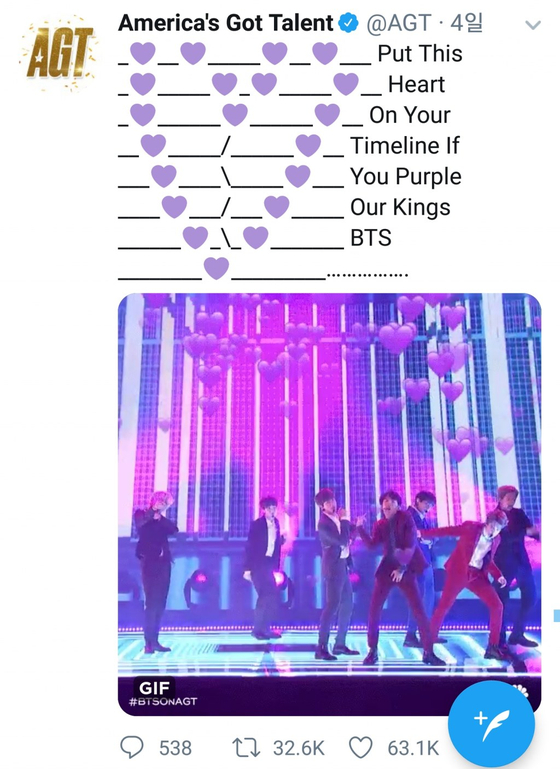 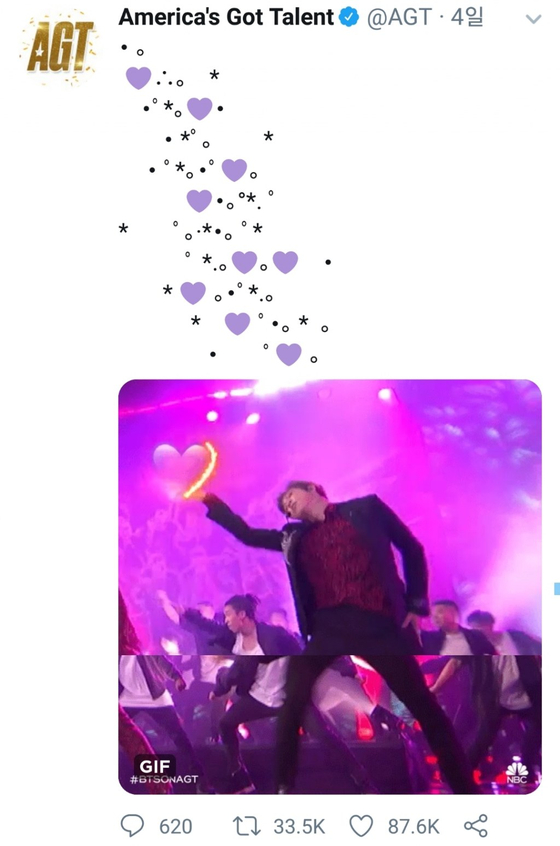 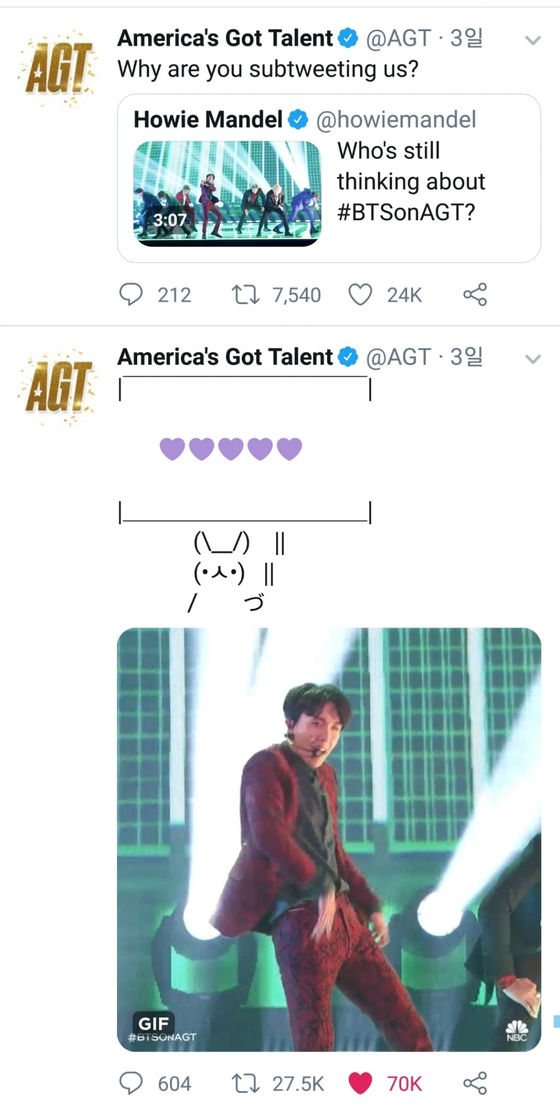 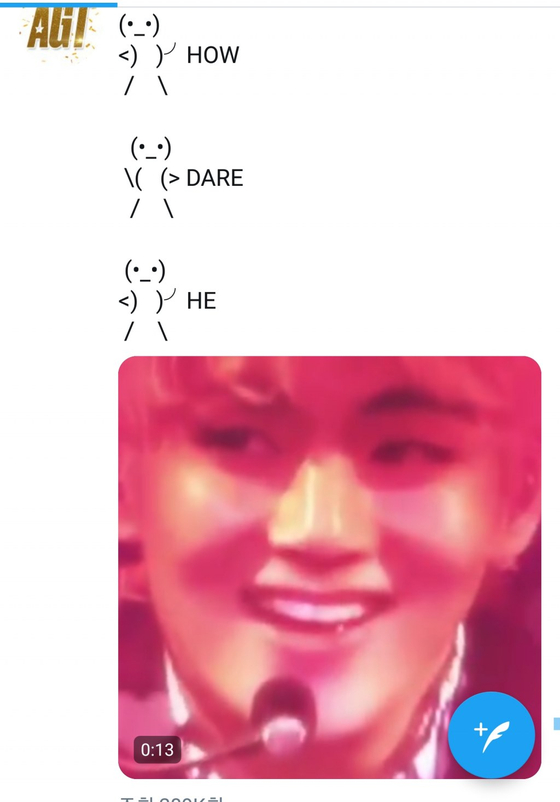