WATCH: International Fanboys Express Their Love for BTS' JUNGKOOK in All Sorts of Ways 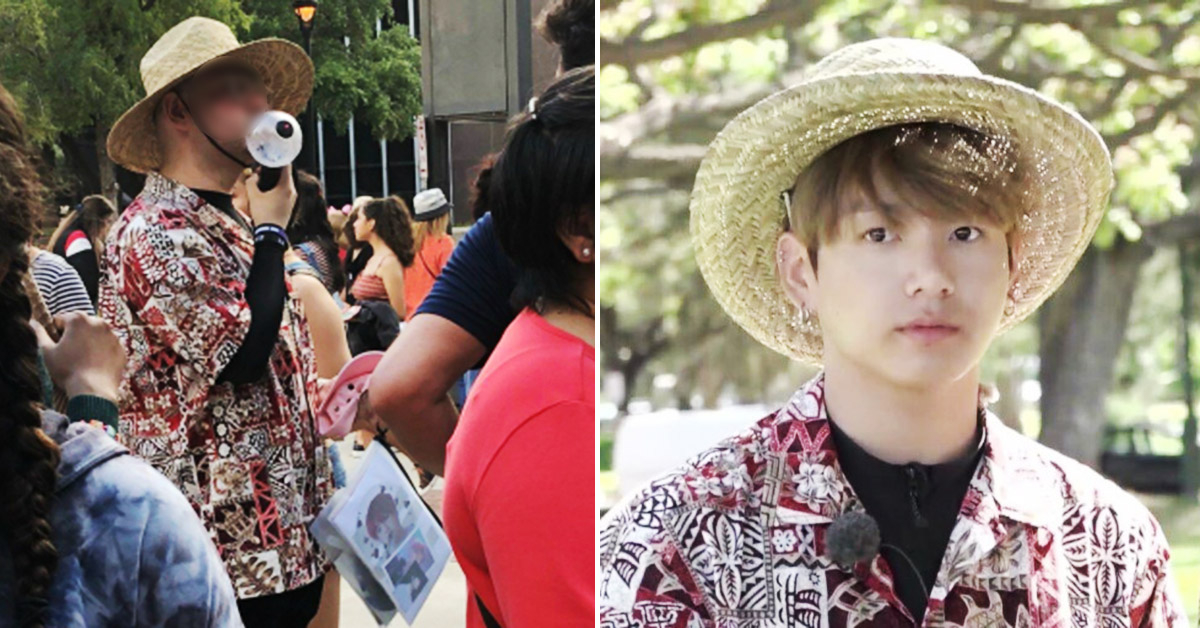 
Amid BTS' tour in the US, fan-chants of BTS Jungkook's fanboys have gone viral on online communities!


The video that garnered huge attention, was taken during Jungkook's performance of his solo song, Euphoria, at BTS' concert in LA Staples Center held on September 6.

In this video clip, a group of foreign fanboys are shouting out fast, but very precisely, "Annyeonghaseyo joneun bangtan sonyeondan hwangeum maknae jeon jungkook imnida(Hello, I am BTS' golden maknae Jeon Jungkook)", which is a sentence Jungkook had practiced in a cute voice before emceeing a music show.


The original tweet that uploaded this video gained over 44 thousand likes. And as the video spread widely on social media, some fanboys appeared at BTS' concert, wearing t-shirts that had the sentence printed on the back. 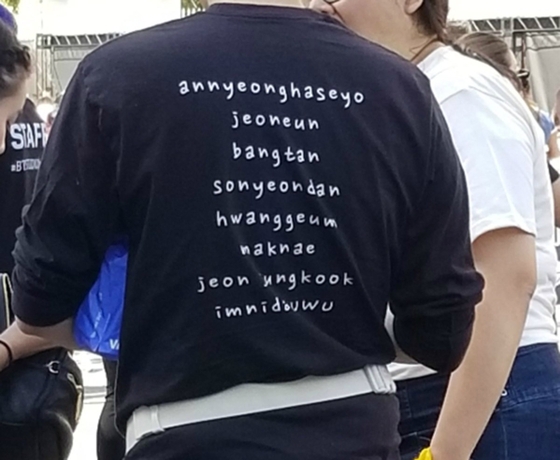 
On September 15th's concert held in Fort Worth, another fanboy attracted people's attention by copying Jungkook's fashion in the famous 'Hawaii Grubby' meme, which was created when Jungkook was captured in a grubby face in Hawaii. From the straw hat, to the Hawaiian patterned shirt, the fanboy was dressed exactly like Jungkook in the meme. 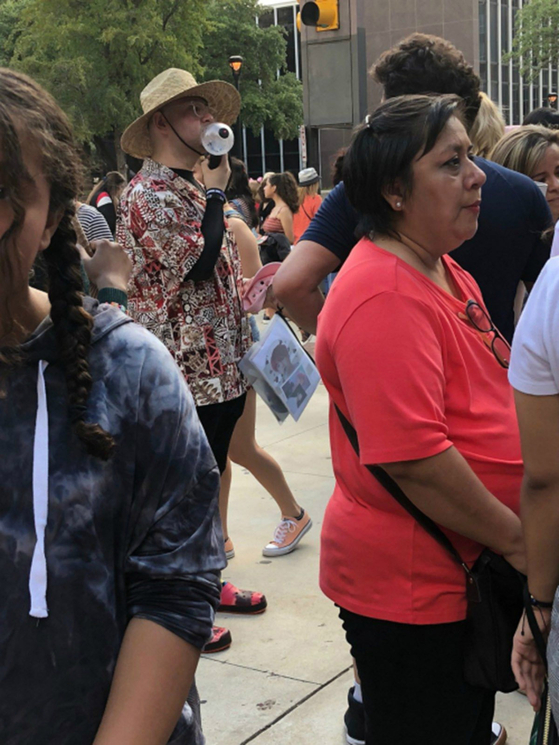 
But in fact, the so-called 'Jungkook's fanboys' phenomenon is not a new thing. In July, a video that filmed a fanboy screaming out Jungkook's name at SBS Super Concert in Taiwan had gone viral, and at last year's WINGS tour, a male fan was spotted wearing a shirt on which Jungkook's face was printed. 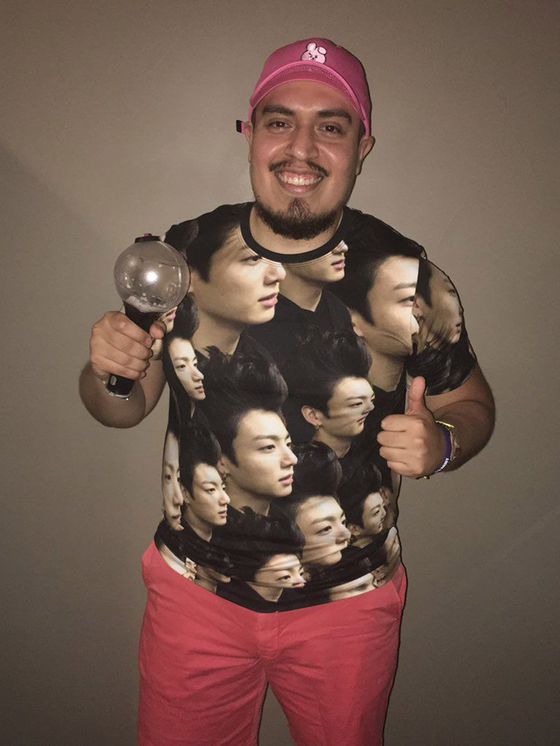 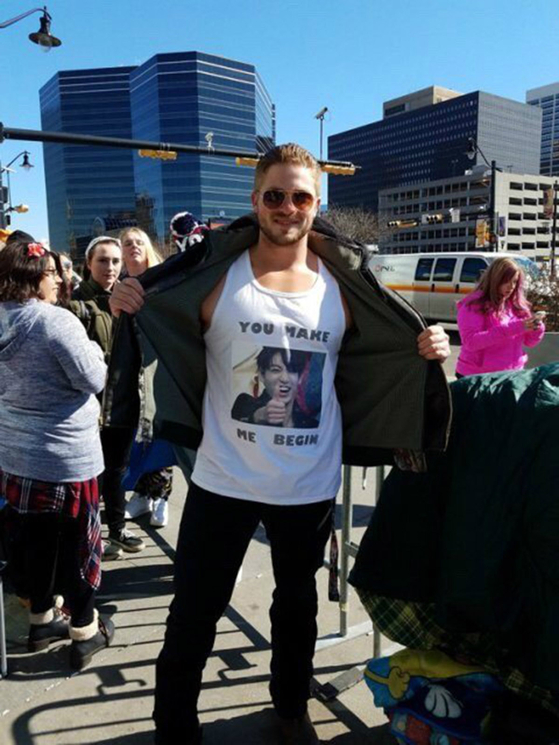 
Jungkook's fans were delighted to see the craze over Jungkook. They wrote comments like, "Jungkook's fanboys are so hilarious", "I thought the t-shirt with golden maknae fanchant was the funniest but there was Hawaii Grubby fanboy LOL", "It's hard to resist Jungkook's charm whether you're a boy or a girl."