RED VELVET JOY, Who Was Hurt by Horrible Malicious Comments and Only Cried for a While 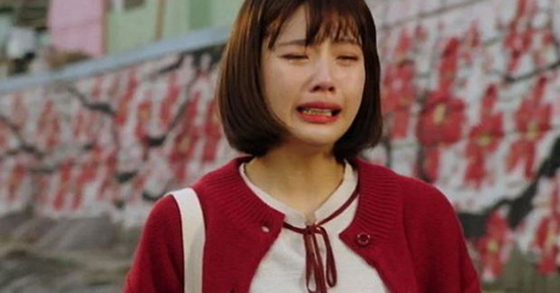 Photo from tvN drama 'The Liar and His Lover' screenshot


During the interview, RED VELVET JOY recalled the time when she was secretly hurt by malicious comments and curse.

Previously, during the Pajama Friends production press conference, JOY confessed her distress about relationships specifically than a previous interview with one media.

JOY said, "When I appeared in We Got because I was young, everyone was favorable to me and less blamed me than now"
and "However, people gradually blame me more and more".

Even it was her innocent behavior, people said, "Why does she act like that?" and misunderstood her.

JOY who didn't know how to deal with the malicious comments at that time confessed that she had no choice but to relieve stress with tears.

According to JOY, "Now, I can filter the ridiculous and malicious comments" and acted more mature and stronger.

Saddened fans who saw the interview which was revealed on September 14, reacted, "Seems like JOY was emotionally hurt a lot..", "People were so mean to young JOY".

Along with the story that she was hurt by the malicious comments, JOY expressed her gratitude to JANGYOONJU and SONG JIHYO who also appeared on Pajama Friends.

JOY asked a couple of tips for them who have more life experiences than herself.

Actually, JANGYOONJU and SONG JIHYO said, "We talked about this kind of problems several times in the program, and it was very touching. I really wanted to give her a big hug.

Pajama Friends, a program that Korean wannabe stars appear and stay at the hotel for a night together and show the charm of the vacation at the hotel.

The program will be broadcasted on every Saturday at 10:30 pm.