BTS’ 'DNA' Becomes The First MV by a Korean Group to Receive Half a Billion Hits on YouTube!


BTS became the very first Korean artist to receive over 500 million hits on Youtube for their DNA music video.

DNA, a title song of LOVE YOURSELF: Her was released on September 18 back in 2017. Roughly a year later, this music video exceeded 500 million hits at around 1:22 am on September 20. And this had led the group to name themselves to be the sole Kpop artist to make such historical achievement in the shortest time among all other Korean idol groups. 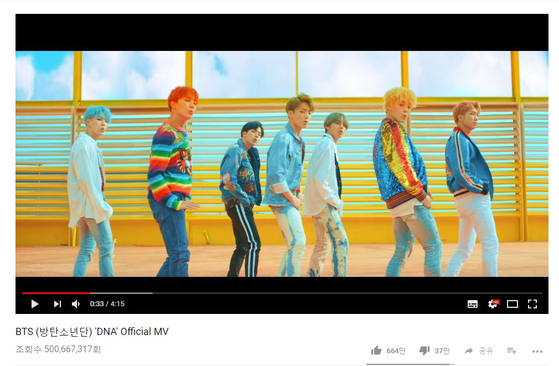 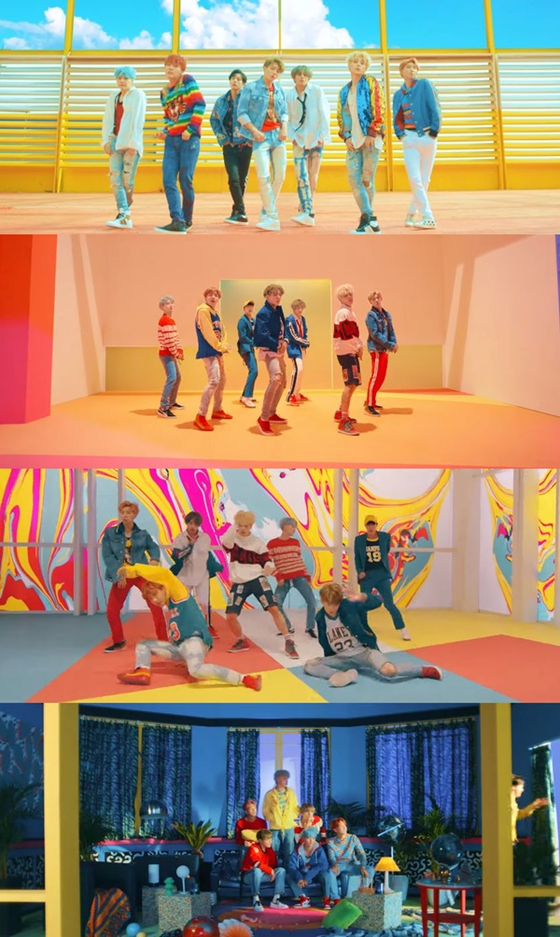 Previously BigHit Entertainment introduced that the music video of DNA "visually expressed the lyrics 'As we have been calling each other, DNA in my veins tells me that I have been looking for you for a long time. All these are not a coincidence. We both have found our destiny, DNA' by converting scenes of virtual reality and outer space."

While the group already have 4 of their music videos: FIRE, DOPE, Blood Sweat & Tears, MIC Drop Remix, and FAKE LOVE exceeding over 300 million hits, BTS successfully added DNA on top of the list. Furthermore, Not Today, Save Me, and Boy in LUV received over 200 million hits, and Spring Day, Danger, I NEED U, War of Hormone, and IDOL received over 100 million hits on Youtube.