BTS to Make a Speech at United Nations General Assembly 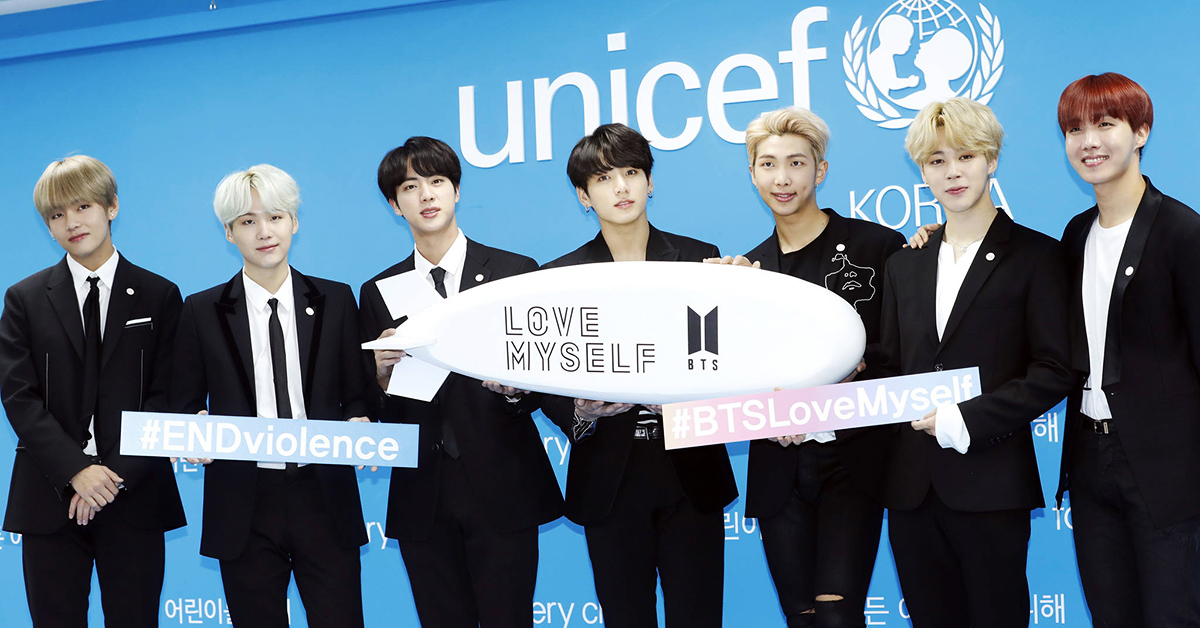 
According to multiple sources on September 19, BTS will attend the announcing event of UNICEF's 'Generation Unlimited' partnership, held at noon of September 24 at UN headquarters, New York City. BTS is also scheduled to give a three-minute long speech in front of the audience.

'Generation Unlimited' is UN's new global partnership program, arranged to expand investment and opportunities for teens and youth aged 10 to 24. At this event, about 10 high authority figures such as António Guterres UN Secretary-General, Henrietta H. Fore UNICEF Executive Director, and three first ladies including Kim Jung-sook from South Korea will be present.

Previously, BTS attracted UN's attention by sponsoring UNICEF's 'End Violence' campaign, as they conducted 'Love Myself' campaign together with UNICEF's Korean Committee. 'Love Myself' is a donation campaign intended to encourage people to love themselves first, and then to make the world a better place with that love.

BTS donated some portions of their sales profit from LOVE YOURSELF albums and official campaign souvenirs, and they also donated contributions from the general public. In last November, they donated 500 million won to UNICEF, and as their fans from all over the world participated, 1.15 billion won has been raised till now.

While BTS kicked off their tour in the US, starting from September 5th's show in Los Angeles, they are to hold a concert in Citi Field stadium in October 6, for the first time ever as a Korean singer.