The Tonight Show Starring Jimmy Fallon (The Tonight Show) on September 18 announced BTS' appearance on the show via its broadcast and official Twitter.

NBC's Jimmy Fallon show is an American late-night talk show hosted by Jimmy Fallon, where many of the world-renowned celebrities including Chris Hemsworth, Dakota Fanning, and Tom Cruise have made their visit to the show up until now. 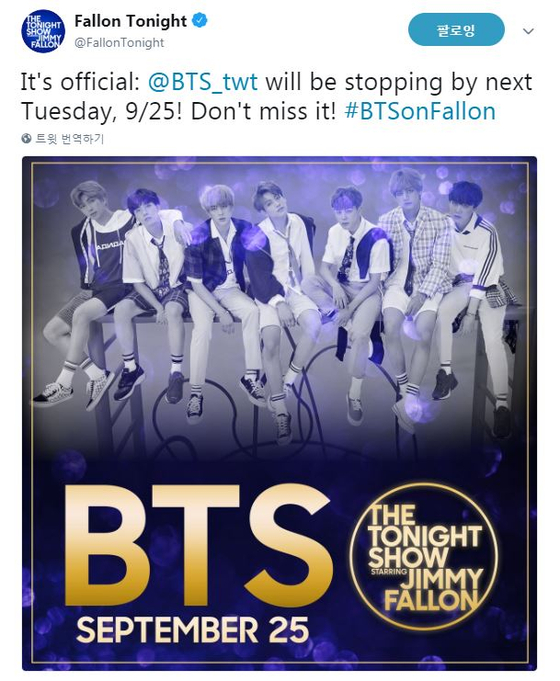 Hereby, BTS added The Tonight Show on top of Dick Clark's New Year's Rockin' Eve, The Ellen DeGeneres Show, and The Late Late Show with James Corden, the most popular TV programs of ABC, CBS, and NBC which the group already have earlier this year.

As BTS recently wrapped up the world tour concerts in LA, Oakland, and Fort Worth, they are to continue their LOVE YOURSELF tour concerts from September 20 to 23 at First Ontario Centre in Canada.