Former KARA member Kang Ji Young got embroiled in a controversy of relevance to the latest incident of Koo Hara.

Soon after withdrawing from a team, Kang Ji Young headed to Japan and turned into an actress. However, her Instagram story on September 16 became controversial as she posted a short video clip of popcorn popping. While this could be seen as an unconscious post that coincidentally overlapped with the date of Hara receiving the headline of assaulting her boyfriend, the controversy did not easily blow over.

Currently, Koo Hara is caught up in an assault with her ex-boyfriend, hair designer A. Because two parties' insistences are opposed sharply, A has been investigated by the police on September 17 and Koo Hara faced the investigation on the 18th.


Netizens who've watched the video of popping popcorn inferred that Kang Ji Young was taking a shot at Koo Hara.

In Korea not too long ago, people started to use this newly-coined word 'popcorn gak' which connotes that there's something interesting going on where one must spectate at the back while eating popcorn like watching movies at the theatre. Comprehensively, Kang Ji Young's abrupt popcorn video caused people to think that she felt delighted by Koo Hara's unfortunate event.

Some of the reactions were "She must be mocking Hara", "Whether she has intended or not, it's a fact that she was imprudent", "How can she upload a video of popping popcorn when one of her team members is suffering from all the hardships?", "She must be carrying lots of emotional baggage toward Hara", "Was KARA one of the business groups too? It's very disappointing". 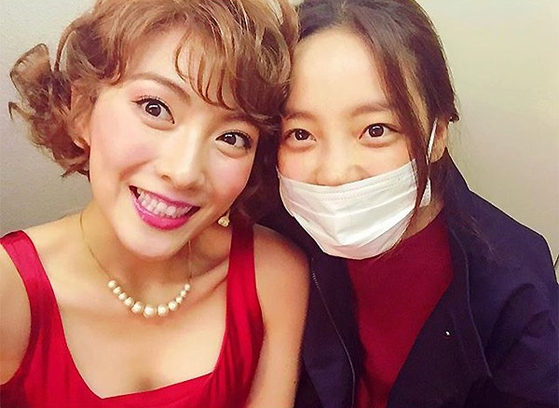 
On the other hand, some refuted that it is a forced interpretation. They responded "How the hell is this taking a shot at Hara?", "It's just a mere conjecture of netizens", "I wish people do not define the relationship between the two just by this single popcorn photo", "This is too headstrong", "How could celebrities be mindful of all those butterfly effects of the photos they post?" "It's always netizens who start the controversy".

Kang Ji Young's agency also reacted ridiculously that the news on their discord is an absurd story.

Currently, the corresponding post has been deleted but it rapidly took air into a full-blown case via news articles, blogs, online communities, and alternative social networks. After all, Kang Ji Young wasn't successful in stopping netizens from criticizing her through Instagram comments.

Even after KARA was disbanded, Koo Hara and Kang Ji Young have well maintained their friendship. And when all is said and done together with a report that KARA members are using a group chatroom up until now to talk to each other, the suspicion is likely to be concluded as a small happening.