"Who it the most anticipated MC?" 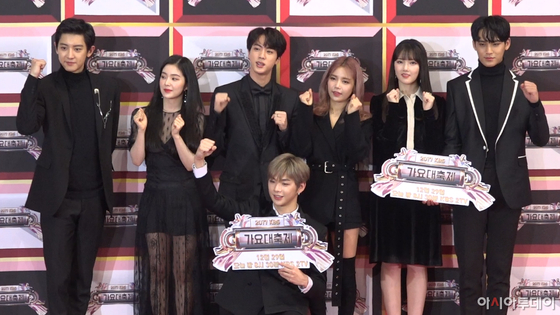 
BTS's JIN and WANNA ONE's KANG DANIEL who were standing in the middle pointed each other and the event MC who saw this moment asked, "Who are you guys pointing at?". Then, two people said they were pointing at each other.

But, the scene that was an issue just popped up next.

It was issued because when MC gave a microphone to EXO CHANYEOL who was standing leftmost, he answered, "Everyone".

JIN and DANIEL were amazed at this amazing answer, and when IRENE who was standing beside them also answered "Everyone", JIN and DANIEL also furtively flipped their hands and followed the answer "everyone". 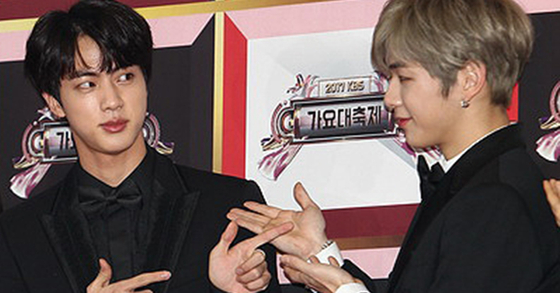 
Because of JIN's cunning attitude change, all the idol MCs who were staying at the moment laughed a lot.