"I did not engage in a fraud in any degree. I can never forgive my father."

She was recently accused by police because of her pastor father


Singer Yenny(also referred to as Ye-eun or Ha:tfelt), who has been charged with fraud along with her pastor father, denied all the suspicions about her.

At an interview done with a press, she stated, "I was active as a member of Wonder Girls for over 10 years since debut, and after moving to Amoeba Culture, I stood in front of the public by the name Ha:tfelt. It wasn't that much, but I earned as much as I could feed myself with whatever I want to eat, and as much as I could pay for my family's living expenses. There is no reason at all, for me to take part in a fraud."

Yenny and pastor Park have been investigated by the police for a charge of fraud, as they got accused in March. People at Yenny's dad's church argued that pastor Park siphoned off investment money he collected from them, under the name of the entertainment business. They also insisted that Yenny also participated in the pastor's business briefing session.

Regarding these charges, Yenny emphasized, "I have never attended those briefing sessions, and I can give a firm promise that what I'm saying isn't false."

She further explained, "Just once, I had a conversation with three of the customers at a cafe, when my father continuously asked me to introduce him a composer, saying he's preparing for an entertainment business. One of those customers is the accuser who accused me."

She added, "That meeting was merely an occasion to introduce people, not a business presentation, and if I had known it was related to a fraud, I would have never met them and would have cut relations with my dad right away." 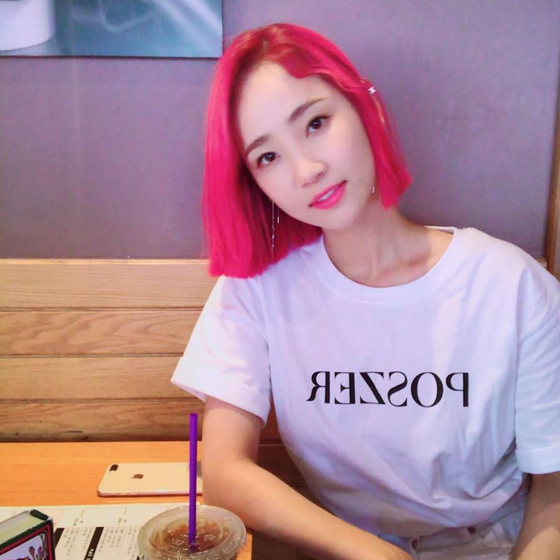 
She also spoke about her hurtful family history.

She told that her parents got divorced when she was 12 years old, and three years later when his dad married the second time, she cut ties with him since then. She said, "From the earliest days I remember, my parents were divorced due to my dad's constant affair, and I was on uncomfortable terms with him, to the extent I was not calling him 'dad'."

She went on, "However, as my sister got married in 2012, conversation with him became inevitable. Since then, he kept on contacting me through other families, saying, 'I miss you, I'm sorry', and the process of forgiving him and cutting relations repeated over and over. I never imagined the cost of forgiving him for a moment would be this huge."

She burst out sobbing as she conveyed her sad feelings toward the victims of fraud and sexual harassment. "It breaks my heart. I assume they're in greater pain than me. I am all the more ashamed if my name has been sold in a fraud," she said.

Lastly, she stated, "I can never forgive my father who has committed charge of fraud and even sexual assault, and I also promised my families, I would no longer keep any contact with him. Even though my heart is bleeding, since I am irrelevant and have nothing to feel guilty about this incident, I will stay strong and sincerely participate in the investigation."

Meanwhile, pastor Park is already serving his six-year sentence in prison since last year April, as he was arrested and charged in last year February, with embezzling 19.7 billion won from 150 churchgoers and acquaintances.

He is also under suspicion of sexual harassment. Channel A reported, "Park is under police investigation for sexually harassing a female churchgoer three years ago. Park called her out for five months from April 2015, and forced physical contact from her, asking for massages."