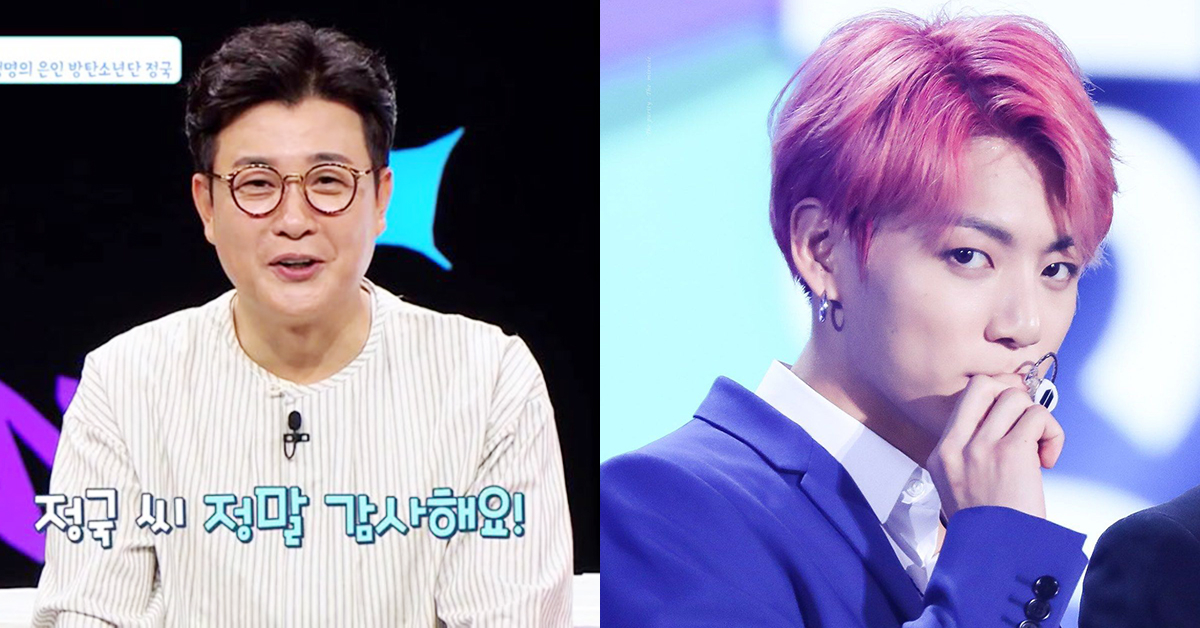 
Broadcaster Kim Seongjoo revealed the reason why BTS' Jungkook is his savior.

"Jungkook saved me from the moment I could've died," said Kim 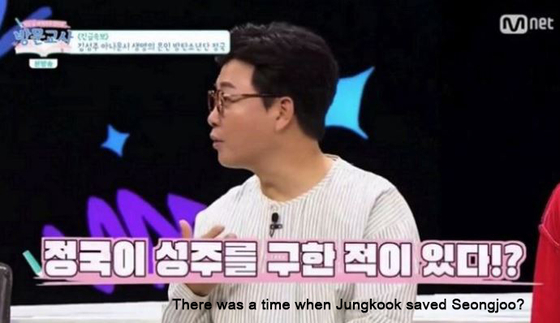 
On Mnet's Visiting Teacher aired on September 6, Kim told the story of when Jungkook saved his life.

On this day's episode, MBC's anchor Kim Soyoung, who's famous for being a fan of Jungkook, appeared. Seeing her, Kim started his story; "Jungkook had saved me from the moment I could have died."

He said, "There was a concert, and the next one to perform was BTS. They were to appear from below the stage with a lift, but the lift was powered off."

"However, I didn't know the situation, and as I was taking backward steps, I fell all the way down to the lift's pathway," he went on. 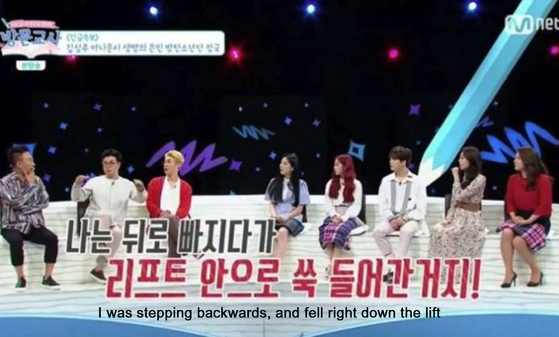 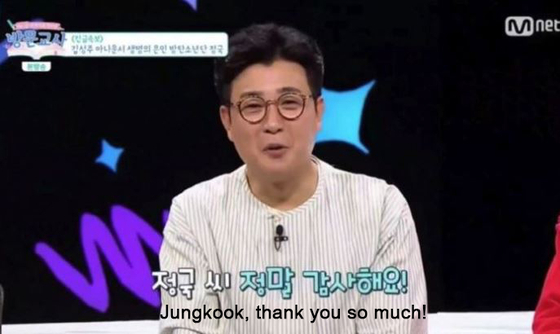 
Kim further added, "But fortunately, Jungkook was in there, so I could save my life. Since then, every time I see BTS, I say thank you."

The footage of that situation clearly shows that Kim, who was stepping backward, suddenly disappears into thin air. Staffs hurriedly ran to the site, and a few minutes later, Jungkook appeared from the lift, presumably, because the situation must have been cleared safely.


Fans who were impressed by this episode wrote, "We would have never known this story if it weren't for Kim Seongjoo", "What a relief both of them were safe", "Jungkook is an amazing person as always."

Along with praises, fans also responded with concern. In the videos of the stage that day, Jungkook seemed uncomfortable moving his arm free and was also slightly frowning. Those who were worried commented, "Maybe he was injured trying to save him."