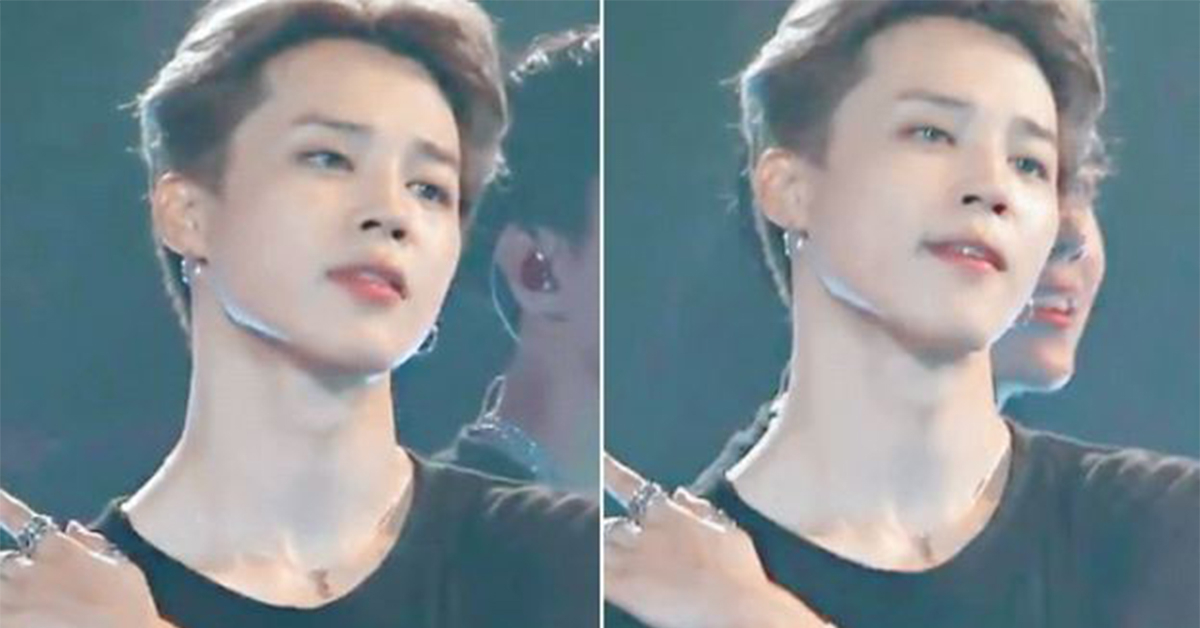 
JIMIN took the hearts of people just in 7 seconds.

7 seconds and you'll be his fan

On September 7, one foreign Twitter user posted "He's so ethereal that even his eyes are glimmering ××" with a short video clip of JIMIN at LOVE YOURSELF world tour concert held in LA Staples Center. 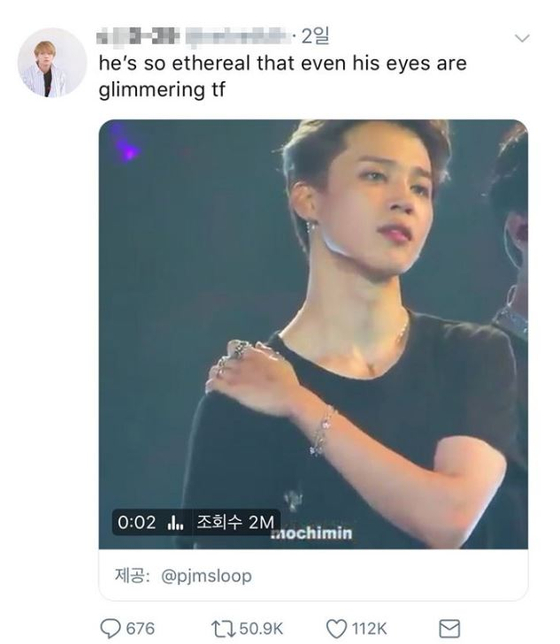 
JIMIN in the video was putting his hand on his shoulder and gazing at his fans at the site.

Shortly after, this short video clip has exceeded 2 million hits and was shared over 50,000 times just in 3 days. And this JIMIN-phenomenon let foreign netizens to instantly fall in love with him without any background information on K-pop. 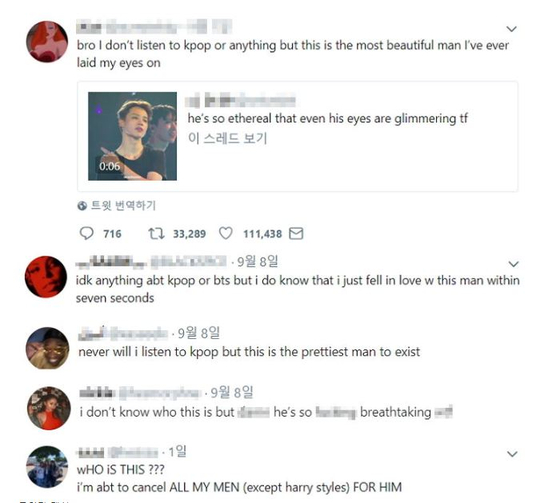 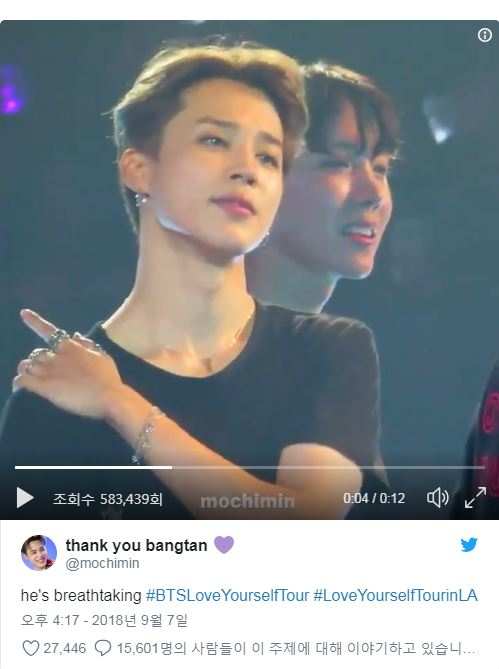 
And many started to share their thoughts on Twitter "I don't listen to Kpop or anything but this is the most beautiful man I've ever laid my eyes on", "Never will I listen to Kpop but this is the prettiest man to exist", "I don't know who this is but he's so breathtaking", "Who is this? I'm about to cancel all my men for him".

As soon as BTS has left Korea for their world tour concerts, Jimin received a roaring attention from foreign netizens to an extent that he was ranked as one of the top most searched topic on Twitter in LA, and Austrailia.

Hence, why don't we go take a look at Jimin's 7-second video clip that heart-throbbed many?