Look at his golden body proportion!! 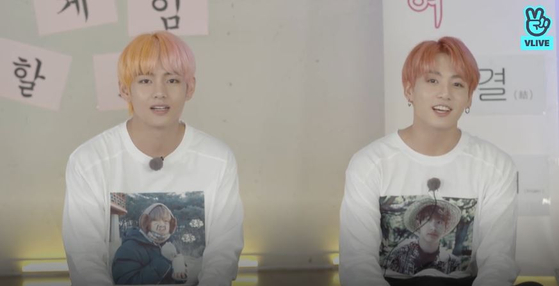 
After a telepathy game, they began a croquis game where members are to draw the opposing team for 15 seconds who are dancing the song's highlight.

However, one of the most eye-catching parts was Jungkook's slender legs. Jungkook was wearing the white t-shirt with black slacks, and his legs were spread out with no end in sight. 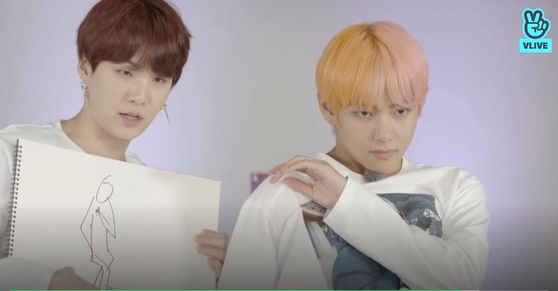 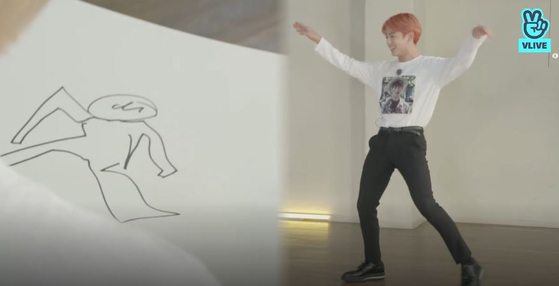 
Although it has been widely known that Jungkook has a perfect body proportion, he comparatively had longer legs than any other members.

Netizens watching the V LIVE responded "I thought Jungkook's legs were at least 2m long", "It was shocking every time Jungkook stood up", "This is the golden-proportion". 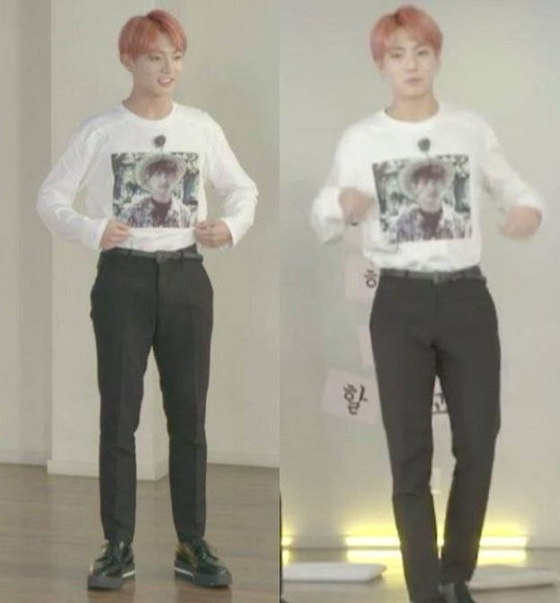 
Meanwhile, Jungkook conveyed his thoughts on wrapping up the long round of LOVE YOURSELF series which was continued on for 2 and a half years.


On their LOVE YOURSELF: Answer album, he said "I feel proud, but sad at the same time. But I hope ARMYs are satisfied with our last album."