BTS' JIN's Adorable Reaction When Nobody Entered His Live Broadcast 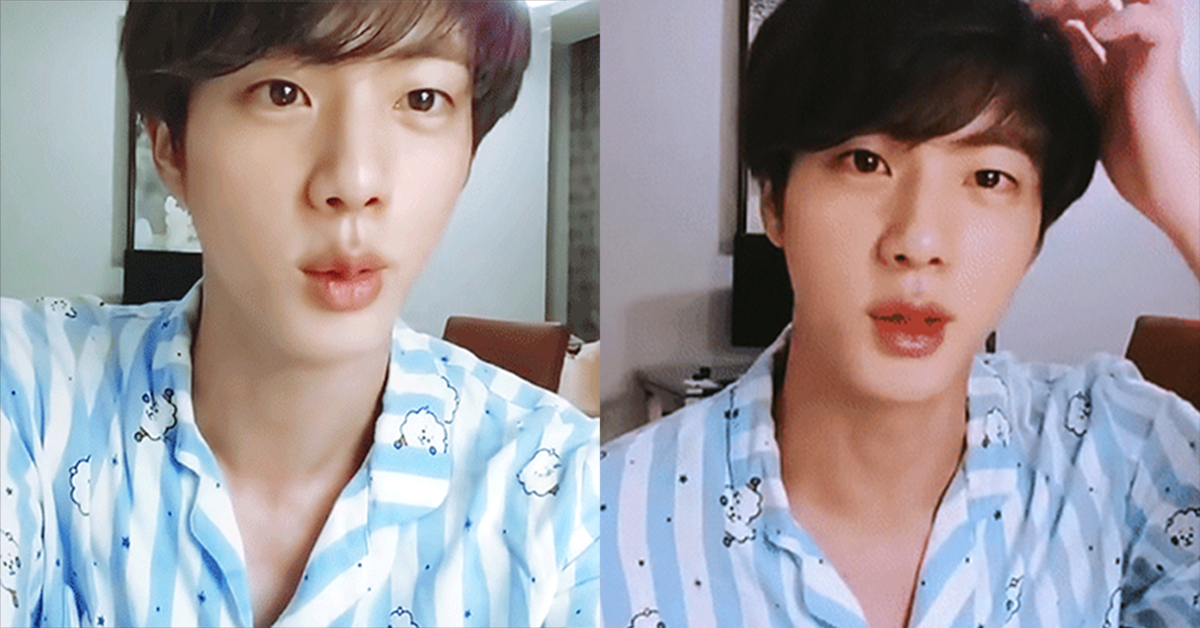 
BTS' Jin gathered attention for being so cute, even at the moment he was bewildered!

His eyeballs were seriously shaking! Hahaha


On September 5, BTS' Jin communicated with his fans through Naver V Live. He appeared with no make-up and greeted his fans in adorable pajamas.

While Jin is a famous gourmet and a heavy eater, he jokingly selected 'American water' as that day's mukbang menu. And throughout the live, he sincerely answered questions from ARMYs, and made them delighted by showing off his usual 'old-fashioned jokes'.


However, the scene that really made fans' go crazy was the very first 20 seconds of the live broadcast.

When Jin turned on V Live, no one entered even when 20 seconds went by, and he couldn't hide his confused feelings.

He scratched his head as if he was embarrassed, and said to himself, "The wifi seems weak. No one's coming in when already 20 seconds have passed?"


With an awkward face, he continued to murmur, "Maybe ARMYs are really busy? Nobody is entering when 30 seconds have passed."

Netizens raved about him by writing comments such as, "He's good-looking but at the same time super cute!", "Jin. we're sorry we came late. The alarm came late!"