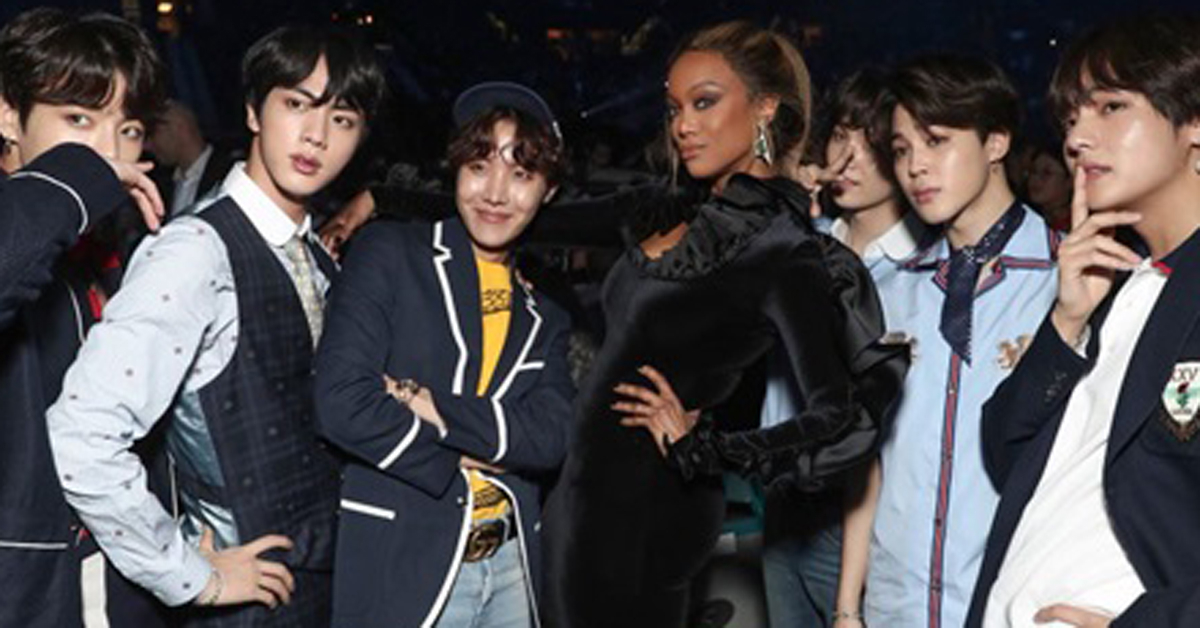 
In the mouth of BigHit Entertainment as from September 6, BTS will perform on the 13th season of America's Got Talent which set to air on September 12. 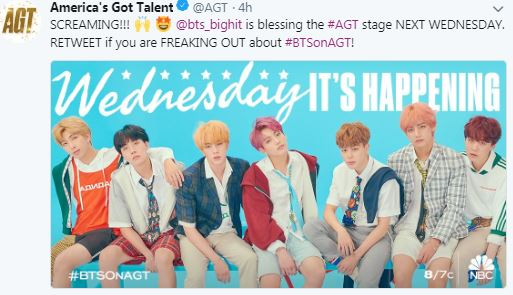 
America's Got Talent (AGT) also announced through its official social media that "BTS is blessing the AGT stage next Wednesday." 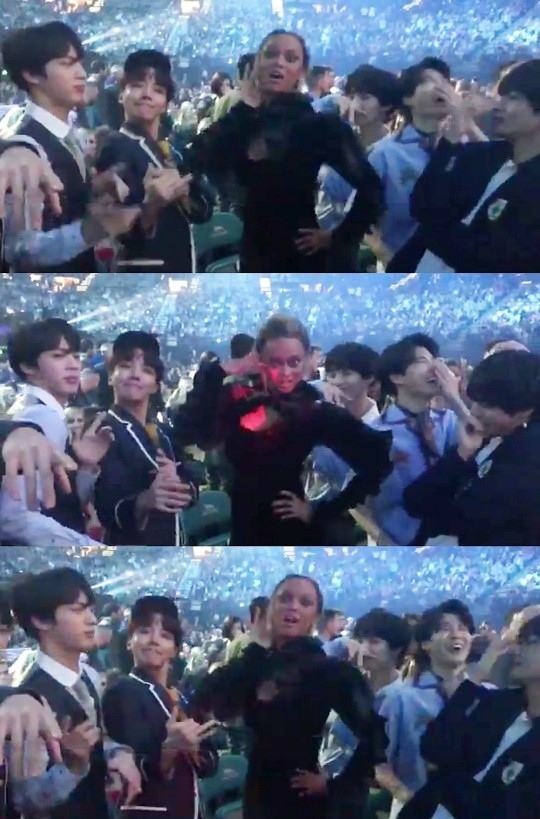 
A model and the host of the program Tyra Banks tweeted " for this reunion, right? My fierce superstars @BTS_twt are performing on @agt next Wednesday night!!!! #BTSonAGT #BTSarmy". While Tyra previously met the group at 2018 Billboard Music Award in May, she mentioned names of each member, requesting their appearance on AGT.


AGT is a contest-like show program where talented people are picked out, and the 13th season has begun since this May.

While BTS topped Billboard for the second time, the group is scheduled to hold their first LOVE YOURSELF world tour concert at Los Angeles Staples Center starting September 5.