Drama Boyfriend is a romance drama which revolves around Cha Soohyun, who is a daughter of a politician as well as royal family's ex-daughter in law who never had her own life and Kim Jinhyuk, a pure man who lives his ordinary life worthily.

It is a romance story about Cha Soohyun and Kim  unexpected encounter changes each other's life.

On the day, a lot of Song Hyekyo and Park Bogum's drama shooting moments photos were uploaded on the various Korean online community.

Especially, Song Hyekyo caught attention by showing long hair, which is unlike her previous recent hairstyle at the event. 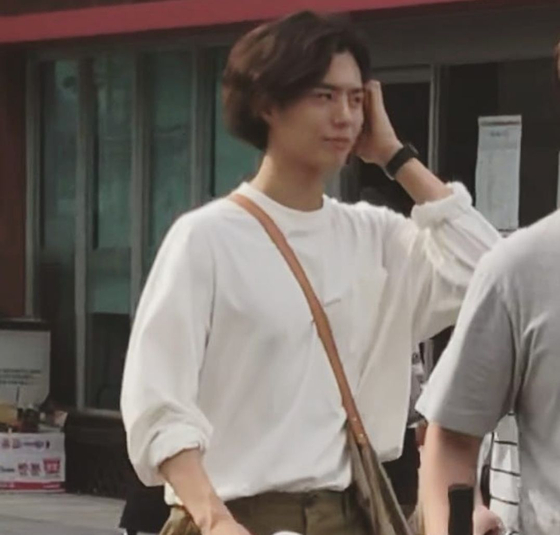 On the other hand, fans were disappointed by Park Bogum's hairstyle.

Recently, Park Bogum grew hair long and drew hair back over the ears.

After the photo revealed, Korean netizens' reactions were like, "Please get a haircut, Bogum", "You look better with short hair".

Drama Boyfriend is set to go on air on tvN in upcoming November.