The Reason Behind BTS' JIN Wearing an Eye-Catching Outfit Was… 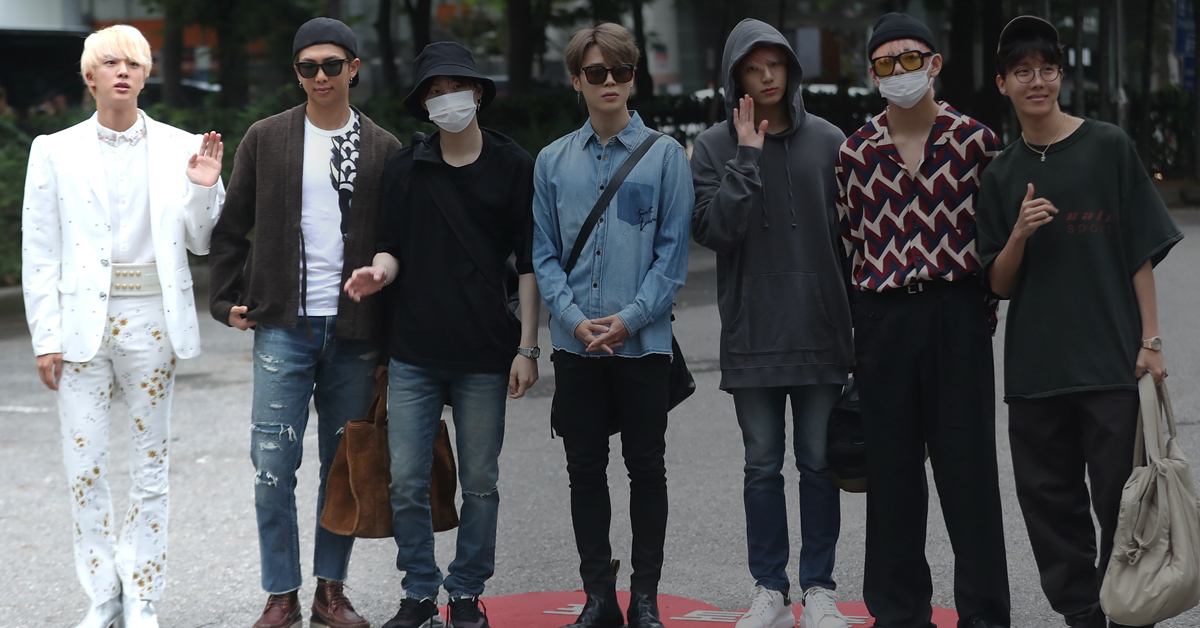 
BTS' Jin attracted a public gaze by his eye-catching outfit.

The group on August 31 headed for KBS to attend the recording at Music Bank. Prior to their recording rehearsal, BTS had a photo time and Jin alone stood out among all 7 members. 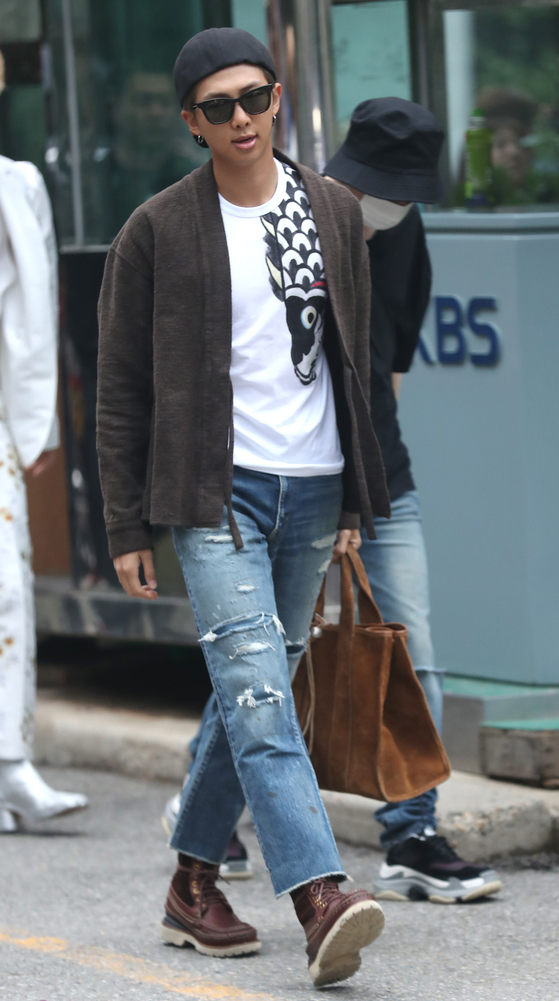 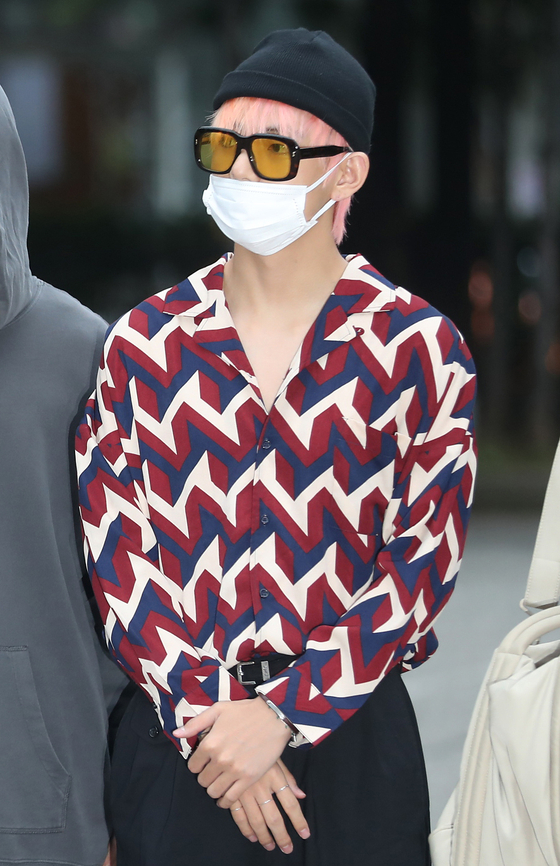 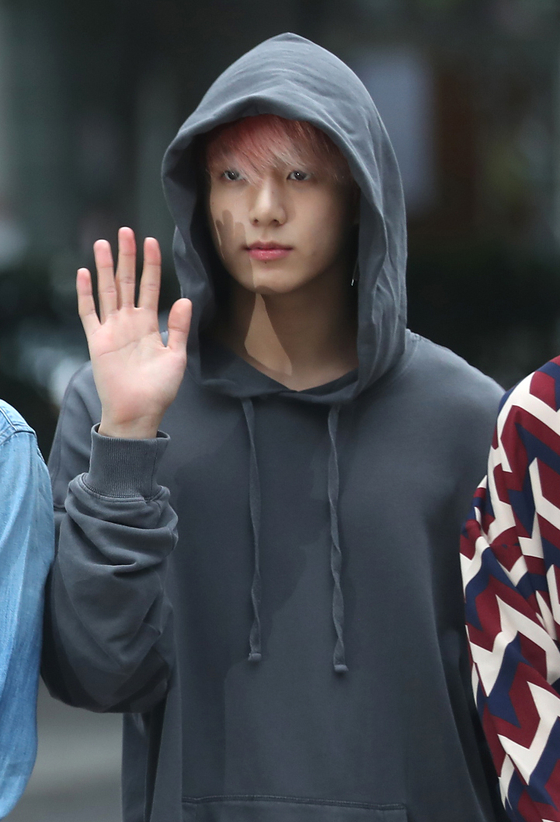 
While others wore comfy clothes, Jin's was rather unique and distinctive. White-colored suit with flower-patterned pants made him look like a prince in a fairy tale.
And the highlight was the sharp-pointed heels and the belt. 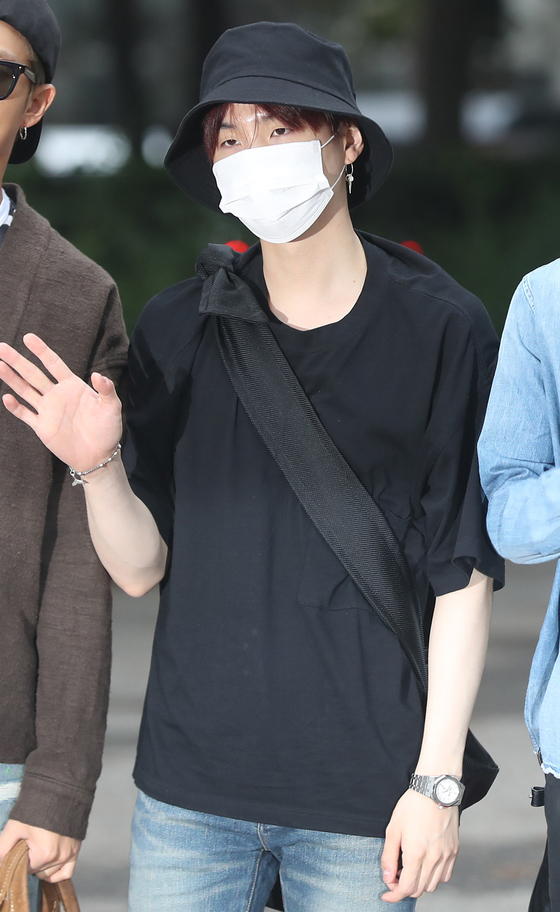 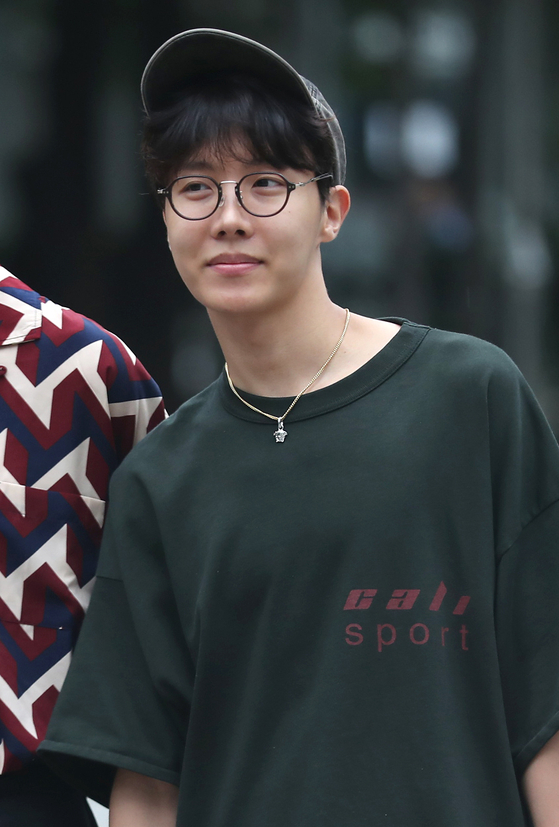 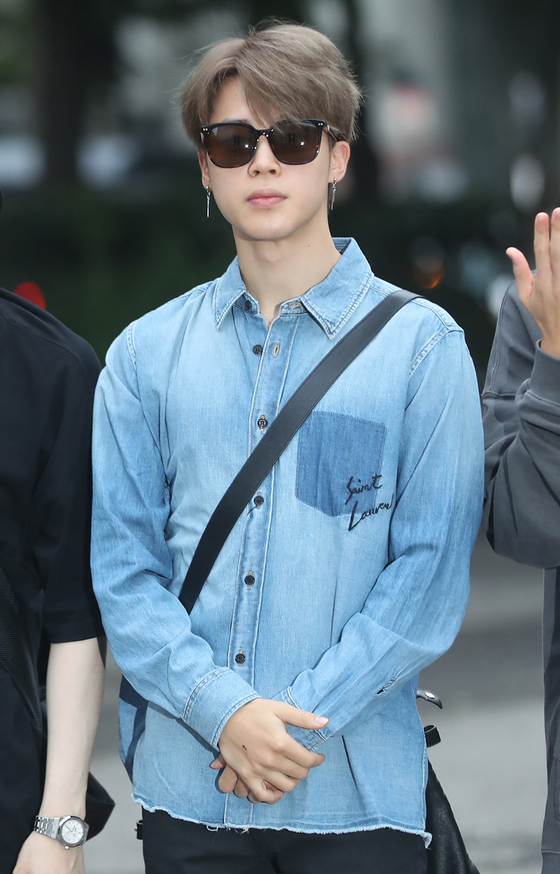 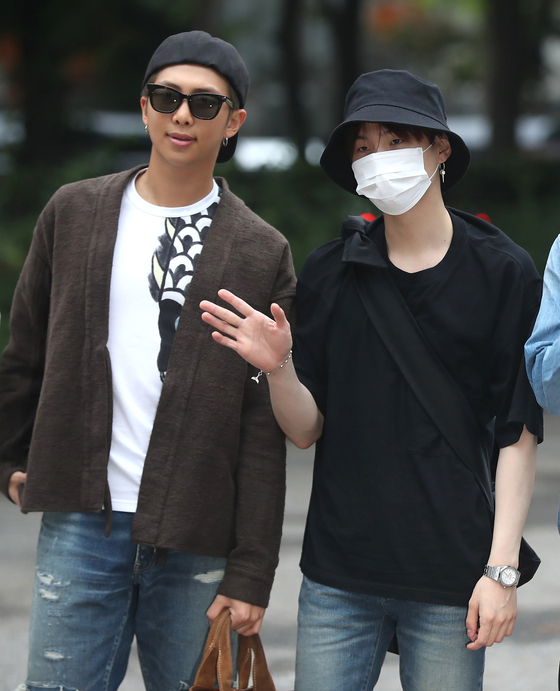 
According to a press on August 31, Jin's outfit was a costume used from LOVE YOURSELF: Answer album and Jin wore it for a surprise event. A staff conveyed "The event was carried out following Jin's opinion." 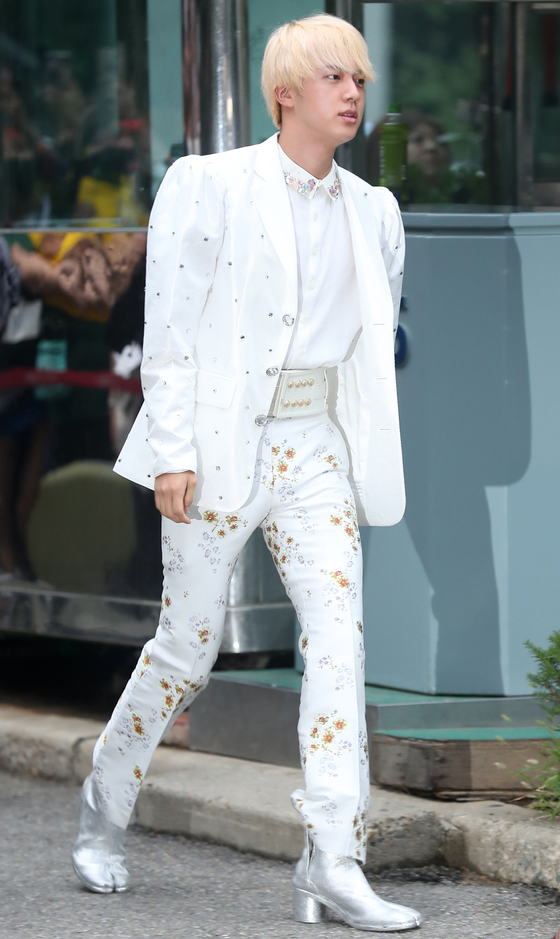 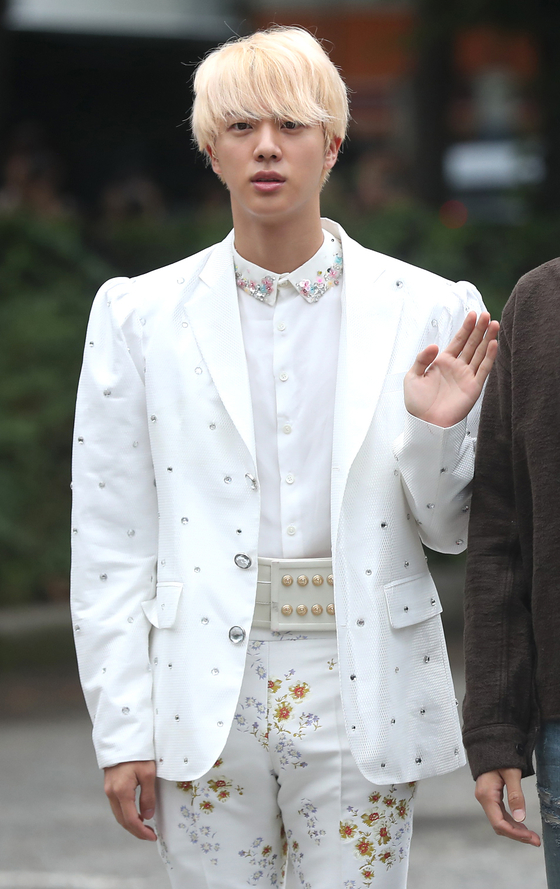 
It's been reported that BTS' repackage album sold over 860,000 in the first week of its release. Shortly after its release, the album has topped Itunes 'Top Album Chart' in 65 countries including America, Canada, Japan and more.