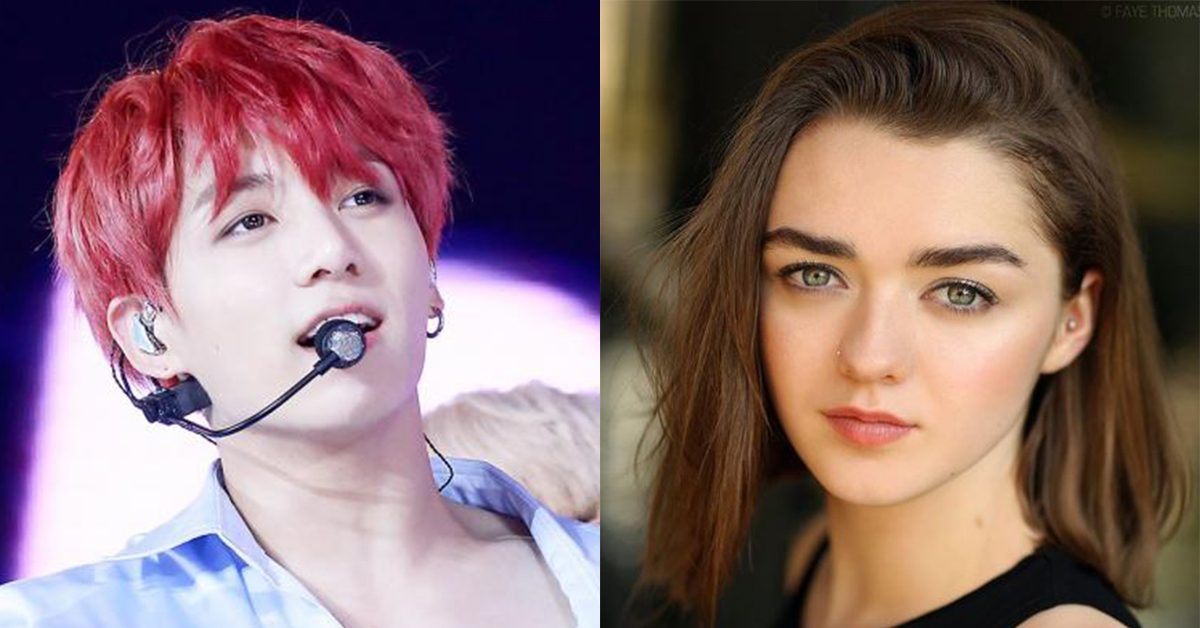 On August 30, Williams tweeted about her favorite Kpop idol. To a fan's question "Maisie are you a BTS stan? I need to know I love them", she answered, "Yes, I stan BTS for life ♥."

And as the fan further asked "Who's your bias? Is it JHope because he's a dancer. Please fangirl with me over them", Williams replied "Jungkook babes♥." 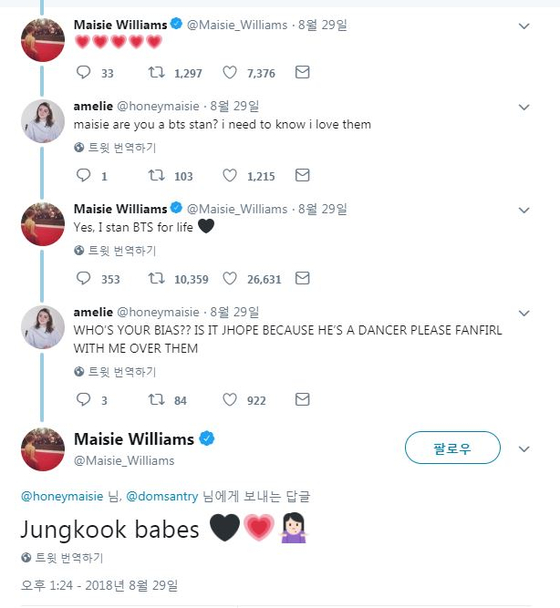 
Maisie Williams is a well-known actress in America with her appearance in a drama Game of Thrones. And considering her age of 22, fanship toward an idol group like BTS is very natural. However, by the fact that she is an actress of a world-renowned TV series, fans felt even more rewarding.

On the other hand, the 8th season of Game of Thrones is set to premiere in the first half of 2019.