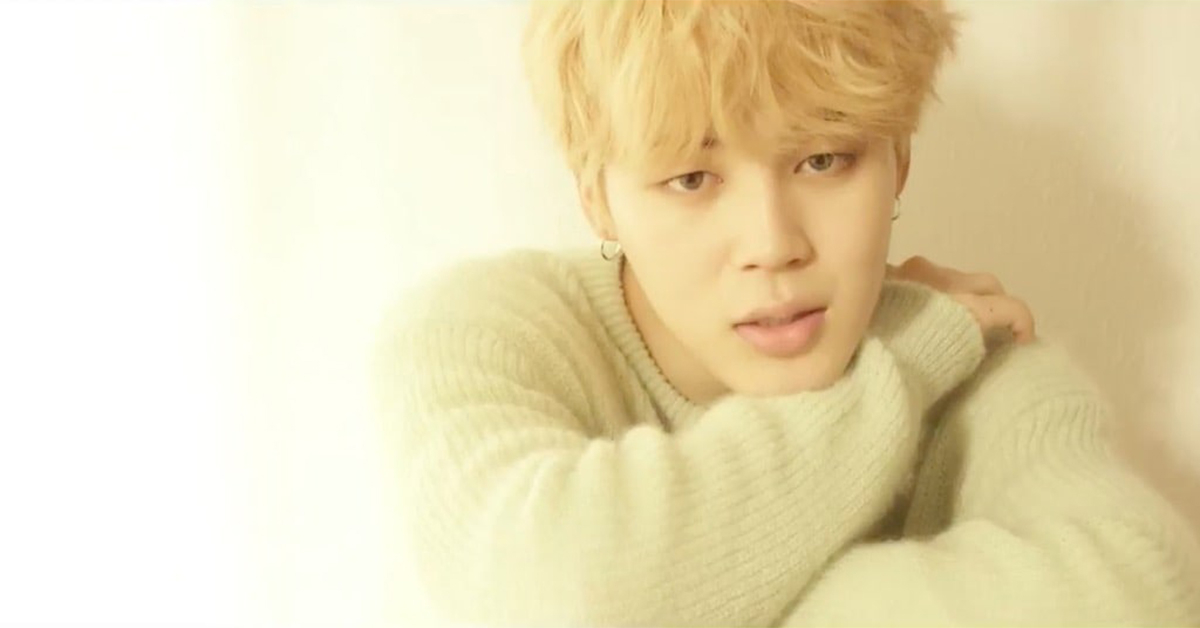 His performance at the concert woahhh


On August 28, the Award winner of 2018 Billboard 'Top New Artist' Khalid tweeted "I can't stop playing this @BTS_twt  good" with a photo of himself streaming the song.
Accordingly, Jimin appreciated Khalid by responding "Thank you". 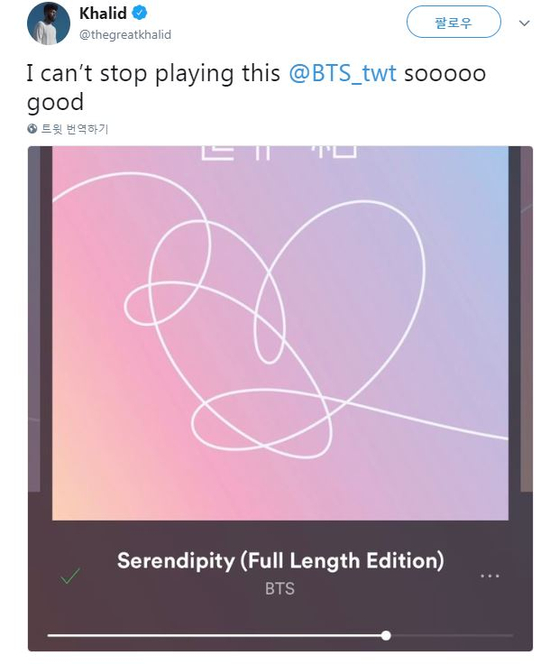 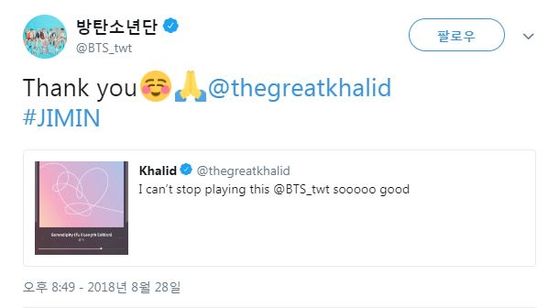 
Not only Khalid, but a well-known Hollywood actor, and the emcee of the famous talk show James Corden also complimented Serendipity.
He on the Twitter posted "I want BTS to come on my show and perform serendipity so bad! Maybe we could even sing it in a #carpoolkaraoke?" 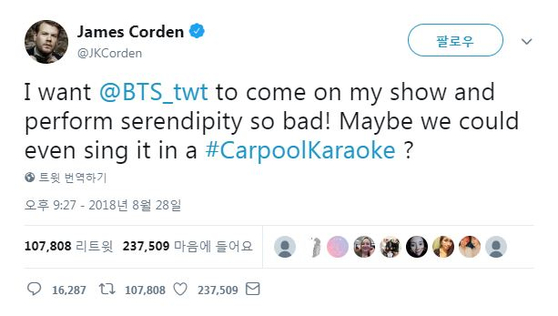 
Jimin's Serendipity is a track included in BTS' repackage album LOVE YOURSELF: Answer released not too long ago on August 24.
This song was initially introduced in the former album but newly reopened with its full version.


People evaluate Serendipity, well mingling with Jimin's bland yet delicate voice together with the sentimental lyrics.
Despite the fact that it's a solo track, it's Youtube hits have already exceeded over 70 million, looking at 100 million hits ahead.


BTS began promoting their title IDOL on August 30 on Mnet's M Countdown and will go on a world tour starting at the beginning of September.