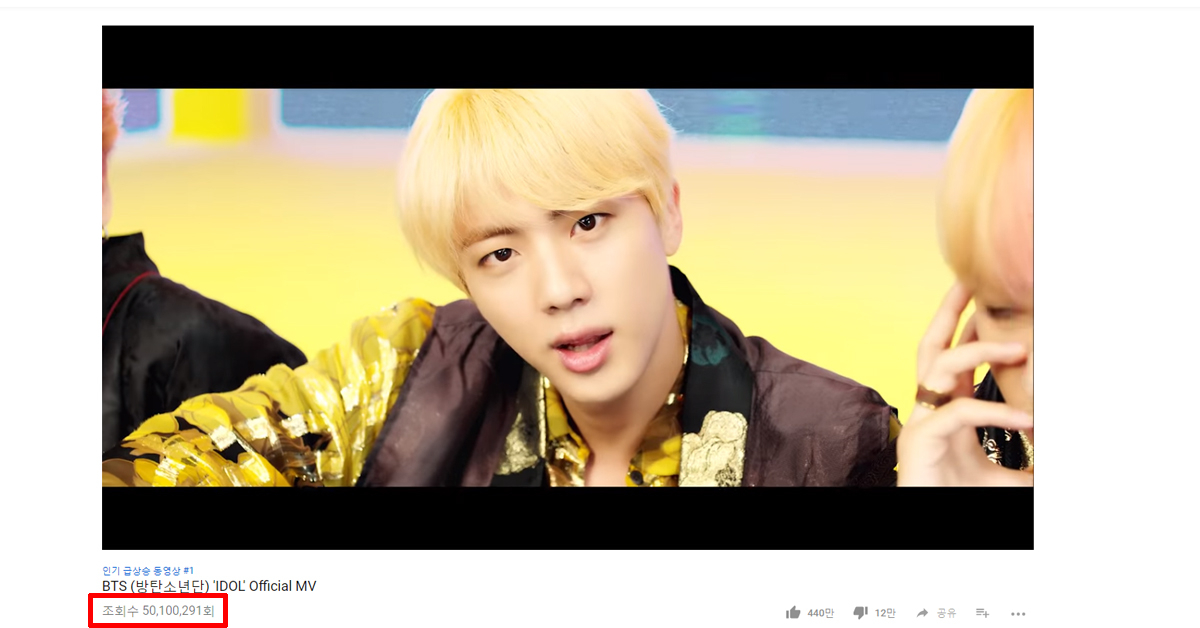 
The group BTS made a new record by exceeding YouTube music video 50 million views in the shortest time among the Korean singers.

I can't wait to see the BTS's stage!


The BTS' IDOL music video exceeded 50 million hits within a day, after the music video released on the YouTube channel at 6 P.M on August 24.


The BTS who released their repackaged album LOVE YOURSELF: ANSWER on August 24 revealed the title track IDOL and topped in the 8 domestic music charts such as Melon, Mnet, Bugs. In addition, all the included tracks are also ranked inside the top ten.

Meanwhile, the BTS will reveal their new song for the first time via LOVE YOURSELF Seoul concert at Seoul Jamsil Sports Complex Stadium on August 25.