Even his embarrassed face is cute!


After the championship, the BTS members had final greetings to the fans. All the members were holding hands and bowed their backs to the fans, but only JIMIN bowed down to the ground. 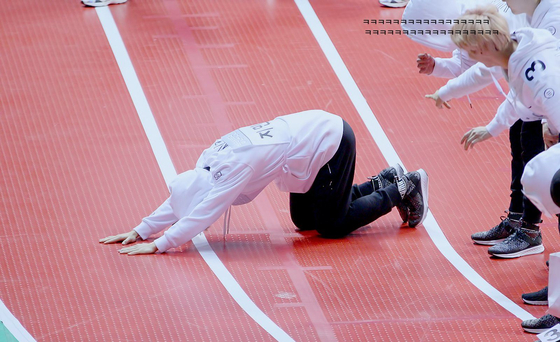 
The atmosphere seemed like, before the championship, the members told each other that they will bow down to the ground to fans, but other members did not do that except for JIMIN.

The other members laughed at seeing JIMIN bowing alone, and JIMIN looked at the members with the embarrassed and dejected eyes. 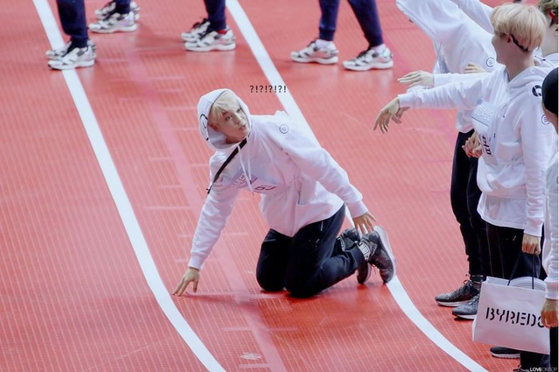 
The fans recalled the memories of that day and said, "He was very cute on that day," "Thanks to JIMIN so the fans were not bored".