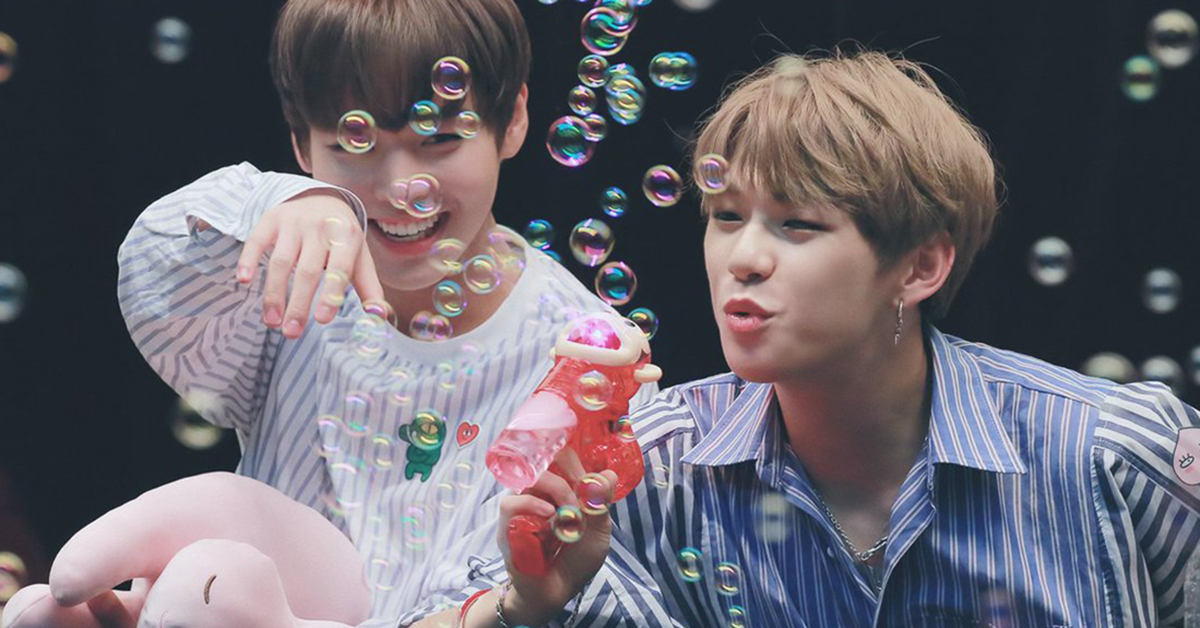 
Ever wondered how Wanna One members saved each others' names on their phones?


Wanna One members spoke about this interesting topic when they aired live on NAVER V Live as a guest of JTBC's Idol Room on April 23. 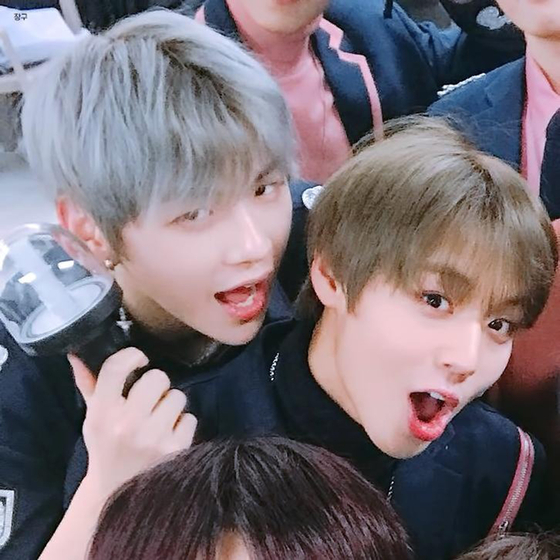 
Among all, the funniest one was how Jihoon saved Daniel's name; he saved him as 'Muscle Hyung'. Daniel must have never known this, as he burst into a big laughter as soon as he heard this, and asked Jihoon in surprise, "For real?" Jihoon also said he saved Jinyoung as 'Small Head'. Jinyoung reacted by showing a flower cup pose.

Next, Daniel explained that he sometimes saves others' names by adding their last names as many times as they change their numbers. For example, Seongwu's name is saved as 'Wanna One Ong Ong Ong Seongwu Hyung'. As for Jaehwan, Daniel saved him as 'King Jaehwan', just because he used to call him 'King' from the past. And Lai Kuanlin as '', Sungwoon as 'Ha Gureumi(which means cloud in Korean and '' means cloud)', and Daehwi as 'Lee Daeri(which means manager in Korean)'.


In case of Daehwi, he said that he saved all the names formally, except for one member. It was Woojin, who's from the same agency with him. Daehwi confessed this shyly, saying that he saved him as 'Together with Woojin Hyung' because he became especially more intimate with him within a short amount of time.

When it was Minhyun's turn to say, he revealed a cute story. While he originally saved all members by their real names, Jinyoung recently complained that it sounds too formal, and so, took Minhyun's phone and changed his own name into 'My Bae Jinyoung♥'. Jinyoung shyly said he did it just because he likes Minhyun hyung. 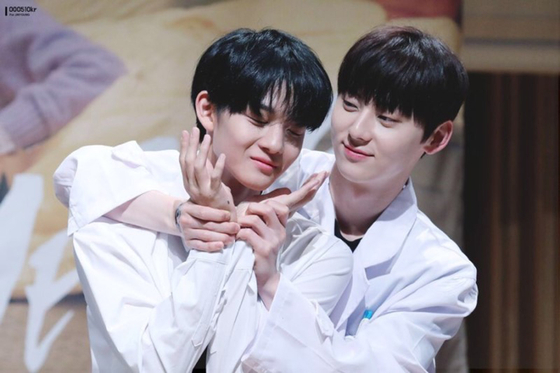 
In contrary, Jinyoung said he saved all the members simply by their full names. When the MCs asked Minhyun, how he would like to be named on Jinyoung's phone, he answered, "I would also like to be 'My Minhyun Hyung' with three hearts." 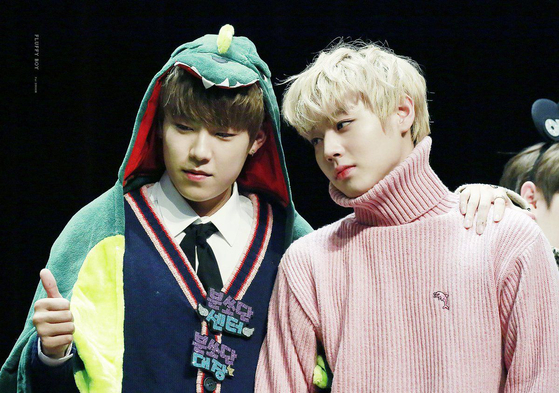 
The cutest name came from Woojin. He said he doesn't like saving names in an ordinary way, and therefore, saved Seongwu as 'Ong-ie Hyung', Minhyun as 'Minhyonie Hyung', Jaehwan as 'Jaehwanie Hyung', and most specially, Jihoon, his same age friend, as 'My Love Hoonie'. While this made everyone cringe from the overloading sweetness, Daehwi turned jokingly sulky, as Woojin seemed to have saved his name formally, unlike himself.

This talking session proved Wanna One members' intimacy with each other, while also giving a huge laughter to the viewers.