As Beagle-dols, the group BTOB’s member YOOK SUNGJAE sensibly coped with the dating scandal with the group DIA’s JOOEUN.

Never mind about the drivels! 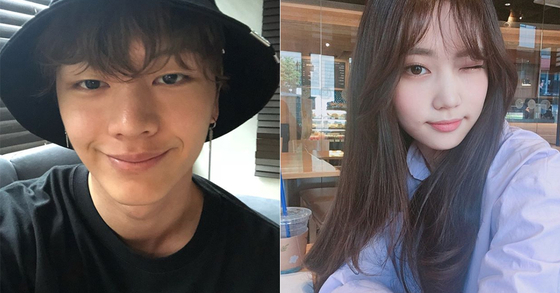 
On August 14, in the afternoon, YOOK SUNGJAE had a V-Live real time broadcasting with BTOB members via NAVER V-app. On this day, even though the online was boisterous due to his dating scandal, YOOK SUNGJAE was cheerful and pleasant as usual. 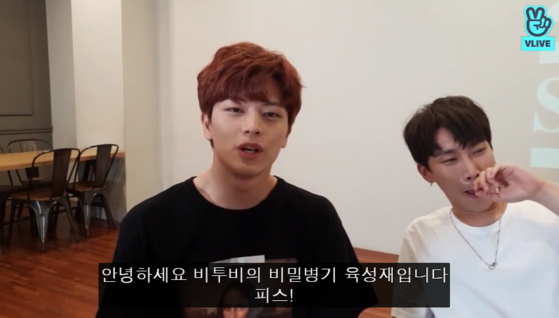 
Especially, he sensibly made his position clearly and comforted fans’ surprised mind. He raised a paper cup that was written “Muk Geum”and faced it to the camera. Then, SEO EUNKWANG, who was right next to YOOK SUNGJAE laughed aloud and cracked up because he realized that it was YOOK SUNGJAE's intended performance. 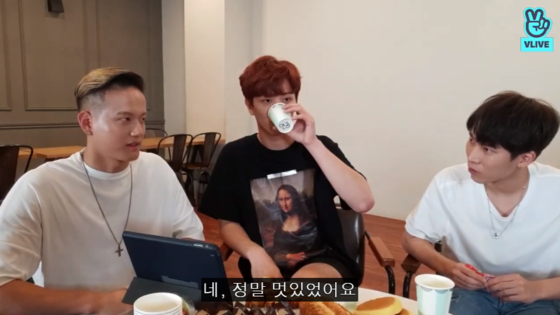 
‘Muk-Geum’ is a new word that is a shorten words of prey prohibition. It means do not give attention to unnecessary words or actions. Which can be interpreted as YOOK SUNGJAE's response of his dating rumor with the girl group DIA's JOOEUN.

YOOK SUNGJAE's agency Cube Entertainment also denied and said, “It was right that SUNGJAE and JOOEUN were together with friends at the meeting, but they are not in a relationship.