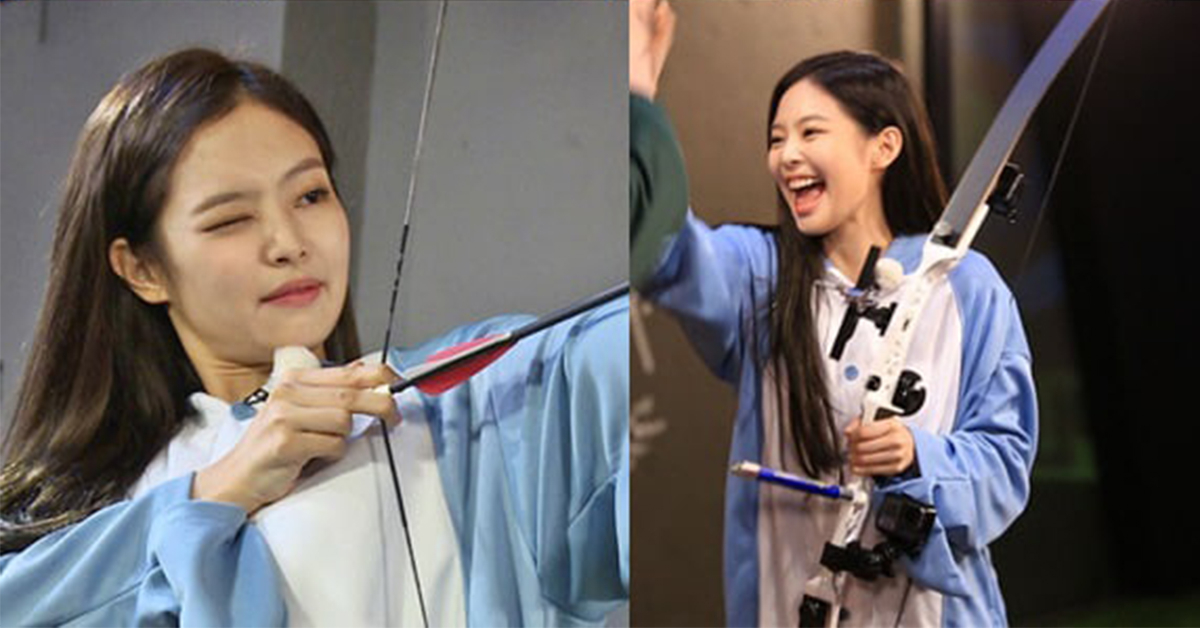 
It didn't take that long for BLACKPINK Jennie to reappear on SBS' Running Man. She guested on August 12 once again, just about 3 weeks after her last visit.

Is she gonna reappear soon again? ♡

Last time when Jennie visited with Jisoo, she experienced the haunted house and grabbed the attention of audiences by her adorable reaction.

And this time, Jennie once again made fans heart fluttering by her signature aegyo.

Here are 3 video clips demonstrating Jennie's features that audiences would fall for.


Jennie informally is a well-known coward. She played "In between cheeks" game, where two members have to guess the object by feeling it's touch without the use of hands.

Jennie got teamed up with Song Jihyo, and while guessing the object in between them, Jennie slowly touched it with her cheek. And during its process, she endlessly cheek-kissed Jihyo.


Jennie in the previous episode demonstrated her "losing hand" side, which implies that she always chose the losing ticket among the various selection.

And without fail, she chose the losing ticket once again in the latest Running Man episode. When she was to choose a box from two selection, she chose a thick 'baby shark' onesie. Jennie in the onesie was undeniably cute, but as Korea at present is having a heat wave, her choice didn't really seem successful. However, her teary face with shark onesie truly was another feature that people would fall for.

3. Losing hand Jennie was reformed as a 'Goddess of victory'


Jennie became a Goddess of victory, by winning multiple games throughout the program. She even beat out Kim Jong Kook in the archery and water ball game.

While the male members failed to score a goal with the water ball, Jennie chose a proper soccer ball and made a goal. At the right moment, her "losing hand" turned into a "winning hand", and her teammates including Jennie herself seemed really proud.