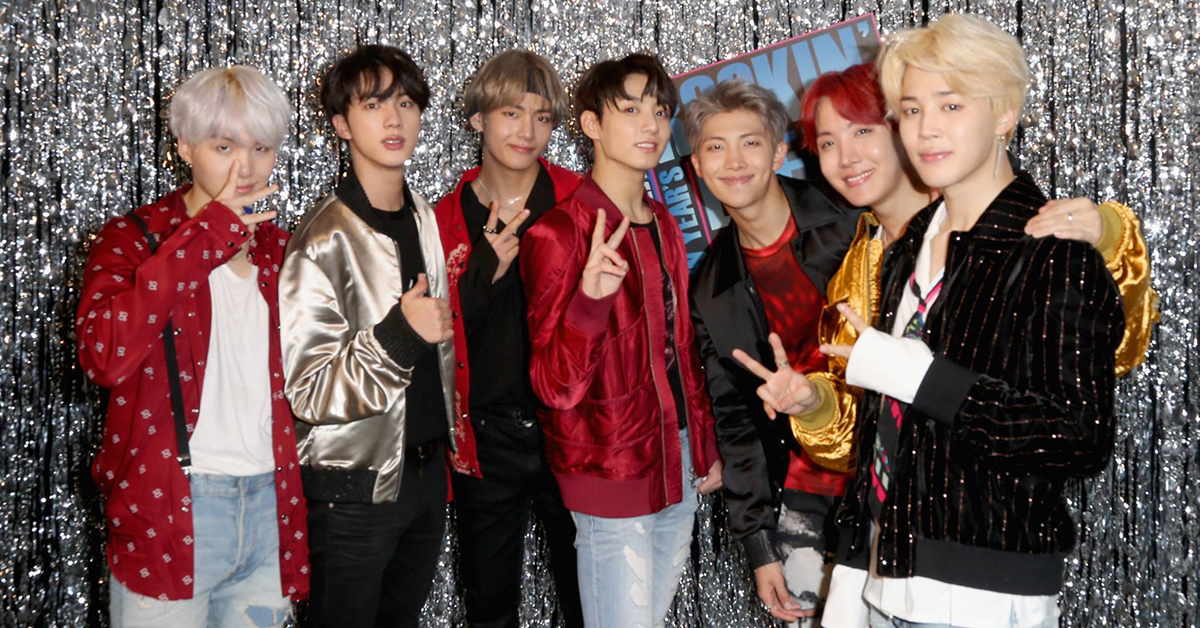 
The netizens who are expected the fans of BTS complained to the Joseph Kahn who made racist and controversial comments about BTS. The angry fans commented, “Withdraw the racist remarks” and “BTS didn’t get a plastic surgery!” 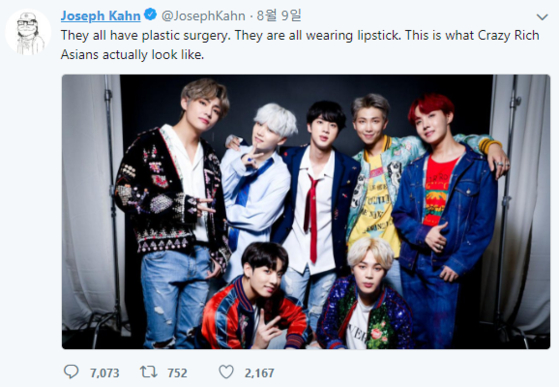 
As the BTS fans’ protest poured, Joseph Kahn uploaded a picture of the rock group and commented on the same day that sneers the fans which say, “You have it all wrong. I love BTS”. 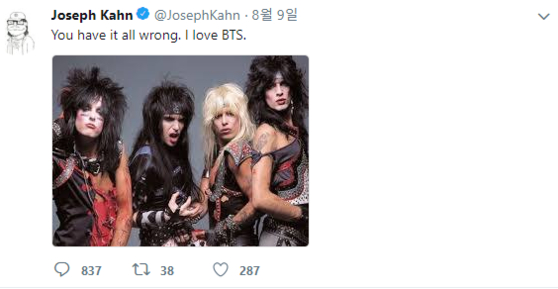 
Joseph Kahn’s Korean name was An Joong-Hee, and he was born in Busan in 1972. Later, he immigrated to the United States at the age of three.

In 2004, he won the Best Short Form Music Video’s director award at the 46th Grammy Awards by directing Eminem’s “Without Me” music video. Also, he produced BoA’s first U.S full-length album ‘I Did It for Love’ music video.