There are Two Members Who Got ‘Couple Tattoo’ among the BTS?? 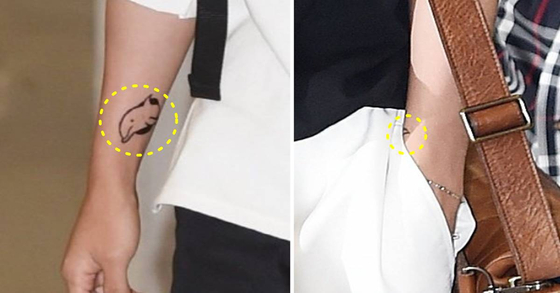 The BTS’s fans are very excited because they captured the BTS’s JIN and V’s ‘Couple Henna’. This was spotted when the BTS came back to Korea from Malta where they visited for shooting the ‘Bon Voyage3’. 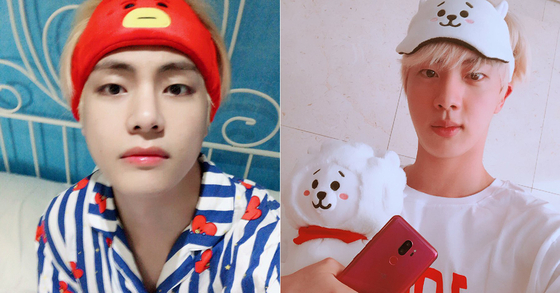 
According to the fans, JIN came back to Korea with the upper body of dolphin figure henna on his arm. At first, the fans made suppositions that ‘JIN got a tattoo’, but because the dolphin is too adorable to draw as a tattoo, fans assumed that it is henna.


Since then, the lower part of dolphin figure was slightly captured from V’s arm, so the rumor ‘JIN and V got a couple henna’ started to spread out via Twitter. 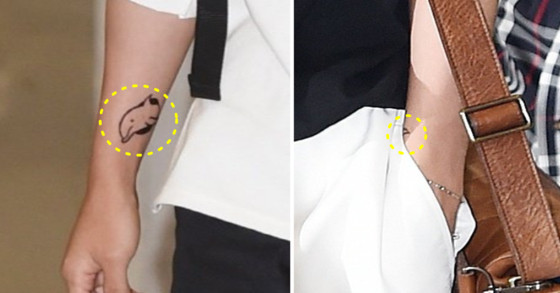 
It is the most potential assume that these two men got a couple henna in Malta. When paints from JIN and V’s are put together, a dolphin figure is completed. The fans who got to realized this made a reactions such as “V and JIN are so cute!” “V and JIN are one”. 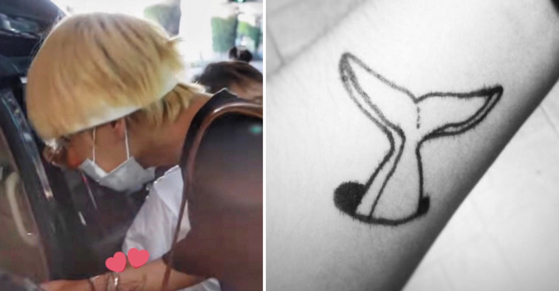 
Also, some says that the BTS, who is right before the comeback might hinting their concept or music is related to dolphin figure. The BTS has released a song with the whale as its main character in the album of ‘The Most Beautiful Moment in Life’ part2’s ‘Whalien 52’, which was released in 2015.