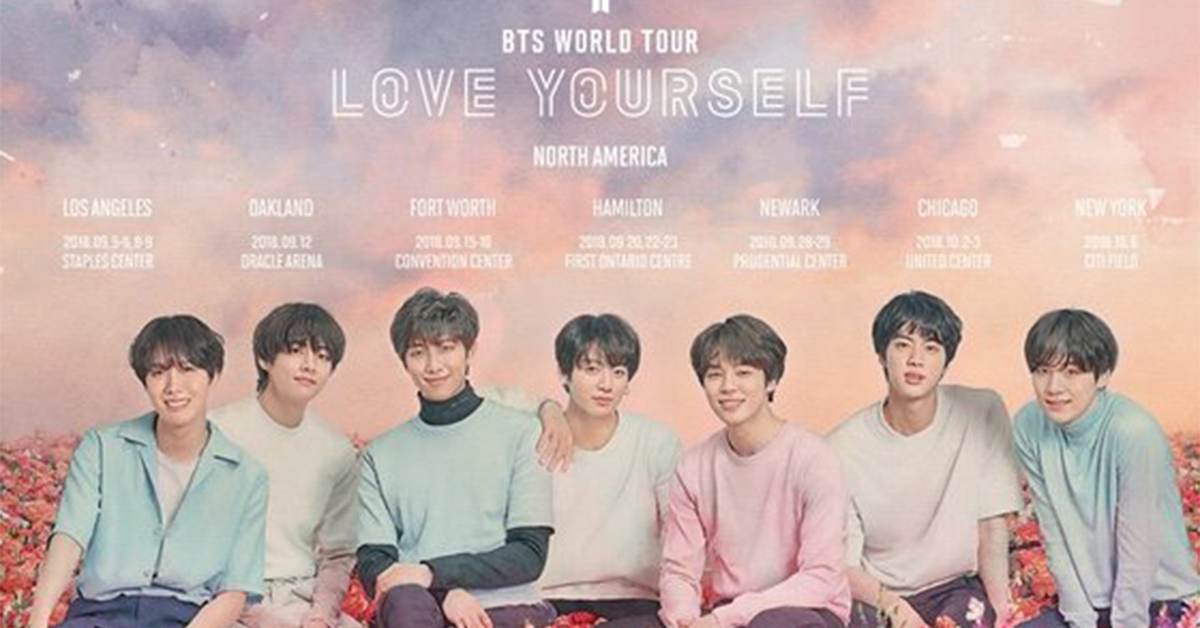 
BTS is having a stadium tour in the US as the first K-pop artist.

BigHit Entertainment on August 9 dropped a news that BTS' LOVE YOURSELF tour is hosting additional stadium tour in America.

From the released schedule, BTS is holding a concert on October 6 in Citi Field, New York. This becomes their first stadium tour in the US, with 40,000 seats.

And there is even greater expectation toward their stadium tour, as BTS is to become the first K-pop artist to hold an exclusive concert.

With this, BTS will start off their LOVE YOURSELF Tour at Jamsil Sports Complex from August 25 to 26 and will hold 33 more concerts in 16 cities throughout North America, Europe, and Japan.

On the upcoming August 24, the group is releasing a repackage album LOVE YOURSELF 結 'Answer'.