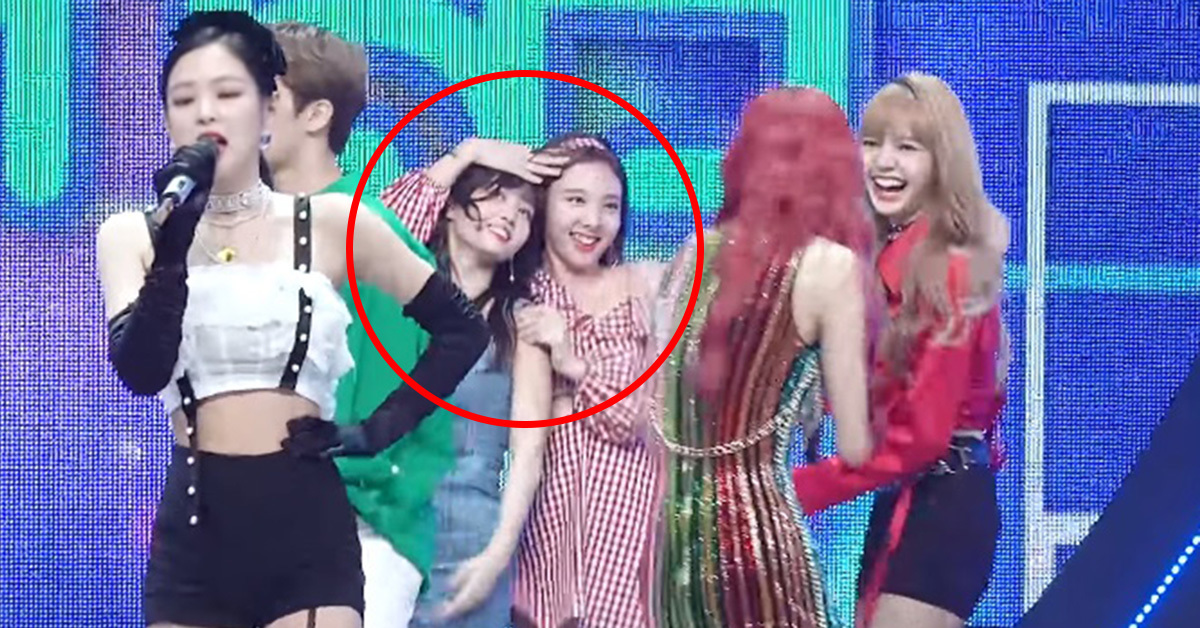 
BLACKPINK won No.1 at MBC Show! Music Core, and at the site of announcement, there was also TWICE who recently made a comeback.

Love their interaction soo much! #TWICEPINK


As BLACKPINK's encore stage began, singers who were on the stage started leaving one by one. BLACKPINK members bowed to each singer as the intro was being played.


At that moment, signs of TWICE's Nayeon and BLACKPINK members' intimacy could be spotted. As Nayeon was slowly exiting the stage, she showed little dance moves of DDU-DU DDU-DU, making eye contact with Jisoo. Seeing Nayeon do this, Jisoo burst into laughter.


Furthermore, Nayeon grabbed Momo's head in her arms, which evidently was a cover of BLACKPINK's choreography of the part where Jennie hugs Jisoo and Rosé's heads in her arms. At Nayeon's cute little cover dance, Lisa, Rosé, and Jisoo all laughed brightly and they waved goodbye to each other. Nayeon's dancing to DDU-DU DDU-DU still continued as she was heading down the stage. 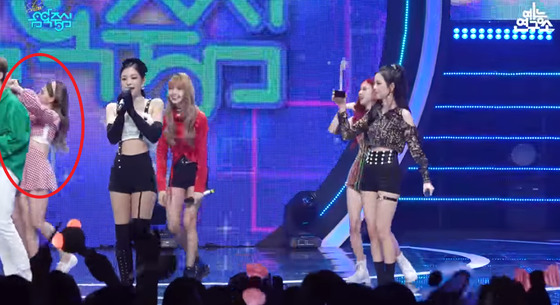 
Like this adorable interaction between TWICE and BLACKPINK, K-pop girl groups are frequently showing their heartwarming friendships when they encounter each other on stage. Recently, BLACKPINK's Jennie and Red Velvet's Irene were seen walking on stage together, putting arms around each other. Despite five years of age difference, it's been told that they're close friends.

After receiving the No.1 trophy this day, BLACKPINK conveyed their thanks to BLINKs and parents. Jennie said, "We got No.1. Thank you so much. Our staffs who helped our album work, let's have a get-together for sure. Thank you, BLINKs." Jisoo added, "Our parents, we love you so so much!"