Former EXO Members LUHAN·KRIS·TAO Are On a Roll, Even Sweeping Billboard


It looks like Luhan, Kris, and Tao have completely overcome the label, "former EXO". At one moment, they rose as China's 'king of ads', and now they're expanding their overseas influence, even taking over Billboard.

Getting bigger even out of China!

It's easy to spot then three's faces on the streets of China these days. To most of EXO's Korean fans, they are still marked as troublemakers for leaving the team without proper notice. On the other hand, in their homeland, they're the three unparalleled top stars.

"Luhan comes out every time I turn on the TV, Tao's ads are on every bus stop. And, Kris' song, Like That is always played on the streets," a citizen expressed his amazement at their local popularity. 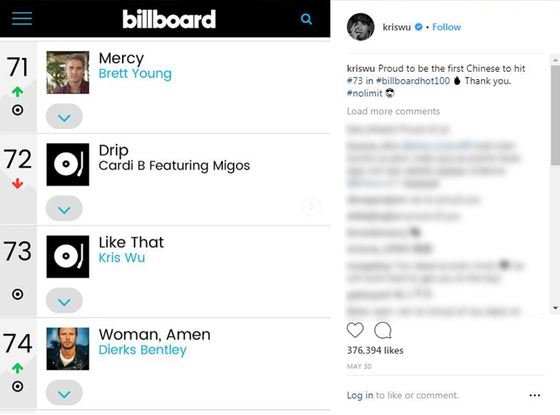 
In case of Kris, he debuted his song at No. 73 on Billboard's Hot 100 chart this June. On the U.S. iTunes Song chart, he kept the top place for a week, recording No.4 on Billboard's R&B/Hip-Hop Digital Song Sales chart.

About this, Kris said, "For the first time as a Chinese song, Like That debuted at No. 73 on Hot 100 chart. I'm so thankful. There are no limits." In the industry, analysts are seeing that his explosive popularity in China is spreading over to the American market. Local media hurriedly reported Kris' success, which led to heightening his values even more.

Yet, Luhan is the highest-paid celebrity in China. Earning 36.2 billion won just during last year, he was ranked the second on Forbes China's income ranking and is speculated to surpass that record this year.

Through various platforms including the variety show, film, and drama, he's being loved by men and women of all ages.  Even after officially acknowledging his relationship with actress Guan Xiaotong last October, his popularity never went down. 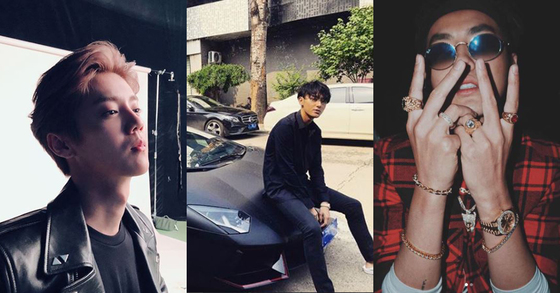 
Tao continuously stayed in the spotlight, as he appeared on the Chinese version of Produce 101, and also starred as an heir of a corporation in the Chinese drama, The Negotiator.

Since then, he's been plastering the advertising boards and is attending different events as a celebrity leading the fashion trends in China. A media once shed light on his Instagram's influence and wrote, "Luxurious goods are flooding on the Instagram of Tao, who is the honorary ambassador of many brands. Just like how he addresses himself as the 'CPOPKing(King of Chinese pop)', you can feel his confidence."