PHOTOS: The Tallest is TZUYU! and The Smallest Is…


On July 12 through V LIVE, TWICE disclosed the group's newly released Dance The Night Away Cover Photoshoot Behind the Scene.


Members proceeded with their individual photoshoot and group photoshoot, and one of the group photo scenes allowed fans to guess the heights of each member (around 8:22 of the video). Since JYP Entertainment never officially stated each one's heights, this scene drew many fans' attention.


The tallest was Tzuyu, who is assumed to be 170cm, and was followed by Jungyeon, Sana, Nayeon, Momo, Mina, Jihyo, Dahyun, and Chaeyoung, presumably around 159cm. 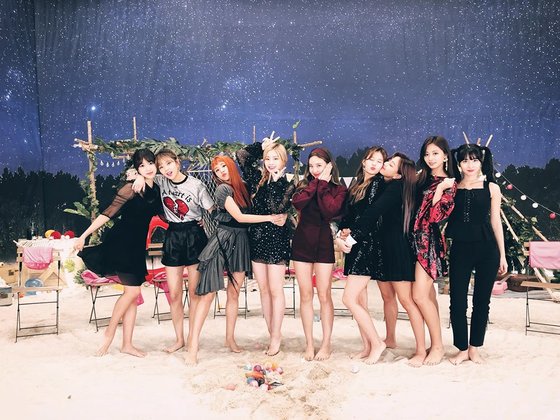