Numerous rumors are spreading about BTS' comeback with a repackage album.


Chances are high that they will return towards the end of August, but there are other speculations too. The reason so many rumors are pouring is that they are BTS.

When BTS released their third full album in May, rumors saying that they will come back with a repackage album constantly spread out. After their promotion of Fake Love ended, people started talking that they went into an album work again.

Plus, as BTS has a history of releasing a repackage album after a full album, their comeback looked practically determinate.

A repackage album(right) was released following a full album(left), Photo from BigHit Entertainment


Even in the music industry, a significant amount of movements took place, trying to figure out BTS' comeback date. As BTS sweeps No.1 and dominates all the issues as soon as they make a comeback, it's best for rest of the artists to avoid promoting during the same period with them.

In this process, the most convincing prediction was that BTS will release their repackage album at their concert held at the end of August and that after promoting the new song for a short time, they will start their world tour.

This rumor earned credibility as the same story came out from not only the pop industry but also from concert and stage setup related officials.

BTS' fandom is not less curious than the industry regarding 'my idol's comeback date'. Fans are predicting BTS' comeback date by analyzing their schedule, change of hairstyles, and spoilers from reliable officials. They are also foreseeing 'end of August comeback' as the most likely. 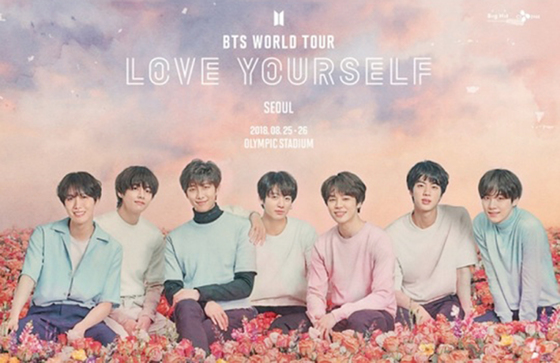 
However, unexpected rumors do exist as well. Among some music industry officials, rumors are circulating that BTS will comeback at the beginning of September.

Although it's a word on the street from a 'BigHit insider', this also is an intriguing hypothesis. Of course, chances are low, as BTS will be holding concerts in LA on September 5~6, but if they are debuting their new song in the US, there are still possibilities.

Anyhow, the most probable comeback period is the end of August.

However, BigHit Entertainment is keeping their mouth tight. They have already been questioned several times from the press about BTS' comeback date, but they always repeated, "Nothing is set in stone." It was no different for the report released on July 11, saying that BTS is to come back in August. "Comeback period hasn't been confirmed," was what the agency said.

Since everyone has to avoid BTS, and since they're the hottest right now, they have no choice but to live under heaps of rumors. In this sense, it is a pleasant fate of the number one.