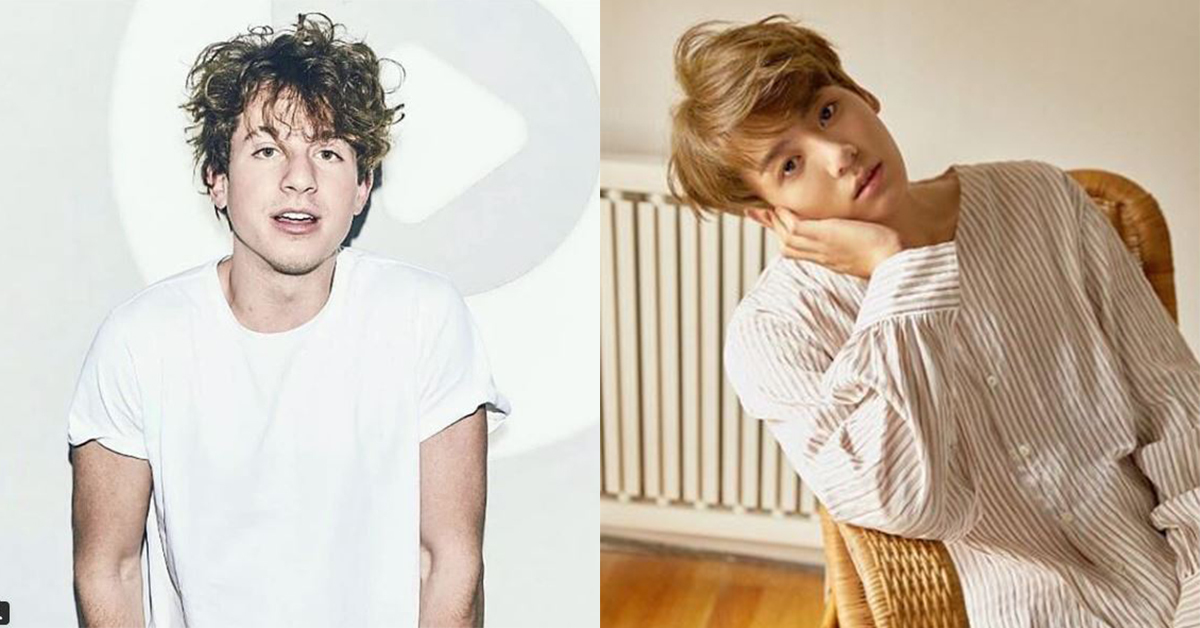 
Charlie Puth, the worldwide pop star and the biggest fan of BTS displayed his still affection toward Jungkook of the group through his Twitter.

On July 9 (KST), Charlie Puth on Twitter newly posted his latest music video with the mention "Jungkook look".
And about half a day ago, he posted "jk", " u", and "hi", publicly demonstrating his affection. 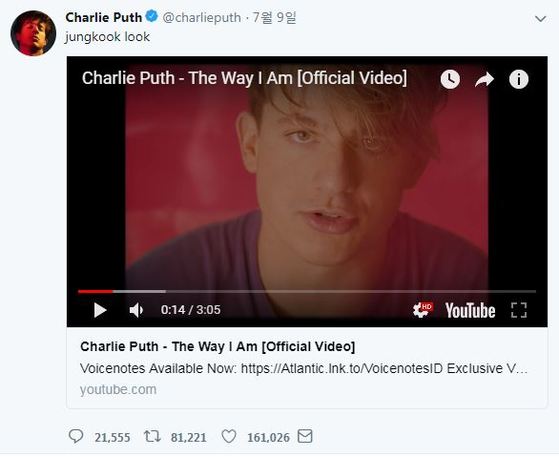 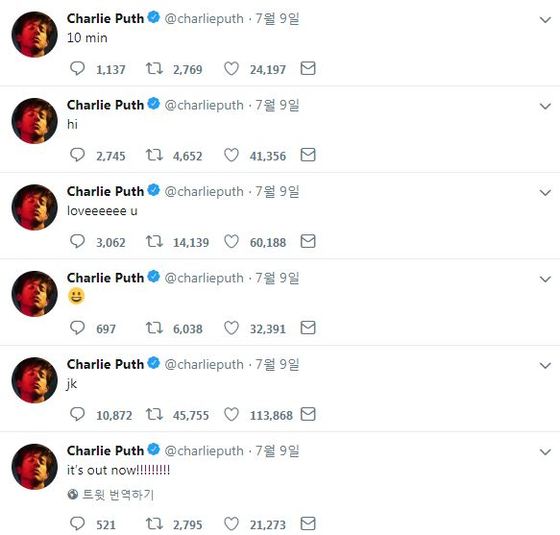 
Charlie Puth and BTS actually have special relations where Jungkook and Jimin previously covered Puth's We don't talk anymore during BTS' 2017 FESTA.
He even left a comment with a cute name mistake "Love this Jungcook".

Since then, he enthusiastically supported the group, but Jungkook in particular. From the phone interview with the Philippines press, he mentioned: "I like BTS and Jungkook".

He also has previously tagged BTS' Twitter account, asking them to check the DM (Direct Messages). And this has let netizens to show interest in the friendships between these huge celebrities.

With Charlie Puth's second performance confirmed in Korea, people are having high expectations toward the collaboration of these two artists.